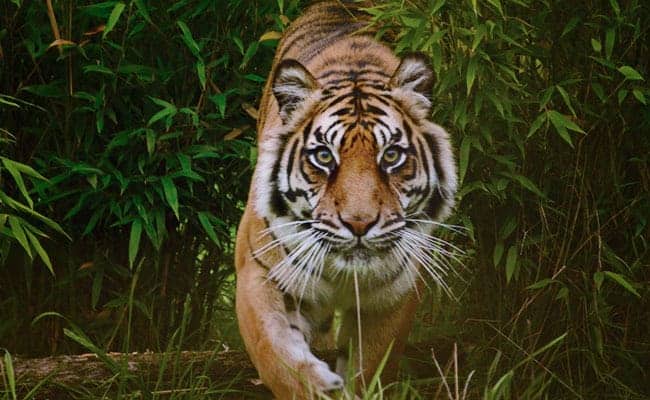 There are hundreds of UNESCO World Heritage sites around the world that have been protected because they are culturally, ecologically and economically valuable.

These sites are among the last strongholds for some of the earth’s most iconic and endangered species, including orangutans, tigers, elephants and rhinos.

Unfortunately, even though these sites are recognized for their ‘outstanding universal value,’ researchers have found they’re still being threatened by illegal activities.

According to a report just released by the World Wildlife Fund, poaching, illegal logging and illegal fishing are occurring in nearly 30 percent of natural and mixed World Heritage sites. And threatened or endangered species are being poached or illegally harvested from 45 percent of them. More concerning is that these numbers are believed to be low estimates, because the nature of illegal activities makes them difficult to track.

“Natural World Heritage sites are among the most recognised natural sites for their universal value. Yet many are threatened by destructive industrial activities and our new report shows that their often unique animals and plants are also affected by overexploitation and trafficking,” said Marco Lambertini, Director General at WWF International.

Not only is illegal activity driving endangered species towards the brink of extinction, many of who are keystone species that others rely on for survival. Sadly it’s not just wildlife that’s being put at risk. The illegal timber trade, which is valued in the billions, is devastating local habitats and ecosystems and is a major driver of deforestation.

In turn these losses hurt us all. Rainforests store carbon and provide clean water, while biodiversity and healthy ecosystems benefit local communities.

According to the report, 93 percent of natural World Heritage sites support recreation and tourism and 91 percent provide jobs, but losing species could draw in less people, and reduce incentives for keeping these areas protected, while illegal activities drive corruption and violence.

The findings have led to calls for actions to help stop illegal activities. Activists and researchers are asking for increased monitoring and protection of World Heritage sites. They’re also calling for more education, enforcement, prosecution and legislation, which will require public support and cooperation on a local to international level.

“Illegal wildlife trafficking robs the world of its natural heritage, threatens local communities and hampers global efforts to reduce poverty,” said Inger Andersen, Director General of the International Union for Conservation of Nature (IUCN). “This report is a sobering reminder of just how far this type of organized crime can reach, extending even into the supposed safety of World Heritage sites. This is a global challenge that can only be tackled through collective, international action.”