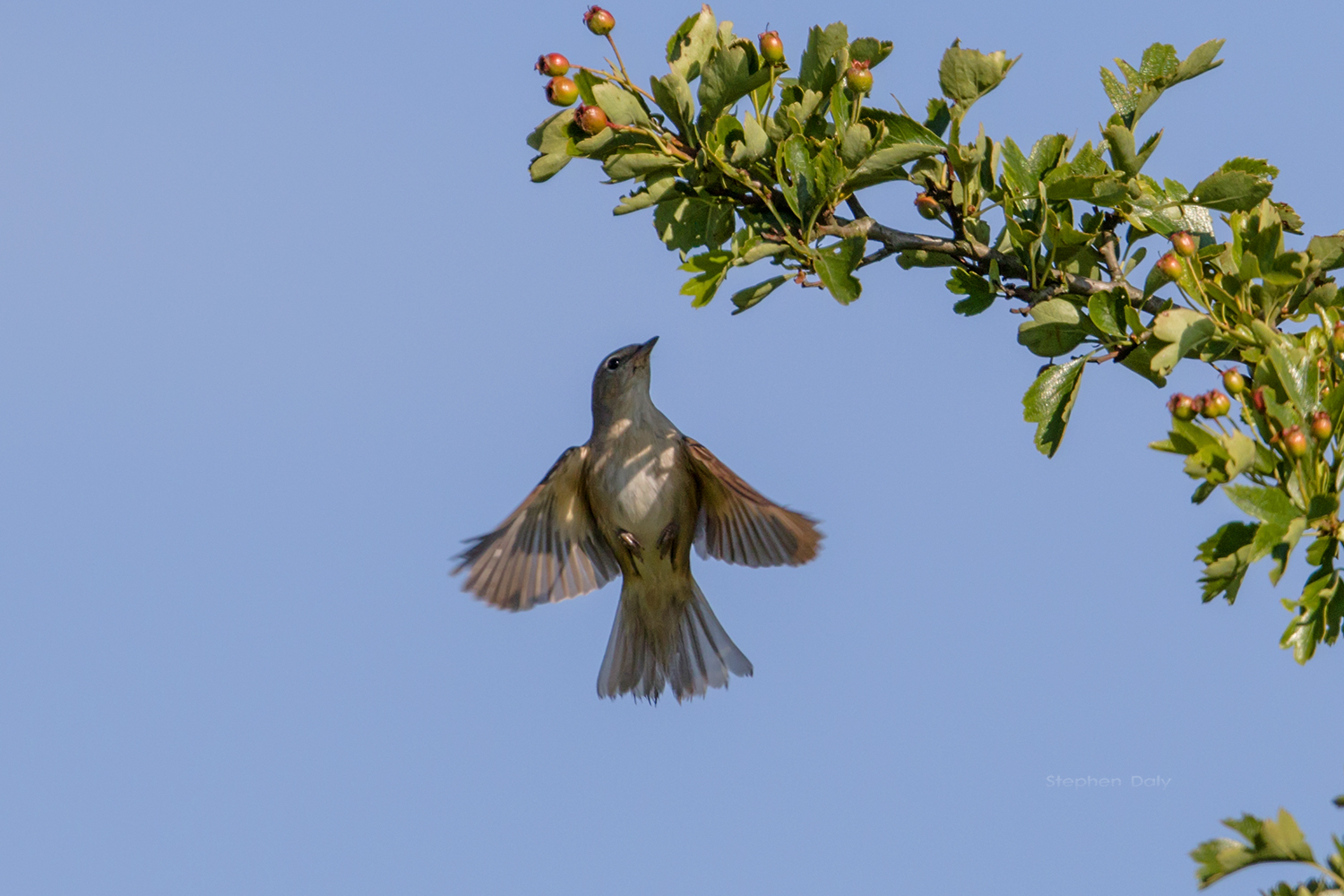 Taking photos of Common Nightingales can be tricky but flight shots are pretty rare and I was really pleased to capture a sequence of photos set on 1/2500th of a second of such a bird in ‘hovermode’, something that to me at least is a pretty rare sight.

During the breeding season and with young to feed Nightingales feed through the treeline, on the ground and in this case pick off white and blackfly from bushes. In this sequence you can see how agile the bird is and you can get a close look at the acrobatics and enjoy the form of body tail and wings of this lovely and ever declinning species. More on this subject late. 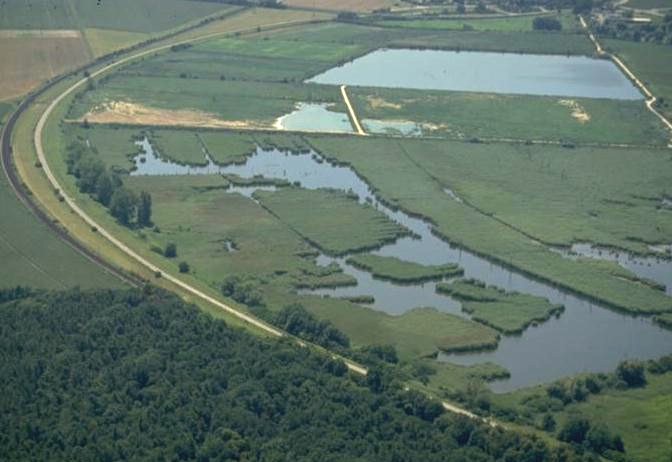 (All of the hover sequences were taken at the 223 Hectare Waghäusel Nature Reserve (Wagbachniederung) in Baden-Württemberg, southern Germany.) 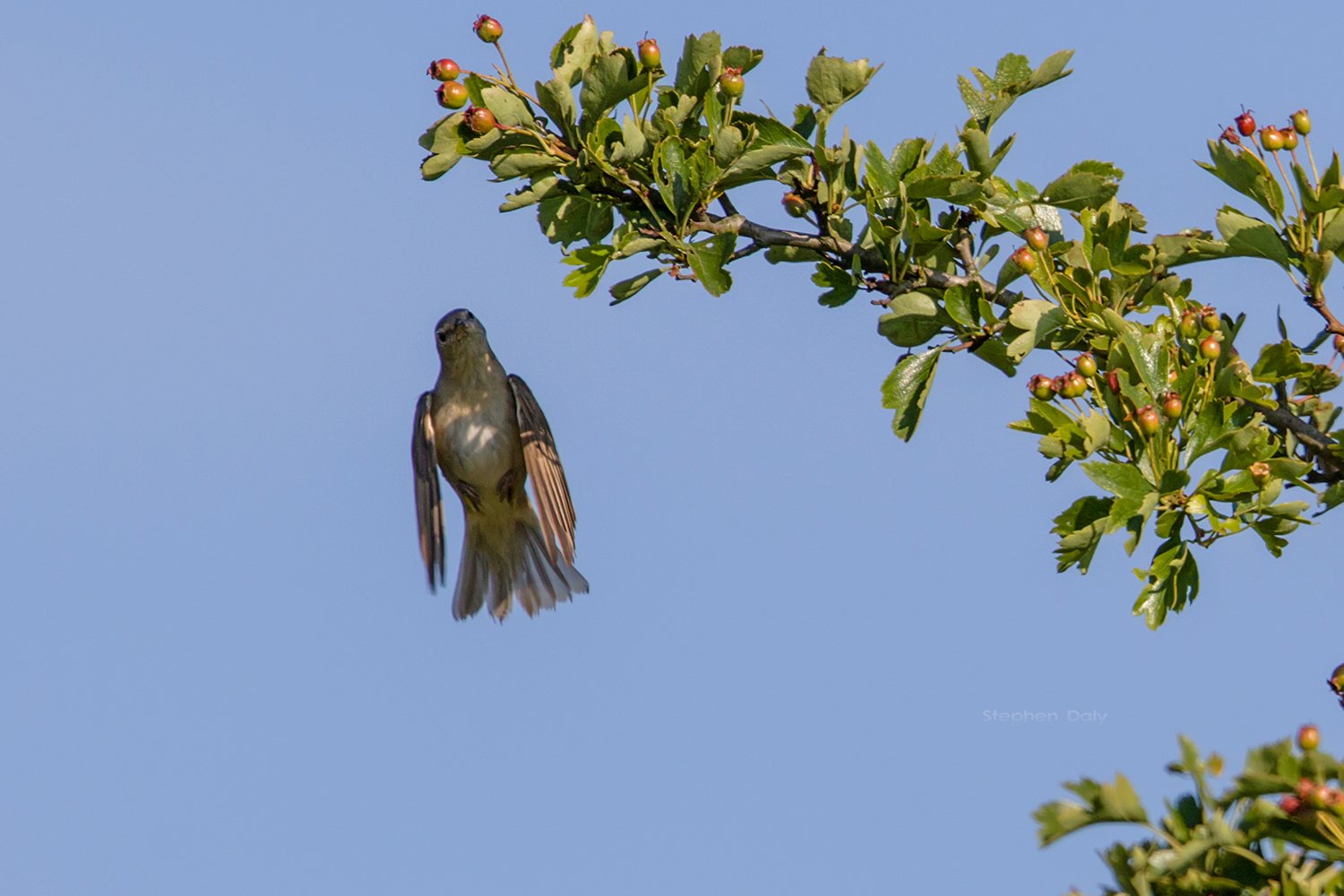 All birds, whether diurnal or nocturnal, are governed by the daily rhythm of light and dark. Onset of song in the morning, the dawn chorus, is triggered by a combination of the birds internal clock and the very first rays of light. 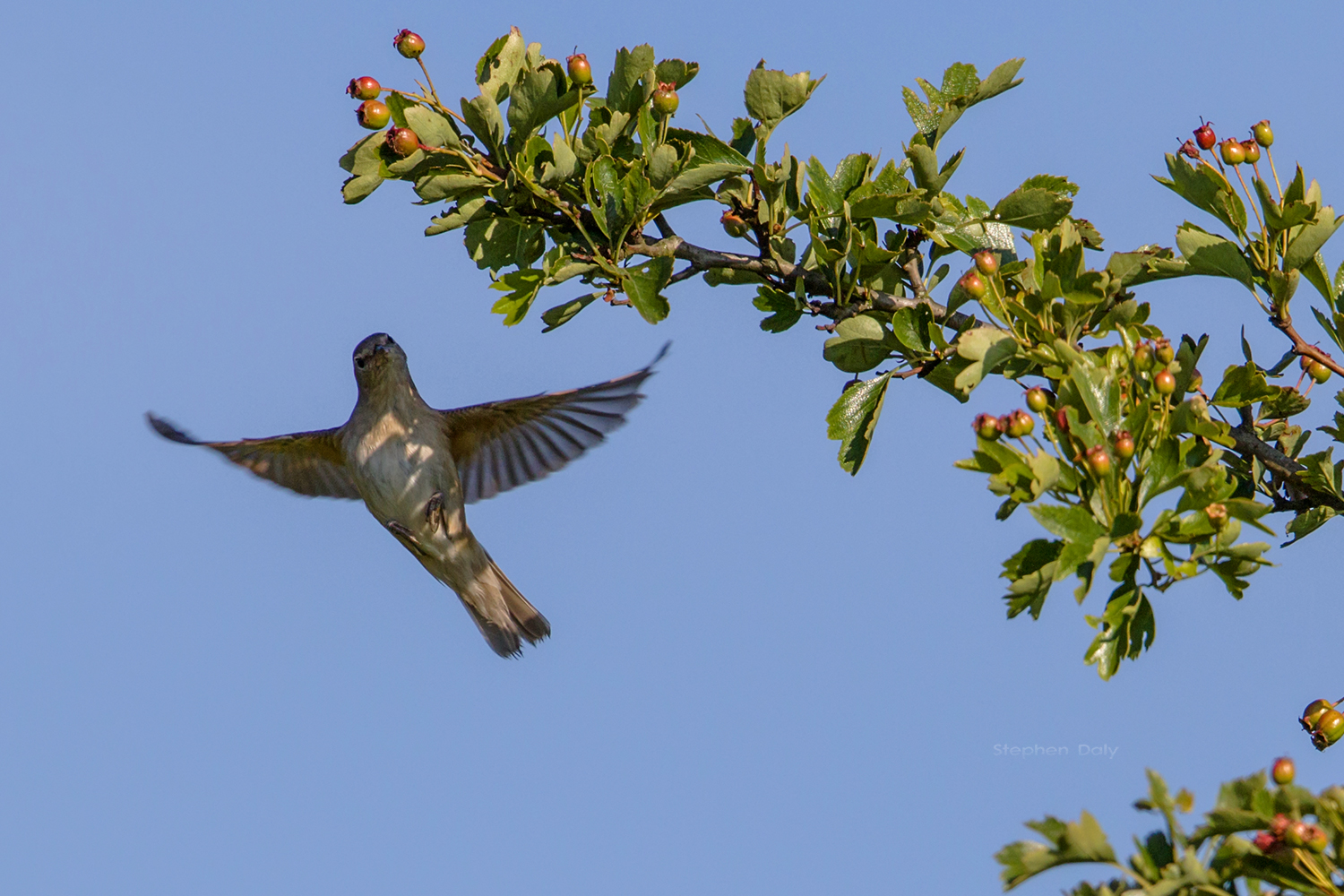 The dawn chorus is normally started by the European Robin (A garden and urban bird in the UK but not so much in Continental Europe), Common Blackbird and the Common Redstart, with sparrows and many finches being the last to join in. A very similar order, but in reverse, follows the sunset. It is thought that dawn chorus happens because birds wake up before there is enough light for them to feed and so they focus on singing instead. 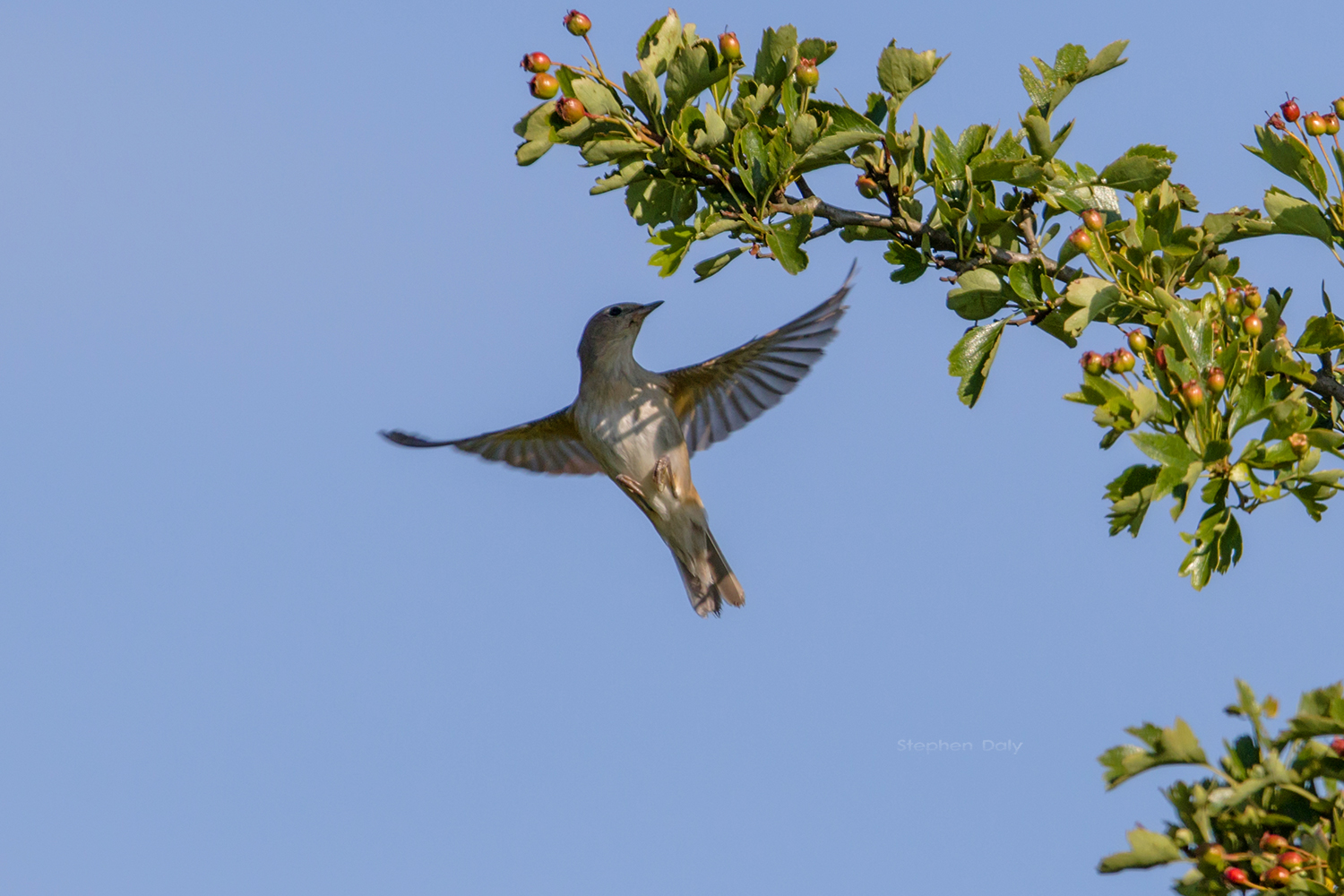 Because even low light intensities can trigger song in some birds, and because they continue singing until the last rays of light have faded in the evening, it is easy to see how the singing period could easily be extended into the night. This is indeed what often happens with song thrushes and Dunnocks, and doubtless many other species, but the unrivalled kings as daytime birds turned night-time songsters are robins.

This has resulted in dozens of reports of Common Nightingales singing in the middle of the winters night and other equally unlikely times and places, which have all turned out to be Robins. In fact, the Robin is the most common night-time songster in Britain’s towns and gardens 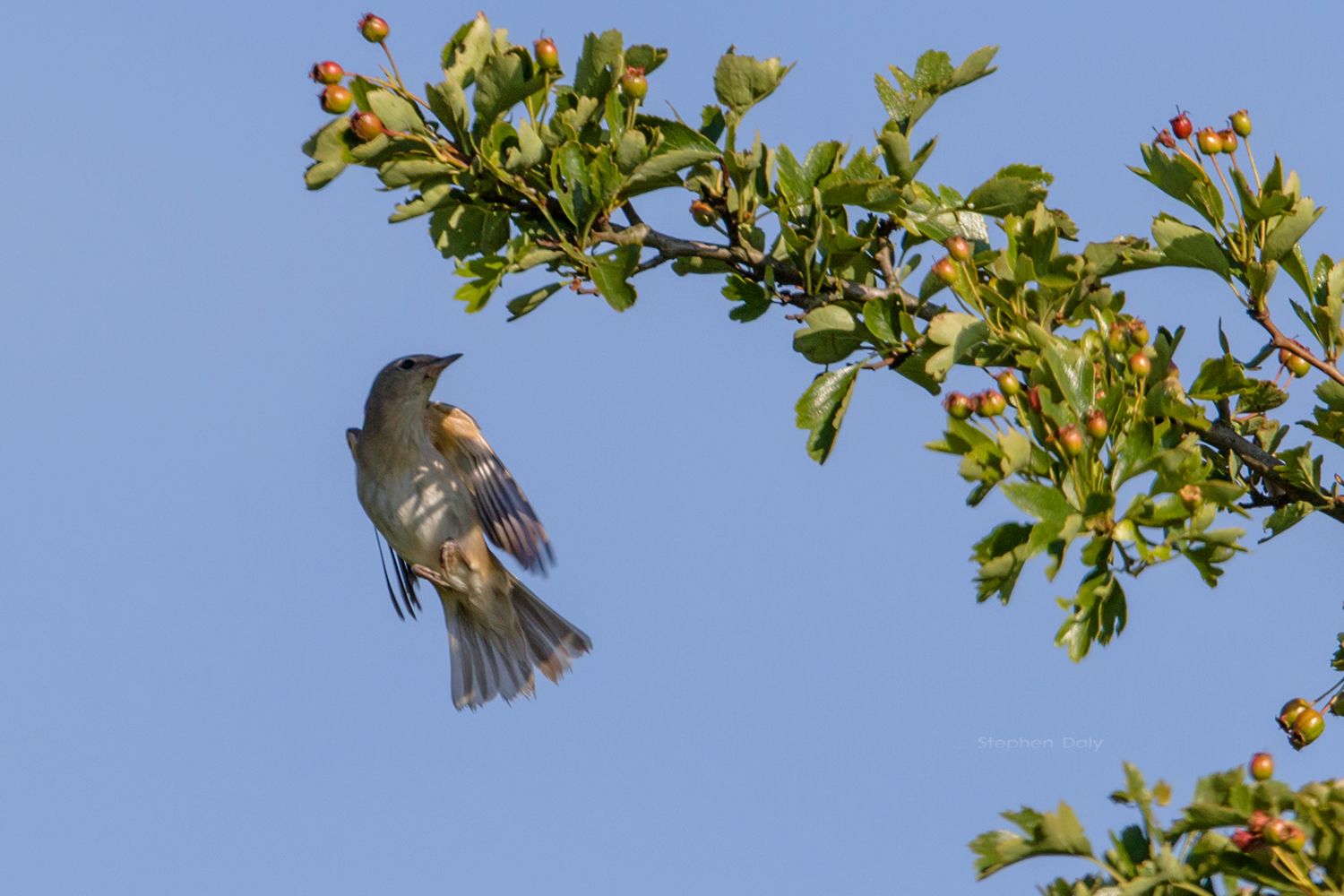 It’s now late in the season to hear Nightigales in full-flow but they do calm down and utter repeated frog-like croaking sounds which seem to be more like contact calls between young and parents. 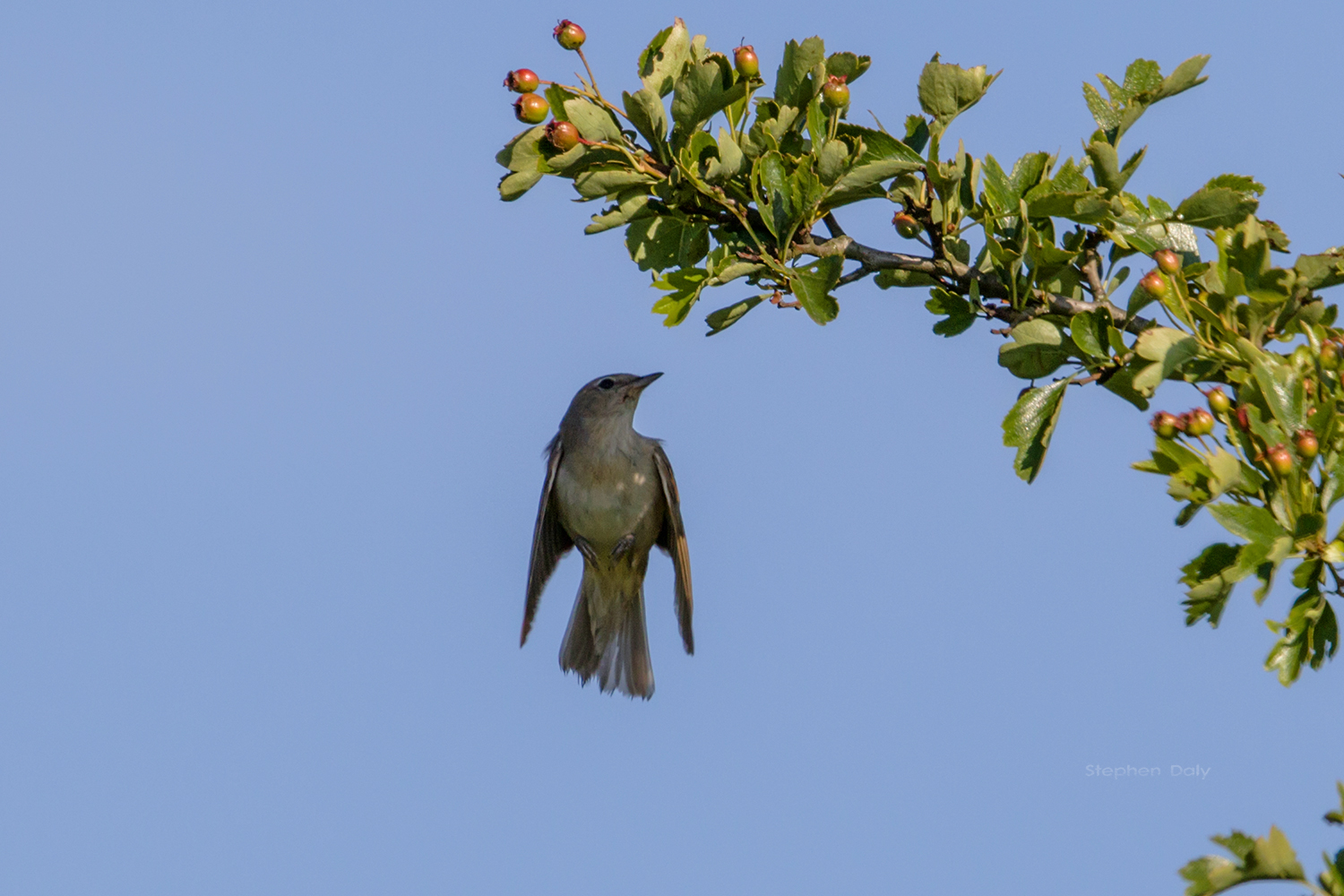 Interestingly the world’s first-ever outside broadcast took place on the new BBC radio service at midnight on 18 May, 1924, with the celebrated cellist Beatrice Harrison playing her instrument in her garden at Oxted in Surrey, as a nightingale sang along with her.

A million people are thought to have tuned in; 50,000 wrote in to the BBC to express their delight, and the broadcast became an annual event until 1942. That year, BBC engineers pulled the plug on it when they realised that the drone of RAF bombers leaving to attack Germany could be heard in the background, and they thought this might alert German spies. 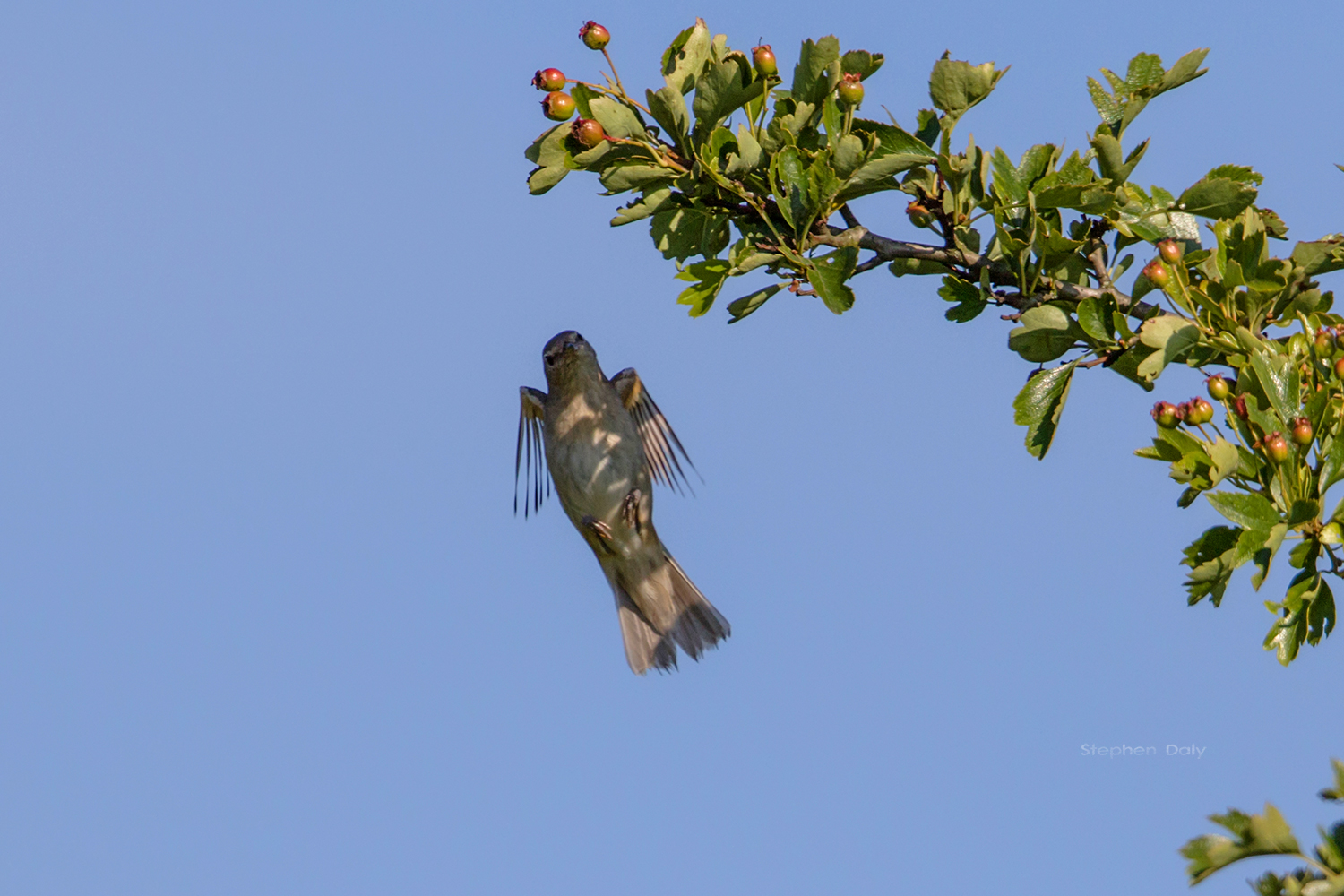 The time has now come to revive it, as the bird’s numbers are falling so fast that it is dropping out of people’s consciousness. Many have written to the BBC Director General, asking him to start the outside broadcast once again this 18 May – a week on Sunday, 90 years after it first took place – and to make it an annual event. So many of our songbirds such as this one are in decline and we need to keep a place for the Nightingale in our lives. 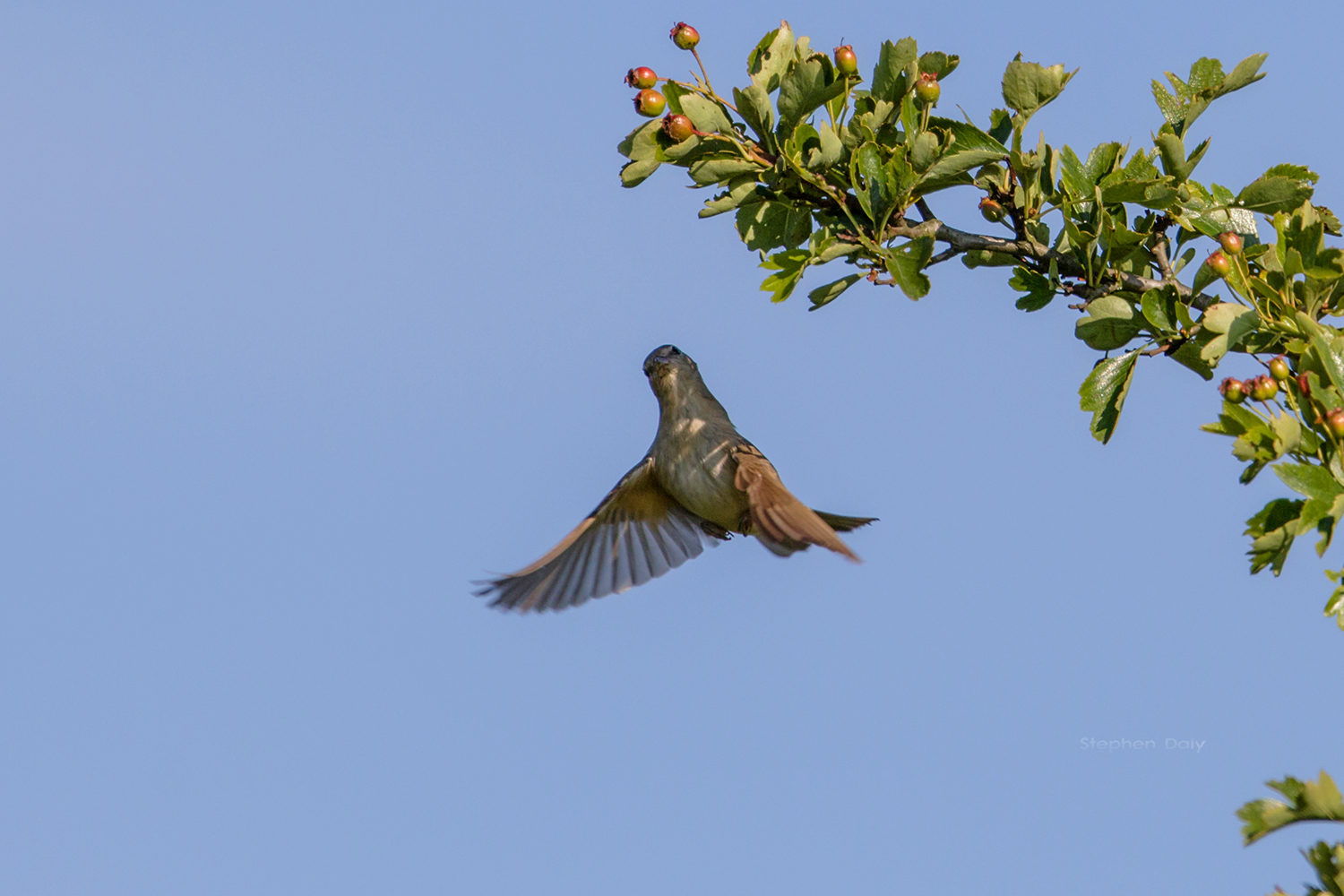 A recent petition on the 38 Degrees website managed to succeed with 3,087 signatures. More on this on a special Facebookpage and at ‘Nightingale Nights’.