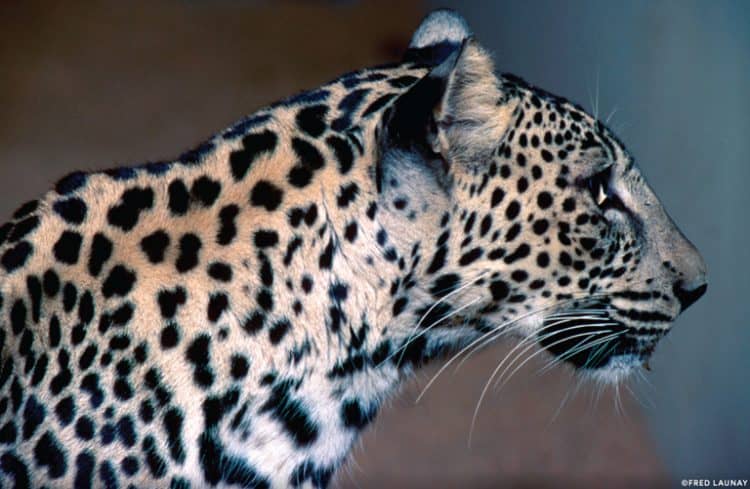 The Arabian Peninsula is home to one of the greatest — yet mostly unrecognized — species resurrection stories in recent times: the Arabian oryx.

Left for dead after it disappeared from the wild in the 1970s, this iconic species, characterized by its long straight horns, was saved from extinction by a visionary captive-breeding and reintroduction program inspired by the late founder of the United Arab Emirates, Sheikh Zayed bin Sultan Al Nahyan. This effort constituted an unparalleled conservation success that is now regarded as a case study in how to do things “right” in order to save a species.

From being extinct in the wild, the Arabian oryx was reclassified in 1986 as “Endangered” on the International Union for Conservation of Nature (IUCN) Red List of Threatened Species after its reintroduction to Oman, Saudi Arabia, Jordan, Syria, and the United Arab Emirates.

In 2011, with its global numbers increased to thousands, the Arabian oryx was the first animal ever to revert to “Vulnerable” status after having previously been listed as extinct in the wild.

Today, the Kingdom of Saudi Arabia’s Royal Commission for AlUla (RCU) aims to replicate this miraculous turnaround for the Arabian leopard — a little-studied, desert-dwelling subspecies listed as “Critically Endangered” on the IUCN’s Red List — and for leopard populations everywhere with a new $20 million commitment to the Global Alliance for Wild Cats.

Fewer than 200 Arabian leopards roam often-isolated patches of Oman, Yemen, and Saudi Arabia; the leopard stands as the most persecuted big cat in the world, and its potential loss would be catastrophic for the world’s biological and cultural heritage.

But RCU has announced a series of consequential initiatives to bring their country’s big cats back from the brink. In the shadow of the recently released (and devastating) United Nations report on biodiversity, which found that one million animal and plant species are at risk of extinction, the new Arabian Leopard Initiatives (ALI) represent a much-needed source of hope, worthy of the world’s attention and support.

Despite the ubiquity of leopard spots in fashion, leopards lack the critical mass of champions that characterizes other threatened species such as lions, tigers, rhinos, or elephants. The reality is simply that without advocates who genuinely care, the world’s most charismatic species are at the most risk.

While popular culture is putting big cats in the spotlight (as in the case of Netflix’s “Our Planet,” which captured for the first time Arabian leopards meeting and mating, or the new remake of The Lion King), world leaders must also step up.

The Commission has established the Al Sharaan Nature Reserve, which promises to become irresistible to both nature lovers and those curious about the region’s prodigious cultural and archeological footprint.

With reintroduction of the Nubian ibex, red-necked ostrich, and Arabian gazelles underway, the project is already proving its mettle as one of the world’s most ambitious landscape rehabilitation ventures. The Reserve delivers that “golden ticket” required for apex predators to flourish — namely, plenty of land in which to roam and prey to consume. But RCU will have the most global reverberations, in fact, in the launch of the Arabian Leopard Initiatives.

At the heart of ALI lies a fund whose endowment at last will ensure a sustainable future for the Arabian leopard – one in which it is easy to imagine the cat thriving across the Arabian Peninsula and beyond, as a new symbol for regional prosperity and cooperation.

The fund will support a holistic and urgent program to rigorously monitor the Arabian leopard’s population and distribution, as well as halt its decline through community conservation projects. The cornerstone will be a captive breeding program dedicated to shoring up Arabian leopard populations and reintroducing them into their former habitats.

Panthera, the global wild cat conservation organization of which I am Chairman and co-founder, will be using the very best practices in both environmental and community engagement, jointly with The Royal Commission for AlUla, in implementing their strategies.

Just weeks after the official launch of ALI, the captive breeding program has already borne precious fruit with the births of twin male and female Arabian leopard cubs to mother Hamms.

A timely source of inspiration and momentum, these cubs are also a reminder that when scientific ingenuity meets a fierce commitment to transformative conservation, a brighter future for the species — out of reach for many decades — suddenly appears within sight.

ALI seeks to shake us all out of our longstanding apathy, loudly proclaiming that species conservation is not only possible, but paramount to our collective environmental, economic, and cultural health. It not only aims to save this particular subspecies, but also create a new model combining scientific research, cultural preservation, landscape-wide ecological restoration, and ecotourism.

It is my hope that others will follow in the Commission’s bold footsteps and make the investments necessary to save the rest of the world’s critical ecosystems, and the threatened species that live within them.

Some 50 years ago, conservationists and Arab leaders faced a clear choice: let the Arabian oryx “go gentle into that good night,” to invoke Welsh poet Dylan Thomas, or mobilize with the abandon required to save a species. With the Arabian leopard, in our time, let us once again prove that “hopeless” is but a mindset.

This article by Dr. Thomas S. Kaplan, Chairman and Co-Founder of Panthera, was first published on Mongabay.com on 10 September 2019.