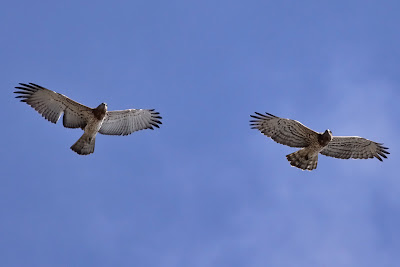 After a few weeks of westerlies and some lovely cooler weather the Levante or easterlies returned this afternoon with it’s usual stopping power.

Already many raptors are backing up prevented from crossing during the day.

Perhaps there’s a lull and during the evening or early morning birds can take a chance to cross to Africa but this is always fraught with danger if the wind kicks in again.

Short-toed Eagles are always one of the largest eagles we have that never fail to give close views when on migration on The Strait of Gibraltar. 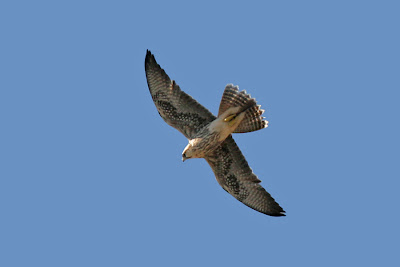 There have been a few Lanner Falcon sightings around Gibraltar and along the Strait in the last few weeks. All, as far as I understand have been juvenile birds like this one I photographed in La Janda a few years back

This last week has been particularly busy with raptor migration and thousands of Honey Buzzards have now crossed and are making their way south through Morocco. 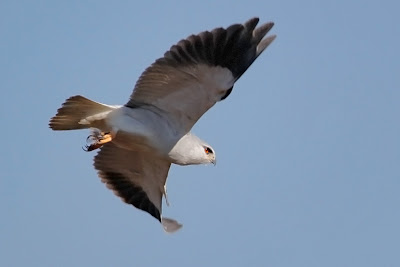 Black-winged Kites are migrants as well as being nomads and whatever direction they take is usually dominated by explosions in small rodent populations. Many winter in La Janda but they do not have any particular and regular roost. I counted eight birds at La Janda on the 31st August. 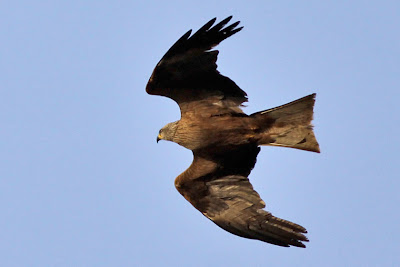 Black Kite. The iconic early migrant raptor that has been going through at a recorded rate of a few thousand a day for the past week at just two observation points.