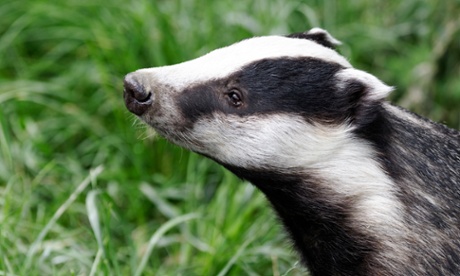 The new bovine TB control strategy to be piloted in Northern Ireland will carry out live tests on badgers with the aim of vaccinating healthy animals and culling infected ones, as part of efforts to reduce the disease in livestock.

Badgers can spread TB to cattle, and in England the government has gone ahead with controversial pilots in Gloucestershire and Somerset for large-scale culling, which a long-term “randomised badger culling trial” showed could reduce infection in herds.

But the benefit of culling large numbers of badgers was undermined by the remaining animals moving around more, infecting more cattle with the disease, the trial showed.

New research published in the journal Proceedings of the National Academy of Sciences (PNAS) warns the small-scale, selective culling approach known as test-vaccinate/remove (TVR) being piloted in Northern Ireland could have a similar effect.

The findings are likely to be a blow to those trying to find an alternative to large-scale culling of badgers to tackle TB.

Existing models had predicted that TVR could reduce cattle TB if small-scale culling did not disrupt the remaining badgers into moving around more, but if they did, TB in livestock could increase.

The number of badgers killed in the TVR approach is likely to be low, as there are limits to the numbers of badgers that will be trapped and found to be infected, and only around half (49%) of infected badgers test positive for the disease.

To predict the impact of the TVR pilot in Northern Ireland, researchers used data from the randomised badger culling trial to analyse badger movement in territories in England where previous small-scale culling had taken place between 1986 and 1998.

The analysis showed that removing a small number of badgers from a social group led to increased dispersal and wider ranging of the remaining animals, researchers from the Zoological Society of London (ZSL), Imperial College London and the University of Sheffield said.

There was also more greater influx of badgers from outside the group, individuals were less genetically related within the group and there was a higher prevalence of the bacterium that causes bovine TB.

Even removing just one badger from a social group could cause disruption, the research suggests.

And with the limits on the success of testing for TB, infected badgers will remain in the wild, potentially spreading the disease.

Culling a small number of badgers does change their behaviour, making it more likely that the situation will be worse, not better, according to Professor Rosie Woodroffe, senior research fellow at ZSL.

She said: “TVR sounds appealing because only infected badgers are killed. Unfortunately our findings suggest that the planned TVR pilot could alter badger behaviour in ways which risk exacerbating the bovine TB problem, rather than controlling it.

“This is one reason why ZSL is exploring alternative options to reduce transmission between badgers and cattle.”

The researchers have recommended that if the pilot goes ahead, there needs to be intensive monitoring of badger behaviour in place, and rules to stop the programme enforced if significant changes to the social groups are observed.

Dr Jon Bielby, research fellow at ZSL, said: “Our research is the first to look at the effects of removing small numbers of badgers from social groups.

“The results reinforce the need to fully understand the consequences of methods to control the spread of bovine TB before we embark on them. Otherwise we risk complicating what is already a very complex issue.