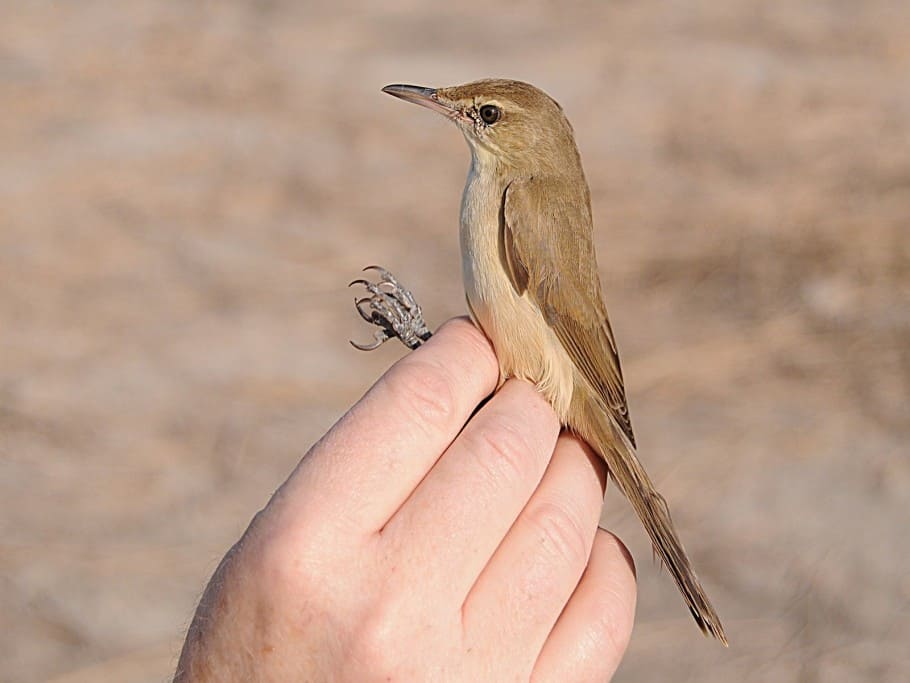 Birding in Saudi Arabia is a relatively challenging task for a number of reasons but the main one is probably not the one you are expecting. Saudi Arabia has a relatively poor press in Western countries as well as elsewhere in the world and this press makes the country out to be a dangerous place to live with hundreds of extremists and no chance of carrying a camera or a pair of binoculars. This poor press is hard to dispel as it is extremely difficult to get a visa to enter the country, but in my time living here I have only met kind and generous people who let you go about your business if you and kind and polite to them. Like most bad press it comes from people with little or no connection to the place being derided, not from people who really have an understanding for the country. Well if the issue is not the Country itself then what is the real challenge of birding in Saudi Arabia? The real issue, in my opinion, is the lack of information on the birds of the region as very few birders live here and even fewer visit. I have a list of bird reports on my website www.birdsofsaudiarabia.com with only three reports from the last ten years and only eight in total (if anyone knows of any other reports I have not covered could they please let me know). This is a shame as the country has a lot to offer birders, both in quality as well as numbers of birds occurring. Birdquest amongst others travel to nearby Bahrain, which is just across the causeway (50 kms) from Dhahran where I live, to see a few specialty birds such as Hypocolius, Mourning Wheatear and Egyptian Nightjar, all of which are easily found in Saudi Arabia, showing that if the country was opened up and the bad press reduced or refuted then birders may be tempted to bird the Kingdom. This is particularly true when you take into account many other specialty birds such as Greater Spotted Eagle, Eastern Imperial Eagle and Crested Honey-buzzard are more easily found in Saudi Arabia than in Bahrain, and this does not include ten of the eleven Arabian Peninsula endemics present in the south-west of the country, showing it would make a great foreign trip for the enthusiastic birder.

The lack of birdwatchers here is partly due to the poor press the Kingdom gets as it is difficult to attract people to the country if they think they may be arrested or killed at any moment. A very small number of birders who were not scared off by the poor press made the country their homes for a few years and some of these birders have been of a very high caliber. That said a lot of the information that has been discovered by these birders is still in their heads or published in publications with a limited readership. If this information becomes more widely available then there will be a lot to gain for birdwatchers as well as environmentalists. A limited number of books have been published on the avifauna of the region but are now many years out of data and some of the information is not as accurate as it may have been. One example is Birds of the Eastern Province of Saudi Arabia by Bundy, Connor & Harrison 1989 where Graham Bundy pers comm. said “some photos have the wrong captions (for which I plead not guilty) example on page 102 is an immature Eastern Imperial Eagle not a Booted Eagle; page 175 lower figure is more likely Variable Wheatear Oenanthe picata and not Pied Wheatear; 176 is a Northern Wheatear and opposite the Desert Wheatear is an Isabelline Wheatear. Page 70 is a falconers bird and the plover on page 70 is a Lesser Sand Plover and not a Greater Sand Plover”. This book is still an excellent piece of work, in fact it is the best book published solely on the Birds of Saudi Arabia, but shows the issues that occur with some of the published records and the lack of recent updates.

Trying to gain permission to ring birds in the Kingdom of Saudi Arabia is another problem even though there is already a ringing scheme set up, which is governed by the Saudi Wildlife Commission (SWC), who have all the ringing equipment including their own rings. The issue is getting through to the people who matter in the organization to gain permission to ring as there are ringers who would like to ring in the country but as of now we have not progressed on this matter. Another issue with the ringing scheme in Saudi Arabia is that much of the original data is held privately or has been lost. If we could gain permission to ring and set up a database for the ringing details and recoveries it would add greatly to the knowledge of the birds of the Kingdom including bird movements, longevity, mortality and morphology.

All these issues make birding in Saudi Arabia more challenging that it should be, as even finding details of birding locations can be difficult. This lack of information, no dedicated Saudi Arabia bird recorder, and no place for records to be easily stored has hampered the ability of foreigners and locals alike to increase their knowledge of Saudi Arabia’s importance for birds and the habitat that they live in. Writing a blog like mine at www.birdsofsaudiarabia.com or other blogs on birds in Saudi Arabia such as http://birdingforalark.blogspot.com/ or http://gonepishing.blogspot.com/where a lot of information is stored, is one small way of increasing the knowledge of the birds of the area for people both inside Saudi Arabia as well as outside the country. Already I have been contacted by a number of local people who are willing to try to increase the knowledge of the local population about the birdlife and habitats around them which in turn will empower the local youth with marketable skills (eco-tourism) and knowledge that can help advance their lives while assisting with biodiversity research, monitoring and conservation. Everyone knows the power of the internet, and small blogs can help with conservation issues even if only in a very small way, but again everyone knows the proverb ‘from a small acorn a great Oak grows”. I am convinced that by increasing the awareness of the local population in Saudi Arabia as well as continuing to spread the word on how important a number of areas are for birds and wildlife in the Kingdom more can and will be done to safeguard these birds and habitats.

Not all is doom and gloom in Saudi Arabia on the bird front with one massive step forward being the publication of Mike Jenning’s Atlas of Breeding Birds of Arabia (2010). If you live in this region you will know how difficult it is to get anything done and Mike has managed to get an entire breeding bird atlas together for the region almost single handedly (with help from the contributors in the field of course) which is a truly amazing effort. Another plus is that almost any birding location that is found and much of the information that is currently being gained from being out here is valuable and should be shared with as many people as possible to increase the awareness of bird distributions and movements. The Kingdom of Saudi Arabia is important for ornithology, both for its resident birds as well as for migrants and is on important migratory pathways. The area also serves as a globally important stop off site for birds migrating from Asia to wintering spots in Africa and from wintering areas in Africa to breeding areas in Europe and western Asia. I have personally found the birding here much more interesting and rewarding than I thought would be the case before I came, with the spring migration period being particularly good for bird numbers and species. I will keep you all updated on any interesting happenings in the Kingdom of Saudi Arabia so please keep looking for more posts.

For further information on birding in Saudi Arabia or to see what I have been seeing lately on my local ‘patch’ or elsewhere in the Eastern Province, as well as ringing in Bahrain please log into my website at www.birdsofsaudiarabia.com

Fascinating article about the challenges of birding in Saudi Arabia. This is an area of the world, which to most people remains shrouded in mystery. Great shots of Egyptian Nightjar and Clamorous Reed Warbler. Looking forward to learning more about this birding in this interesting country.