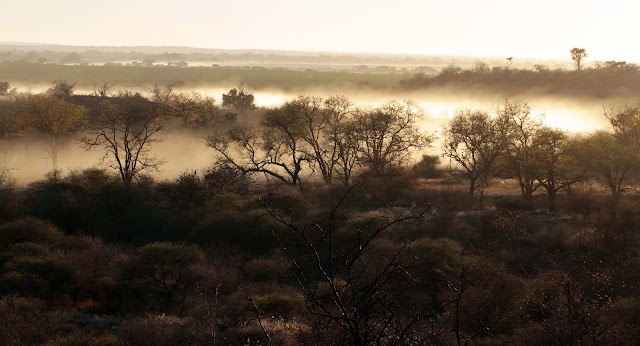 I spent the weekend walking in one of my favourite spots in this country, Borakalalo NP. Situated in South Africa’s North West province this accessible and well-known jewel has, until recently, been a haven for birds and animals alike. Even so, rhino poaching and other isolated incidents of baseless brutality and the proliferation of wire-snares has sadly tarnished this once-pristinereserve.

As people we’re oftendesensitisedto common-place images of violence and brutality. Ours is a systematic reduction in emotional reaction. Sometimes however, reality breaks through this physiological fog, if you like, in the most subtle of ways. It’s this awakening that’s always the most difficult to accept. 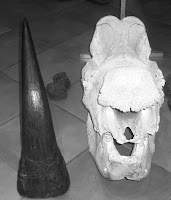 Current statistics beggar belief and reveal the harsh reality of rhino-poaching in this country. 230 animals have been confirmed killed this calendar year alone. Many more flee the contact-scene wounded only to perish later. Calves orphaned under these senseless circumstances face little hope of survival. 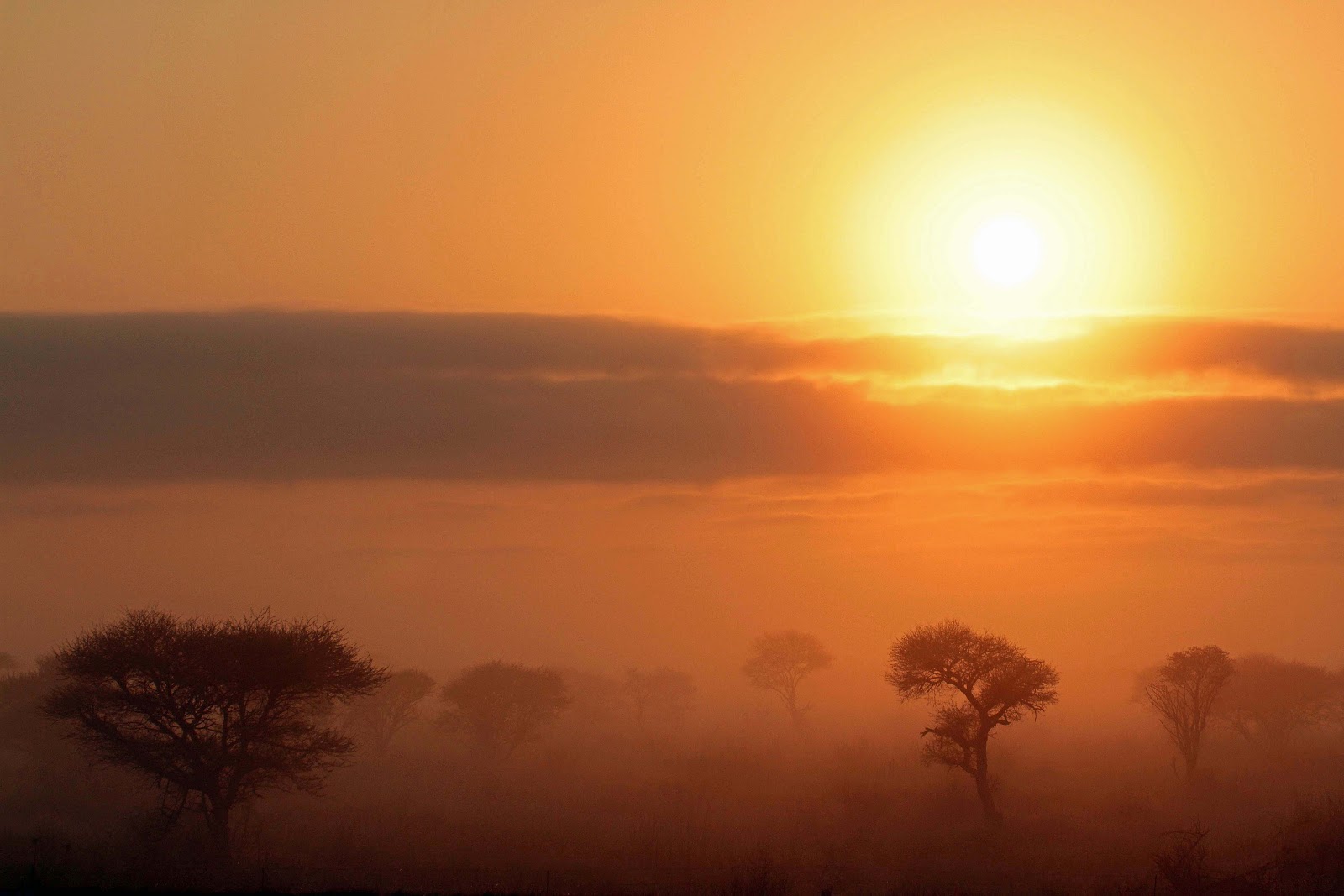 Whilst I walked through the reserve in the early light it was like visiting an old friend. The weather was perfectly African and the bush was mostly lush. In the heavens above, in the canopies around me and on the waters nearby, birds went about their daily business. Game was scarce, usually a falsity or an illusion for those people whose unaccustomed footfalls resonate loudly. Sign was everywhere.

Expecting rather than hoping to see rhino I kept an eye out for the usual tell-tale signs of activity without success. Later that morning I made a more determined point of looking for rhino. Later still I concentrated solely on finding rhino or at the very least some evidence of recent activity. 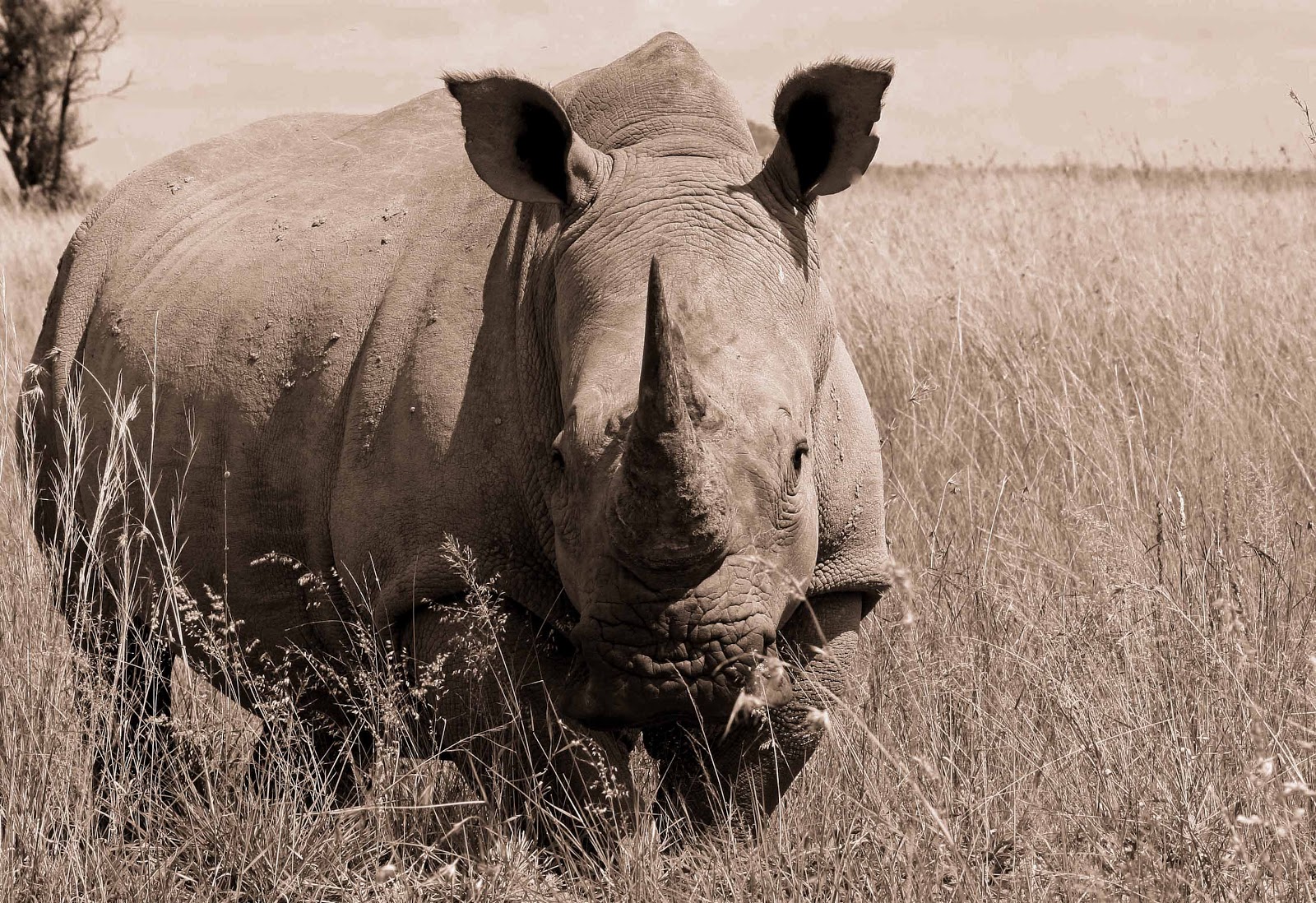 Dung-middens were commonplace; none fresh. Sign was old, very old. All the while large-calibre rifle-shots echoed incessantly across the valley. Armed security revealed later that the Rhino Protection Unit (RPU) was on site training staff. Borakalalo has sadly lost its innocence. Blood has been spilt.

In the late evening when game in this area often come to water I searched the usual haunts. Still no rhino. No fresh sign. None. Anywhere. 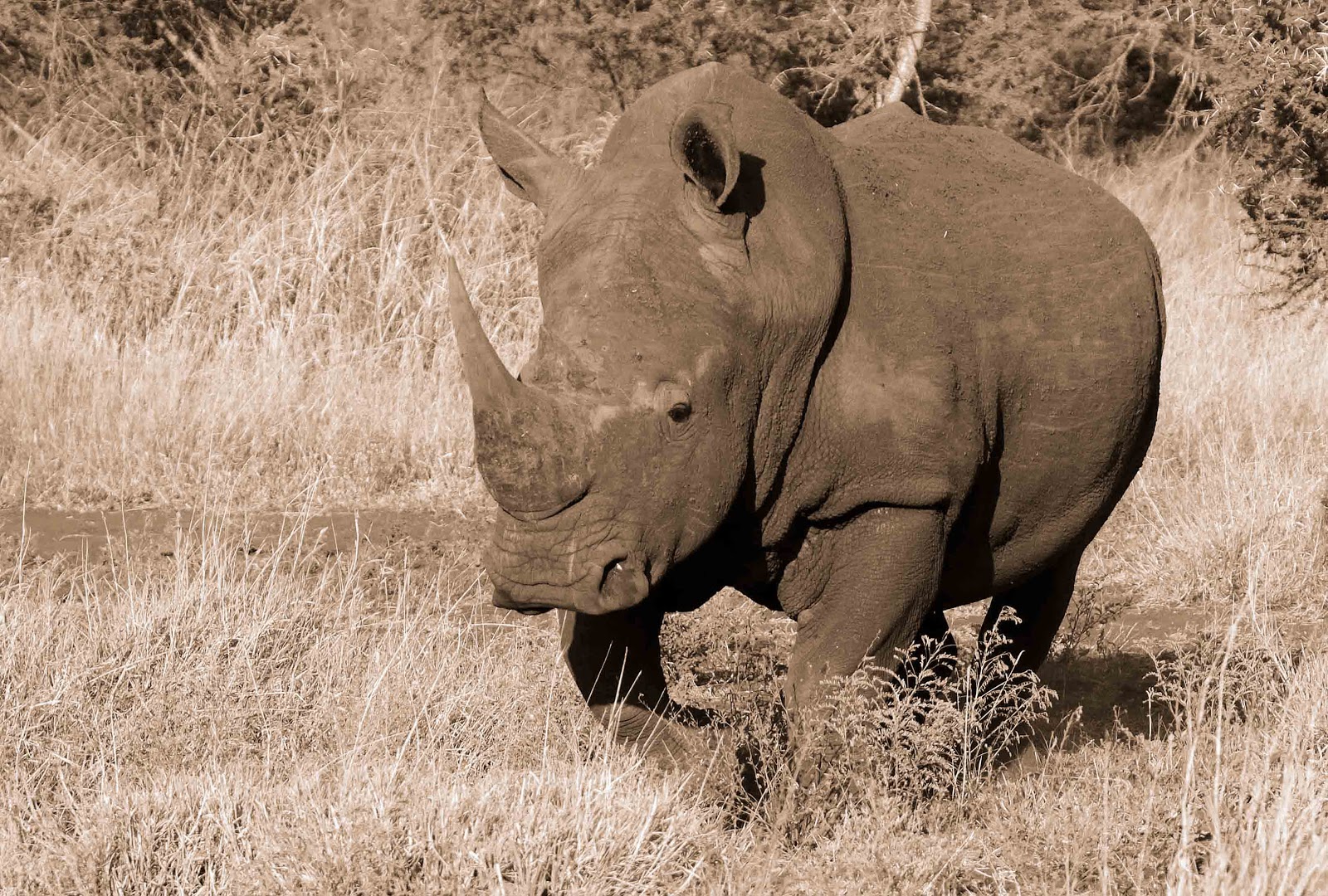 I’d like to think that rhino still roam these parts. Even so, I never found any.This is not how it’s always been, certainly for as long as I can remember.

The evening hush around the fire holds more poignancy for me now. Stoking the coals, whilst contemplating the quiet, lends itself to an introspective examination of our own faults and failures. When rhino are wiped from the earth will humanity come crashing down? In our quick-fix world of instant gratification and fickle emotions, how will history record their passing? Will those of us who knew them well miss them most of all or will our children record our failure to mind the keep?

He’s not much but he’s a piece in this great puzzle that binds all life and an integral link in the fabric that makes us human. We are seemingly, irretrievably so, on the road to nowhere. 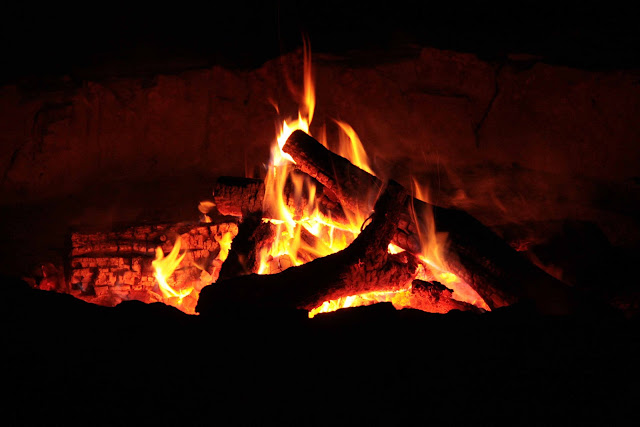 Mark & Alisha Kirk are committed amateur naturalists with a specific interest in Southern Africa's birds. Mark, an attorney by training, has spent the better part of his professional career in the financial services industry. He is the Chairman of a leading Family Office. Alisha, an accountant by training, is a senior manager at Africa's largest travel company. They live in Johannesburg with their three children. This calendar year Mark & Alisha are attempting to see 800 bird species and more in the Southern Africa region. Their blog documents the adventure.

Mark & Alisha Kirk are outdoor enthusiasts & amateur naturalists with a specific interest in Southern Africa's birds. Mark, an attorney by training, has spent the better part of his professional career in the financial services industry. He is the Chairman of a leading Family Office. Alisha, an accountant by training, is a senior manager at Africa's largest travel company. They live in Johannesburg with their three children. This calendar year Mark & Alisha are attempting to see 800 bird species and more in the Southern Africa region. Their blog documents the adventure.

I don’t know enough to comment with any degree of authority. In that context then it seems the solution lies with Eastern governments rather than Western governments. Sadly a member of the public has, as I write this, reported another poached rhino in plainl view in the Kruger National Park. Many lives have been won & lost; human and animal. Even so we’re no closer to a solution. A big stick & a pile of cash isn’t working unfortunately.

I could not agree more I cannot understand why Western governments are not helping more.

Thanks Ken. I can't seem to reply to your comment directly so I'll do so here if you don't mind. On the rhino specifically, even living here as I do, you only appreciate the perilous position of free-roaming rhino when witnessed firsthand. We've all, largely, become immune to the mostly repetitive reports on the issue in mainstream media. It's tragic, unnecessary and quite frankly, the writing's on the wall if we don't find an agreeable solution for all concerned and quickly.

Mark, welcome to our blog – fascinating article about your homeland – but tragic that this iconic beast is no longer to be found there!