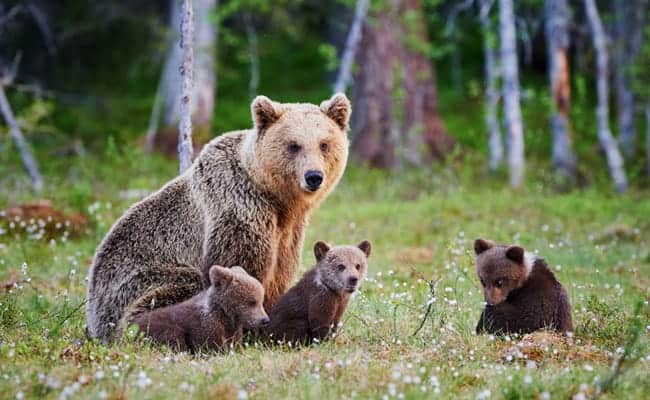 After more than a decade of campaigning by conservationists, trophy hunters will finally stop senselessly killing grizzly bears in British Columbia.

The province’s spring and fall grizzly hunts have drawn widespread opposition from the public and conservation organizations since they were restarted over a decade ago, but they’ve been allowed to continue.

Although population numbers have been disputed, the government estimates there are 15,000 grizzly bears in British Columbia, and approximately 250 are taken by hunters every year.

Some continue to argue that these hunts, and trophy hunting in general, are a necessary management tool, and that the money brought in from permits benefits conservation. But grizzly bear advocates have continued to challenge those arguments, and have raised awareness about how cruel, unethical and unsustainable these hunts really are, especially for a large carnivore who already faces a number of other threats.

Trophy hunting also poses a serious threat to opportunities for bear viewing, which has been shown to be worth far more to the economy than allowing people to kill them for entertainment.

This week, grizzly bear advocates are celebrating a major win after the government announced that as of November 30, trophy hunting will be banned throughout the province and any hunting of grizzlies will be permanently banned entirely in the Great Bear Rainforest.

“By bringing trophy hunting of grizzlies to an end, we’re delivering on our commitment to British Columbians,” said Doug Donaldson, BC’s Forest Minister. “This action is supported by the vast majority of people across our province.”

Donaldson attributed the change largely to public opinion, telling the Toronto Star, “People in the province have come to their understanding, their point of view that the trophy hunting of grizzly bears is not a socially acceptable practice in B.C. in 2017.”

Unfortunately, the news is bittersweet because this year’s fall hunt will still continue and concerns have been raised about a stipulation that will allow hunters to kill grizzlies for meat.

“Ensuring a so-called food hunt, all trophy parts of the bear, e.g. the head, the hide and the paws, would have to be surrendered by hunters to provincial wildlife authorities,” said Chris Genovali, executive director for the Raincoast Conservation Foundation. “That said, virtually no one legitimately hunts grizzlies for food, killing these bears is strictly a trophy hunt.”

Over the coming months, the government will be working with First Nations and other groups to determine the next steps, while grizzly bear advocates will be keeping the pressure on to ensure that there are no loopholes that can be exploited.

“There is simply no scientific, ethical or economic rationale to continue the trophy hunt and banning it will be celebrated around the world,”said Pacific Wild’s Krista Roessingh. “We urge the province to make the ban complete and not allow for the loophole of killing grizzly bears for meat instead of for a trophy – no one hunts grizzly bears for meat so this should be simply taken off the table.”

For more updates and info on how to help, check out the Raincoast Conservation Foundation, Pacific Wild and Wildlife Defence League.

We invite you to share your opinion whether the trophy hunting of Grizzly Bears should be banned? Please vote and leave your comments at the bottom of this page.