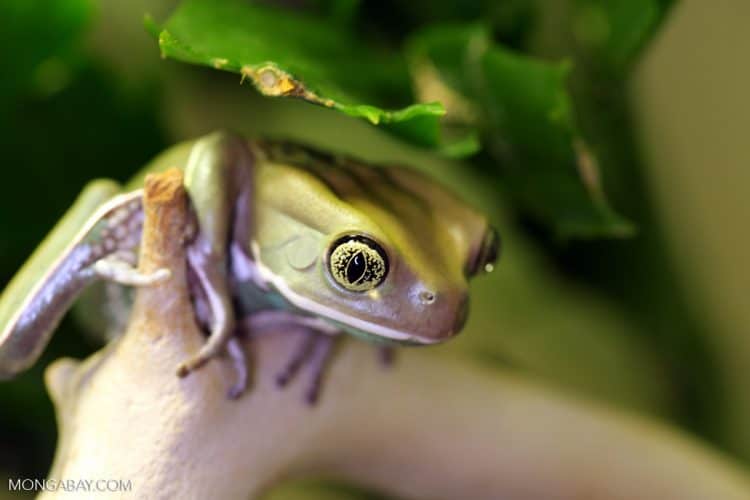 One reserve is already gone and ten others are likely to go within the next few weeks when the legislature of one of Brazilian Amazonia’s most anti-environmental states votes on overriding a veto from the state governor.

The ARPA program is funded by Brazil’s Ministry of Environment (MMA), the Brazilian Fund for Biodiversity (FUNBIO), the World Bank’s Global Environment Facility (GEF) and the German government’s bank for international cooperation (KfW) and agency for cooperation (GTZ), plus the Worldwide Fund for Nature (WWF).

The 11 protected areas were created by the previous governor on March 20, 2018. One week later, the state legislature, which is dominated by agribusiness interests, unanimously passed a law revoking the 11 reserves. But in July the courts struck down that law. In the meantime, the governor who had created the reserves stepped down in order to run for the Federal Senate.

According to the head of state government’s Secretariat for Environmental Development, the members of the state legislature reached an agreement with the new governor: They would release the funds needed to pay the state government’s employees if the governor would approve revoking the largest of the reserves – 178,948-hectare Soldados da Borracha Ecological Station.

On the morning of September 25, the governor submitted a bill to the legislature proposing to revoke this reserve. But the legislators immediately attached a rider to the bill also extinguishing the other 10 protected areas, and that same afternoon they approved the law extinguishing all 11 reserves with no debate, as well as no public consultation or technical study. In the speeches celebrating the vote, one of the leaders of the state legislature explicitly stated that the Legislative Assembly is composed of “ruralist deputies who have commitments to society in general in the state of Rondônia, but mainly to agribusiness.”

On October 5, a group of 60 non-governmental organizations petitioned the governor to veto the law in its entirety. On October 16, the governor issued a partial veto, approving revocation of Soldados da Borracha Ecological Station but rejecting the clauses extinguishing the other 10 reserves. The legislative assembly now has 30 working days to vote on overriding the veto. Given the unanimity of previous votes, approval of extinguishing the remaining reserves is virtually assured. The courts may be the final arbitrators.

Rondônia is notorious for its high deforestation rates. This state has higher species richness than many parts of Amazonia and is a key region for species loss. Rondônia is also known as one of the states in Brazil’s Amazon region that gives the least attention to the environment. Little forest remains outside of indigenous lands and the “conservation units” that are protected by federal or state environmental agencies.

Four of the 11 protected areas to be abolished are “sustainable development reserves” with traditional communities that would lose their land rights, creating even more rural conflicts. Land conflicts already make Rondônia the state with the highest rate of rural murders in Brazil.

With the 11 reserves revoked, one can expect little delay before the forest in these areas succumbs to the chainsaws.

This article by Morgan Erickson-Davis was first published on Mongabay.com on 31 Oct 2018.