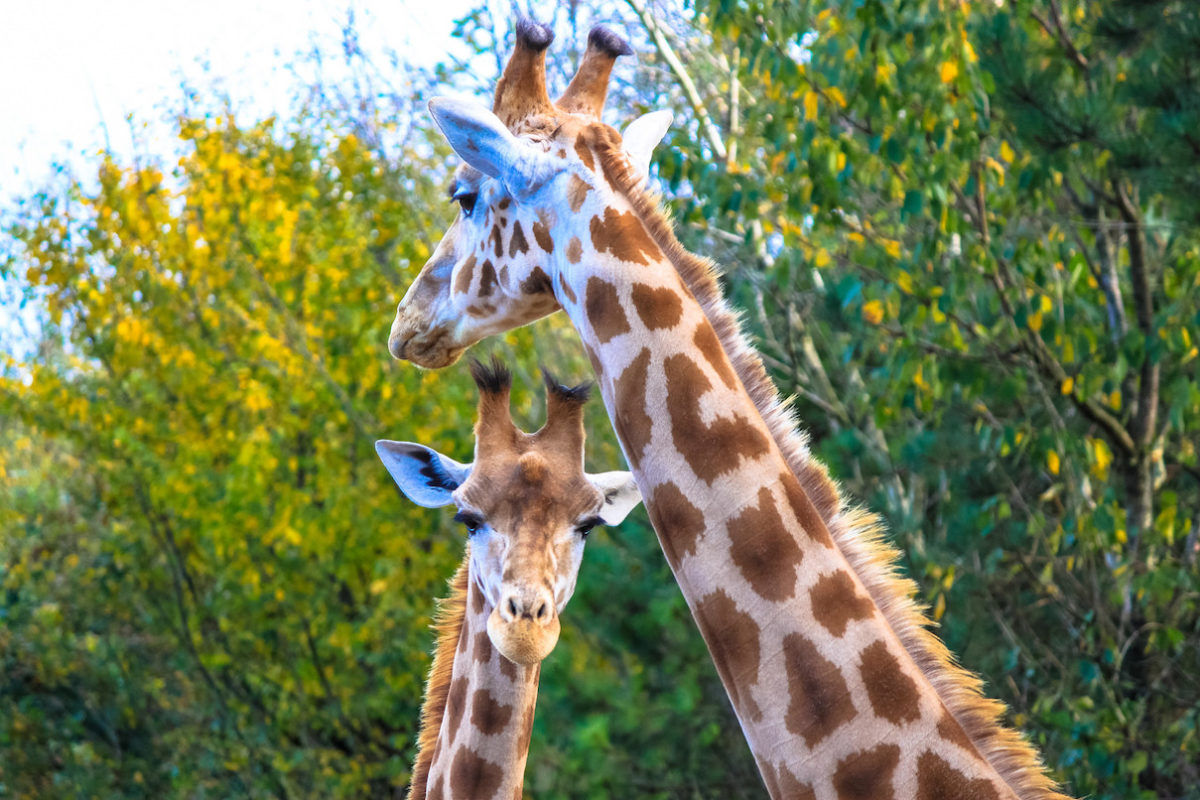 Skinned, stuffed and tanned, wild giraffes are up for sale at dozens of stores across the United States. While importing and selling wild giraffes and giraffe products, such as giraffe rugs and taxidermied trophies, is legal in the U.S., conservationists and animal welfare advocates say these practices are nudging the species closer toward extinction.

On Oct. 15, a coalition of groups, including the Humane Society of the United States (HSUS), Humane Society International (HSI), and the Center for Biological Diversity, filed a notice of intent to sue the United States Fish and Wildlife Service (USFWS). The federal agency is tasked with managing wildlife and natural habitats, but the groups say it’s failing to protect giraffes (Giraffa camelopardalis) through the nation’s Endangered Species Act (ESA).

Three years ago, the coalition had petitioned USFWS to uplist giraffes as an endangered species through the ESA, but the agency failed to respond, even though it’s legally obligated to do so within a year, Laura Smythe, staff attorney at HSUS, told Mongabay in an email. The groups filed an initial lawsuit against USFWS in 2018, which prompted the agency to say that giraffes may qualify for protection under the ESA — but no further steps were taken, according to HSUS.

The agency’s inaction, Smythe said, implies that it is “catering to the special interests of trophy hunters, and not doing what is in the best interest of the species.”

“[T]he U.S. Fish and Wildlife Service has made a habit out of failing to meet its statutory deadlines regarding petitions to list species under the ESA,” Smythe said. “In fact, the agency only made its initial determination that the species may qualify for listing after we brought it to court. Yet, there have been no further actions from the agency since.”

The groups argue that trophy hunting poses a substantial threat to giraffe populations, which have seen a 40% drop over the past three decades. Current estimates say there are only slightly more than 68,000 mature adults remaining in the wild, and the IUCN lists the species as vulnerable.

Between 2006 and 2015, trophy hunters legally imported 3,744 giraffe hunting trophies into the U.S. — equivalent to more than a giraffe a day — and an additional 1,402 giraffe bone carvings, 4,789 bones and 3,008 skin pieces were brought into the country, according to the coalition. Smythe told Mongabay it had acquired this data from the USFWS’s Law Enforcement Management Information System (LEMIS) database through a freedom-of-information (FOIA) request.

The groups have not managed to obtain data for the last five years, despite annual FOIA requests for LEMIS data, Smythe said.

“Because of the agency’s lack of transparency, the public unfortunately has no way of knowing how many giraffes or giraffe parts have been imported into the U.S. in the last five years, or where they have come from,” she said. “Since giraffes were listed under CITES in 2019, the CITES trade database will give us some idea of the numbers of giraffes being traded internationally in the future. However, there is about a two-year lag for most CITES data, so none is yet available for giraffes, and the CITES data are not nearly as detailed as LEMIS data.”

Giraffes are currently listed under CITES Appendix II, which places restrictions on international trade, but doesn’t prohibit it. If giraffes were added to the ESA, hunters and traders would need to obtain special permits to import or sell giraffe or giraffe parts, which Smythe says would “significantly limit the U.S.’s contribution to the extinction of the species.”

“Giraffes are in serious danger of extinction, and that is why the U.S. Fish and Wildlife Service must act quickly to list the species as endangered under the Endangered Species Act and put in place necessary restrictions on trade,” she said.

Mongabay reached out to USFWS, but did not receive a response at the time of publication.

However, the issue isn’t as straightforward as it appears, says Julian Fennessy, a giraffe expert and director of the Giraffe Conservation Foundation (GCF).

While the IUCN only recognizes one giraffe species, Giraffa camelopardalis, and nine subspecies, GCF classifies giraffes into four species: Masai (G. tippelskirchi), southern (G. giraffa), northern (G. camelopardalis) and reticulated giraffe (G. reticulata), as well as five subspecies. According to Fennessy, it’s the southern giraffe that tends to be legally hunted for trophies, but this species is doing much better than its counterparts. Using the IUCN’s terminology, the southern giraffe’s conservation status would be ranked as “least concern,” he said.

“Giraffe legal trophy hunting or [hunting] for legal meat is not having an impact on the overall population of giraffes in Africa — it’s not causing a decline,” he told Mongabay. “It’s a moral issue about hunting giraffes, or any other animal, whether it be in Africa or the world.”

The bigger threats to giraffes are illegal hunting, habitat loss and fragmentation as well as human-wildlife conflicts, he said. The most threatened giraffe species of the four is the northern giraffe, which would be considered “critically endangered” in IUCN terms, Fennessy said.

Even so, Fennessy says the conservation groups’ efforts to obtain protection for giraffes through the ESA could help global conservation efforts.

“I hope it’s a positive move because it can actually enable resources and funds to be used for giraffe conservation,” he said. “I would like many of these environmental organizations that have been lobbying … to use some of that money for conservation of giraffes on the ground.”