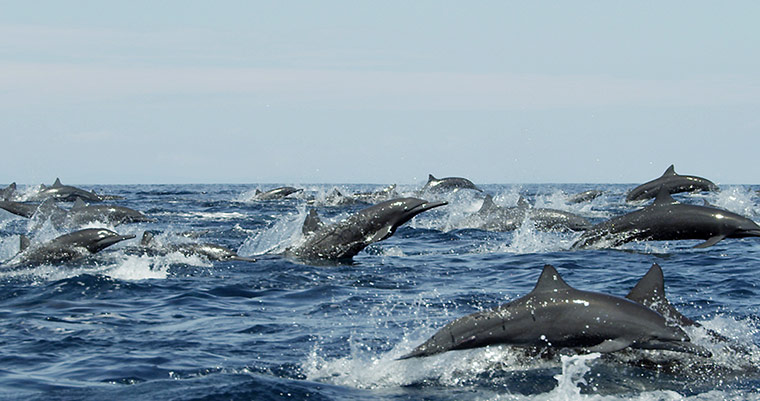 A gathering of 3000-5000 spinner dolphins, known as a megapod, is filmed underwater for the first time for a BBC series, Dolphins – Spy in the Pod. Two robotic ‘spy creatures’ with cameras in their mouths and eyes view the dolphins gathering to socialise in the nutrient-rich waters off the Pacific coast of Costa Rica – Dolphins – Spy in the Pod, BBC One, from Thursday 2nd January, 8pm and Thursday 9th January, 8pm