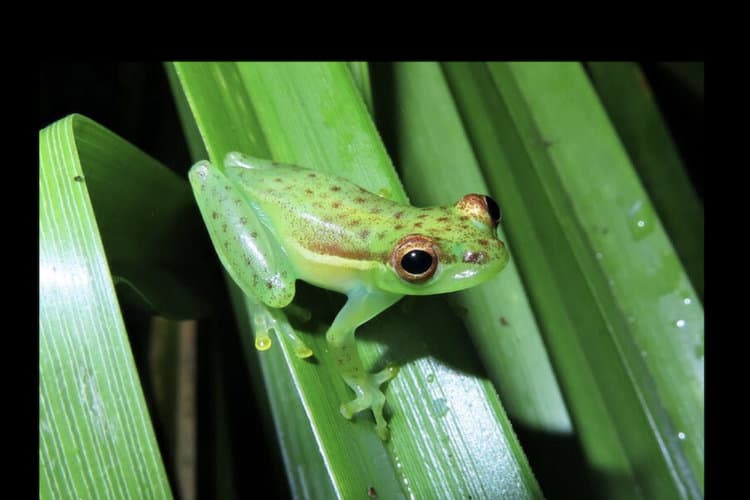 Nestled in a valley between two volcanoes, Donald Varela-Soto heard something unfamiliar. For six months, he searched for the source of a shrill frog call along the edge of a wetland in Tapir Valley Nature Reserve, a former cattle ranch in northern Costa Rica. “I kept hearing this different sound in the wetland but was […]

It is almost a year to the day that Haydée and Juan Carlos Rodríguez first spotted an injured sloth lying by the side of the road while they were out on a drive. In an attempt to cross from one tree to another in the Venezuelan town of San Antonio de Los Altos, near Caracas, […]

Nobody seems to know quite how the sloth became the rock star of the animal kingdom. From high in the Latin American rainforest, the absurd mammal is the focus of a frenzied obsession that shows no sign of abating. Sloths are on bank notes, adverts, T-shirts, internet memes and Instagram fan pages. “People are obsessed,” […]

The lights draw uncertain lines under the blanket of stars that joins the sea to the sky at El Ostional Beach in southern Nicaragua, 30 kilometers (19 miles) from the border with Costa Rica. The silence of the darkness is interrupted by the noise of waves crashing on the shore and the clicks of flashlights […]

Pesticide use on agricultural plantations may be shifting the color palette of howler monkey fur in Costa Rica, a team of scientists has found. Mantled howler monkeys (Alouatta palliata) are typically pretty understated in terms of color, often carrying a dark coat of fur with a few flecks of orange on their sides. But in […]

Everytime I go to Mexico I love seeing Great Kiskadees. They’re beautiful birds, and they’re always calling, it seems, so you always know they’re around. But there are other species of flycatchers that look very much like them. The Social Flycatcher has a smaller bill and a slightly different facial pattern. I’ve seen those in […]