Whatever you think of drone technology, this may be one use that we can all agree on. The captain of a whale-watching boat who’s also a filmmaker sent a drone with a camera into the sky to capture a stunning event: thousands of common dolphins in a super- or megapod speeding through the waters off California, destination unknown. His gorgeous video of Delphinus delphis, which includes a mama whale nuzzling its baby, is here.

The View From Above

Captain Dave Anderson, of Captain Dave’s Dolphin & Whale Watching Safari in Dana Point, California, regularly revs up his inflatable to go in search of marine mammals to film. When he finds them, he launches his GoPro-equipped, remote-controlled drone—at about 2.8 pounds, it looks like a toy helicopter—to capture moving images you could never see from the boat. (Read “The Drones Come Home” in National Geographic magazine.) 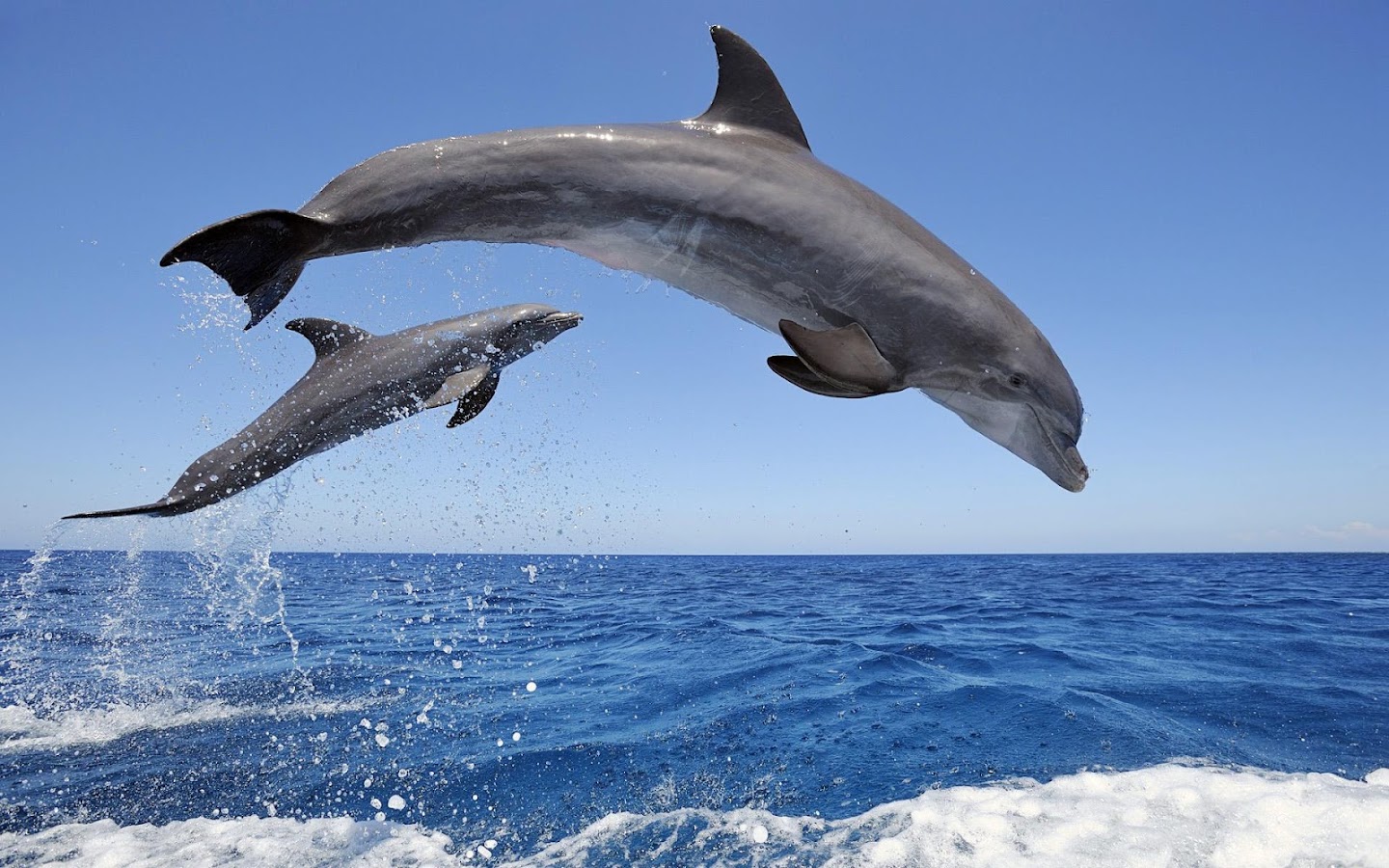 Later he lines up his boat just so and catches the flying vehicle in his hands before it splashes into the sea. So far he’s had to dive in after his equipment only once, and he was more worried about losing a day’s whale footage than about the drone—or himself. (It was January.)

In a megapod, which can be more than five miles wide, dolphins (sometimes a mix of species) are not just spread across the sea surface but stacked up vertically. So what you see flying through the air in a “stampede”—when the animals “porpoise,” or leap out of the water, their fastest form of locomotion—is only a fraction of the whole group.

“Sometimes they come together and start to move gradually, but other times it’s like someone fired a gun, and they take off,” says Anderson. “Every time I see dolphins stampeding, I am in disbelief. It’s so emotional. There are no words to describe it. That’s why I film it—so that others can experience it and will care about these beautiful animals.”

Scientists aren’t certain why dolphins gather in these megapods. Food is a big possibility: There’s often an abundance of it in a given area, such as along coasts, and dolphins surely take advantage of that. Sex? Some say a lot of mating goes on during these gatherings—a good opportunity for gene spreading as soon as everyone stops racing.

Denise Herzing, research director of the Wild Dolphin Project, says that when dolphins put on the speed, the focus may be close-by predators (think of a herd of zebra running from a lioness) or some distant buffet. “Dolphin sounds travel far underwater,” she says. “So if a pod finds a great school of sardines, they could let their friends five or ten miles away know to come feast.” The alerted dolphins then gather more followers as they race over. “I don’t think it’s just a random case of ‘Let’s go fast,'” she says. “I think there’s a purpose that has to do with survival.”

How do they stay in formation? Some of it’s visual—keeping an eye on neighbors and following their lead—but sound also plays a role. “Dolphins produce harmonics when they ‘whistle’ [the sound is actually a product of tissue vibrations], and these harmonics are directional,” Herzing says. “So animals in the front can provide information to the guys in back about when to turn, for example. It’s called an acoustic beacon.”

The size of their pods varies quite a bit, but dolphins normally travel in groups of a dozen or so animals. Still, megapods aren’t uncommon. And capturing footage of them from above gives dolphinphiles a unique view of what’s going on offshore.

Unique views of all kinds of animals are now easier than ever to capture, says Anderson. “I’m just one guy with one drone,” he explains. “There are so many like me who haven’t been able to afford equipment that can do what this does. But this is actually quite affordable. So imagine, with all that creativity, how much we could see of nature if we all did this together?”

This article was written by Jennifer S. Holland for National Geographic.