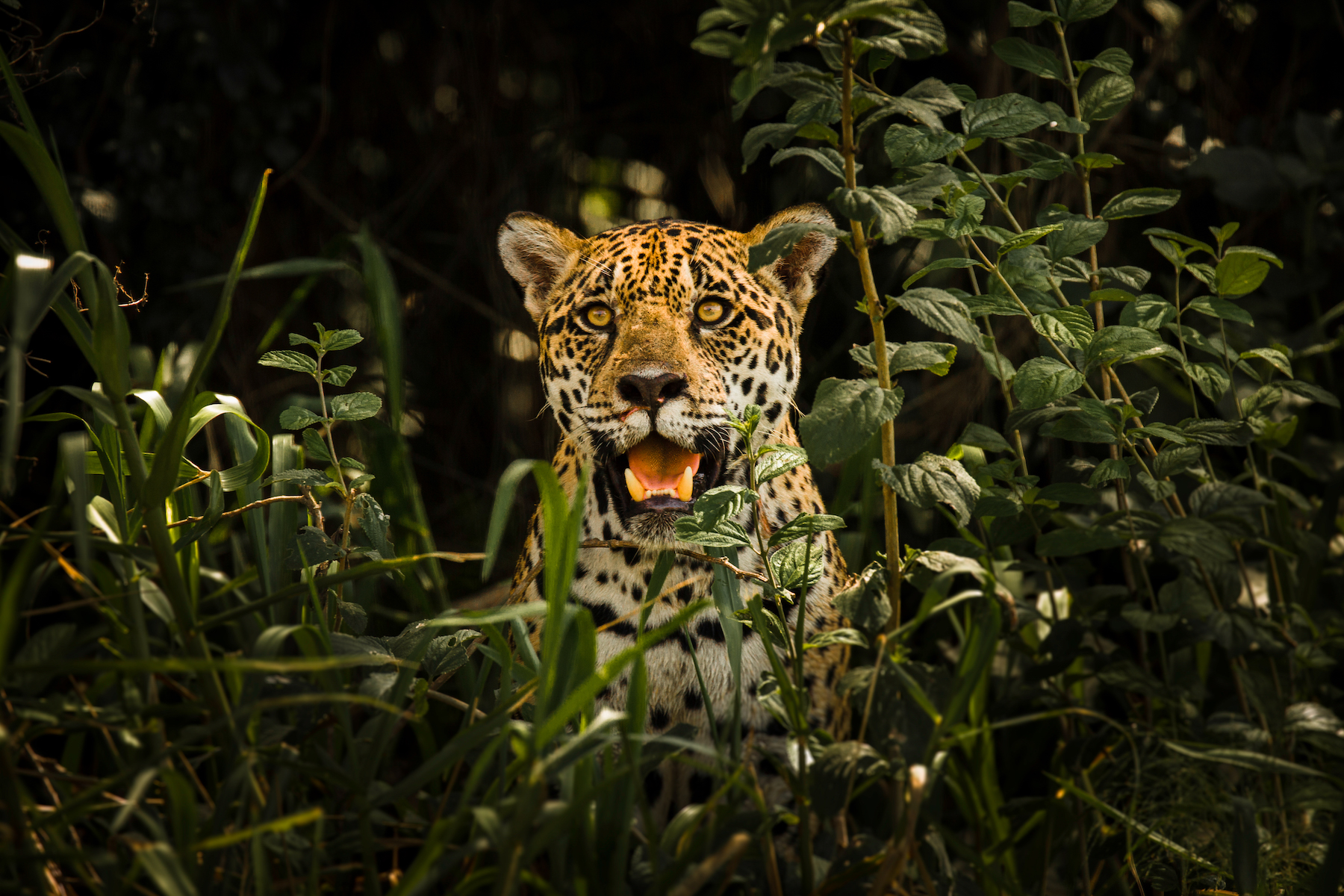 A canopy of thick smoke blanketed a vast patch of Brazil’s Pantanal wetlands, stretching as far as the eye could see. Underneath, flames were engulfing the yellowed grasslands of the Pantanal Matogrossense National Park, parched by weeks of drought.

Fed by gusty winds, the fire had already been burning for days and showed no signs of slowing. The blaze, filmed by firefighters flying overhead on July 23, was still raging as recently as last week, according to two enforcement sources. So far, it has consumed some 40,000 hectares.

In the seven days between July 27 and August 3, satellites from the U.S. space agency NASA recorded more than 20,000 fire alerts in the Brazilian Pantanal.

With little access into the area, state and federal forces have struggled to stop the advance of the flames. Together with hundreds of other fires, some 1.2 million hectares of land across the Pantanal has been lost.

“In recent days, we have noticed a really strong intensification of the fires,” said Júlio César Sampaio, coordinator of the World Wildlife Fund’s (WWF) Pantanal Program, in an interview in late July. “But the truth is that the fires have been happening in Pantanal since the beginning of the year, the situation has been critical for months.”

The Pantanal, the world’s largest natural wetland, sprawls nearly 210,000 square kilometers (81,000 square miles) across Brazil, Bolivia and Paraguay. In Brazil, it stretches across the states of Mato Grosso and Mato Grosso do Sul.

It is home to a rich variety of plants and animals, providing habitat for species threatened with extinction, such as the hyacinth macaw (Anodorhynchus hyacinthinus). Each year, between December and March, heavy rains flood the vast majority of this area, turning it into a labyrinth of marshes and streams.

But the Pantanal is suffering a prolonged drought that has spelled disaster for the region. Late last year, fires engulfed hundreds of thousands of hectares across the Brazilian Pantanal.

Even during what is normally its wet season, there was little relief: rains this year were at their lowest level in 47 years and unprecedented fires were ripping through the region even in January and February, usually the region’s wettest months.

The fires only worsened in June and July, fed by the arrival of the dry season. Overall, the Pantanal has seen the number of fires more than double so far this year, up some 200% over the same period in 2019, according to data from INPE, Brazil’s National Institute for Space Research.

In Mato Grosso state, satellites have detected 654 hotspots in the Pantanal region so far this year, according to data from the Instituto Centro de Vida (ICV), a Cuiaba-based nonprofit focused on sustainable agriculture and forestry. This represents a surge of 370% over the same period in 2019, which “was already a critical year,” said Vinicius Silgueiro, territorial intelligence coordinator at ICV. 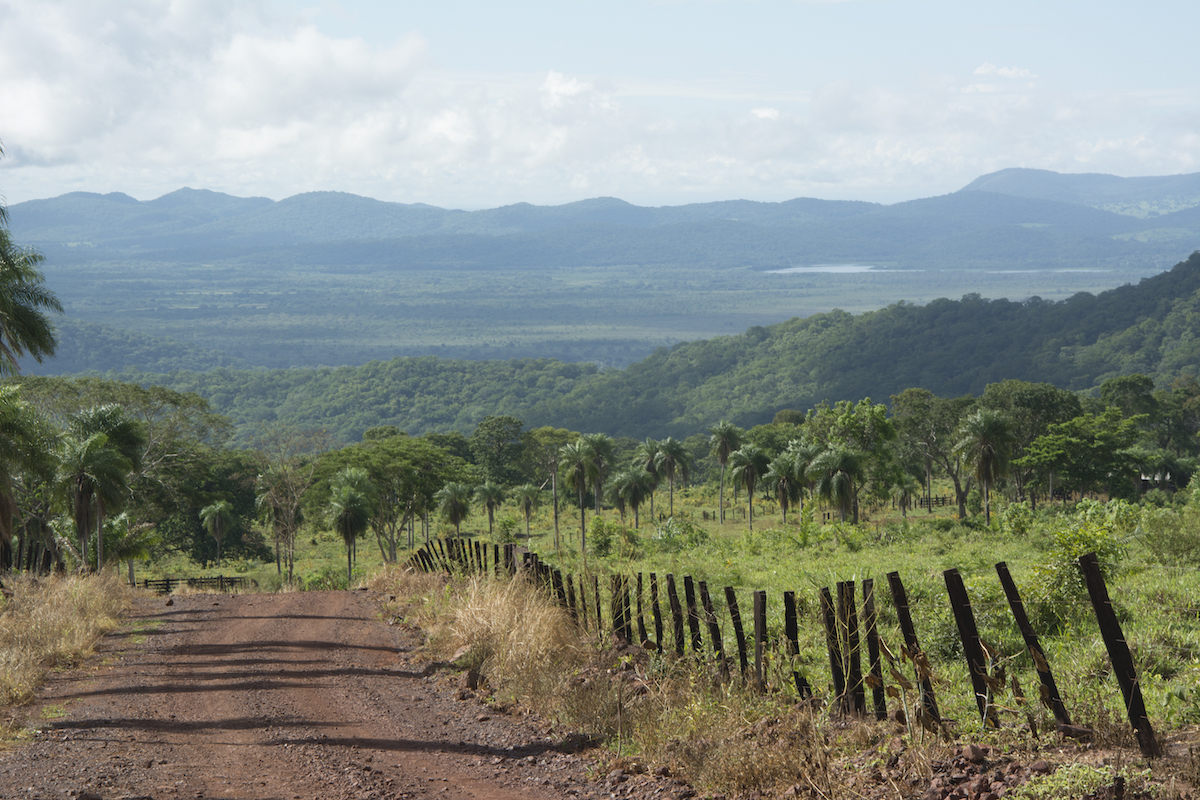 Pantanal vista at the entrance to Pantanal Matogrossense National Park. Image by Munique Bassoli via Wikimedia Commons (CC BY-SA 4.0).“The Pantanal is going through a period of exponential rise in fires,” Silgueiro said. “We are facing a scenario now that is catastrophic.”

Protected areas like the Pantanal Matogrossense National Park have been hit particularly hard, with some 121 hotspots detected in federal conservation areas so far this year. The vast majority – some 81 percent – of these fires have occurred within the national park itself, according to Silgueiro.

“It’s really worrying,” Silgueiro said. “We are seeing that conservation areas under federal jurisdiction – and the enforcement bodies that are protecting them – are completely under attack.”

State and federal authorities – including Ibama, ICMBio and state fire brigades – have mobilized to fight the fires raging through the region. But combatting flames in the Pantanal is particularly challenging, with some areas completely inaccessible by land.

Instead of actively trying to put out the fires, firefighters have been forced to try to contain the flames, taking advantage of natural barriers like rivers and streams. However, even rivers may fail to stop the advance; satellite imagery shows several fires jumped the Rio São Lourenço, which separates Mato Grosso from Mato Grosso do Sul, in late July.

“Access is one of the biggest limitations for us,” said one source at an environmental enforcement agency, who asked to remain anonymous as he is not permitted to speak to the media. “The majority of the areas that are affected by these fires, we can only reach by helicopter. We aren’t able to reach them through rivers. And by land, it’s impossible.”

Dwindling resources for environmental agencies are further undermining efforts to combat the fires, according to environmentalists. Under President Jair Bolsonaro – who has voiced fervent opposition against environmental protections – funding for federal agencies tasked with protecting the Pantanal and the Amazon have been dramatically cut.

“Enforcement isn’t effective if you have a law but you don’t have the resources to enforce this law,” Sampaio said.

The unique way in which fires burn in the Pantanal also poses a challenge. While in other regions of Brazil – including the Amazon – blazes engulf vegetation and trees, fires in the Pantanal tend to burn just below the surface of the earth, fueled by tightly-packed and highly-combustible decomposed vegetation called peat. These low-intensity fires can burn for longer and are often particularly difficult to extinguish.

Natural fires are not unusual during Pantanal’s wetter months, when lightning storms can easily set ablaze the peat soil. While these fires can burn with persistence, the rains that normally pour over this region tend to extinguish the flames with ease. But environmentalists and authorities say that the fires currently engulfing the region are driven by reckless human behavior, rather than nature.

“There were no conditions for natural wildfires, there weren’t thunderstorms,” the enforcement source said. “These fires were provoked. All the fires that are burning are the results of human activity really.”

In Mato Grosso – where cattle farming is the engine of the local economy – ranchers often burn degraded pastures to renew them and small producers prepare their plots for planting agricultural crops by setting them ablaze. Some indigenous and traditional communities also use fire to clear small plots of land for self-subsistence farming or cultural rituals. Meanwhile, speculators seeking to expand their land holdings set adjacent areas on fire in a bid to clear them of native vegetation, local sources say.

Burning for agricultural purposes is permitted during the rainy season, although property owners are supposed to seek authorization from the state secretariat for environment. During the dry months, when fires are more likely to burn out of control, both Mato Grosso and Mato Grosso do Sul prohibit agricultural burning. But, in reality, the ban is not always respected and enforcement is haphazard, according to authorities and environmentalists.

“We know that the cheapest way to clear this area, to create an opening of the area, to plant a pasture, is still through burning,” Silgueiro said. “But the fire goes out of control and ends up burning an area that is far larger than intended.”

Faced with the surging number of fires in June and July, state and federal authorities moved to reinforce bans on burning. The federal government last month imposed a moratorium on burning for agricultural purposes across the Pantanal and the Amazon for 120 days. Mato Grosso state, meanwhile, enforced its annual ban two weeks earlier and Mato Grosso do Sul declared a state of emergency in late July, prohibiting burning for 180 days.

Even so, early signs suggest these measures are doing little to contain the fires. In the first two weeks of July – when Mato Grosso’s ban on burning had already kicked in – hotspots in the state rose 12 percent, according to data from ICV.

The enforcement source noted this is mainly because fires outside of the authorized burning period are by default criminal in nature, with the perpetrators unlikely to respect the government’s moratorium.

“I see the measures as having little impact,” he said. “It appears that it’s more of a response to public opinion. Society is asking for more attention and so the government answered with this ban.”

In Mato Grosso state, 51 percent of the fires occurred on properties already registered in the national system of rural land registration, known as Sistema de Cadastro Ambiental Rural (CAR), according to Silgueiro. But, even so, establishing responsibility remains difficult. Tracking down the origin of the fire is made that much more complicated by the fact that flames can spread out of control and reach multiple properties.

“With deforestation, you can tell where it began and where it ended,” Silgueiro said. “But with burning, you can’t. It spins out of control and it’s difficult to identify the origin of it.”

In Mato Grosso, state authorities implemented a new monitoring system late last year, which tracks deforestation and burning on a weekly basis. Fire alerts across the Pantanal and the Amazon are cross-referenced with registered properties, in a bid to trace the illegal activity to its origin. It will be the first time the new system will be in effect during the fire season.

Meanwhile, the surge in fires across the Pantanal this year comes at a time when the region is already battling the rapid spread of COVID-19. Mato Grosso and Mato Grosso do Sul are among several states where cases are surging in recent weeks as the pandemic spreads into rural areas of Brazil, which is experiencing the world’s second worst outbreak of coronavirus.

“The health system will now also have to care for people who are becoming ill due to the smoke, the fumes,” Sampaio said. “We will have more forest fires in the next two months and the pressure on the public health system will be even more intense.”

This article by Ana Ionova was first published on Mongabay.com on 6 August 2020. Lead Image: A jaguar in the Pantanal by Leonardo Ramos via Wikimedia Commons (CC BY-SE 4.0).