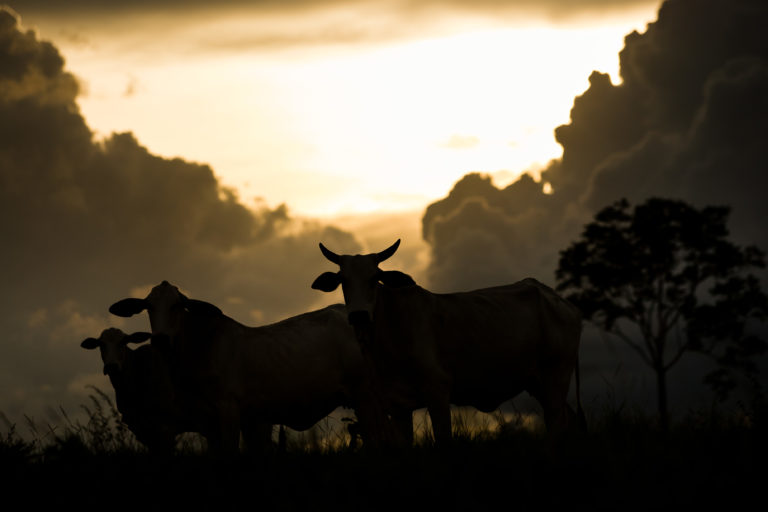 Increasing deforestation in the Amazon in 2020 has prompted banks and funds to promise changes in investments that affect the region. Nordea, the largest asset management company in the Nordic countries, announced the withdrawal of all its investments from JBS, the world’s largest meat exporter. A month earlier, another group of 29 financial institutions that control more than $3.7 trillion had already expressed concern about the problem in a letter addressed to the Brazilian government.

But some investors with strong influence in the Amazon have resisted the calls for reform. That is the case of Morgan Stanley, a shareholder in two of the three largest beef producers in Brazil. The company owns 3.4% of Marfrig, the second-largest meatpacker in the country, and 4.94% of Minerva, the third-largest meatpacker.

William Lock, head of the bank’s International Equity Team, said in a recent sustainability report: “We include companies on the basis of their ability to sustain or improve their returns, rather than on the basis of rating their environmental or social credentials.

“We don’t exclude companies or industries solely for ESG reasons, unless we anticipate the risk of a material impact to long-term returns,” he wrote.

Cases of illegal deforestation were found in suppliers of the two companies in which Morgan Stanley holds stakes. Documents obtained by Repórter Brasil show that Marfrig bought cattle from the family of one of the largest deforesters in the Amazon. The two meatpacking companies in which Morgan Stanley holds shares are also linked to farms that have been fined for illegal deforestation in their supply chains.

The cases were presented to Morgan Stanley, but the company declined to comment on the issue, arguing that “these shares are not held as a strategic or proprietary investment on behalf of Morgan Stanley.”

The bank’s response contradicts documents it published in Brazil. In a form delivered to Brazil’s Securities and Exchange Commission (CVM), it says that MSAC, Morgan Stanley’s Brazilian subsidiary, does not “engage in third-party asset management” and adds that “funds managed by MSAC include four qualified investors, all from the Morgan Stanley Group.”

In addition, according to a company policy posted on its Brazilian website, “the funds and portfolios managed by MSAC come from resources exclusively owned by companies of the Morgan Stanley conglomerate. The management of third-party resources is not part of its scope, nor the distribution of securities.”

Marfrig bought cattle from the family of one of the biggest deforesters in the Amazon. Hundreds of animals slaughtered by the company originated from farms linked to José Carlos Ramos Rodrigues, who has been fined at least 13 times for environmental violations between 2007 and 2016, amounting to almost $20 million in sanctions.

In a report published by The Intercept Brasil, he was listed as the 11th largest deforester in the Amazon since 1995. About 15,000 hectares of his agricultural land in São José do Xingu, Mato Grosso, have been blacklisted by Ibama, an arm of the environment ministry.

In addition to environmental crimes, Rodrigues was also charged with employing labor in slave-like conditions. The case took place in the same fields where federal labor inspectors rescued 16 workers in 2007.

The huge area where slave labour and deforestation occurred is divided into four different farms. The properties are registered to Rodrigues, his family members and two companies belonging to him – Agropecuária São José and Agropecuária Jatoba Empreendimentos e Participações. About 1,000 animals raised on one of these properties were sold to Marfrig’s meatpacking plant in Nova Xavantina, Mato Grosso, between July 2018 and November 2019.

Repórter Brasil tried to contact Rodrigues by the e-mail address and telephone number of his company, but he did not reply. The meatpacking company stated that “the Brasília Farm does not face any kind of socio-environmental restrictions under the criteria set by Marfrig.”

Indeed, the Brasília Farm has no record of recent deforestation. But, before selling cattle for slaughter, it received animals from another neighbouring property belonging to the family. Hundreds of hectares of that other property – the Moinho/Califórina Farm – have been blacklisted for illegal deforestation.

About this, Marfrig states that “as of today, there are no effective tools to systematically control animal triangulation between farms.”

The Amor do Aripuanã Farm, where the deforested area is located, did not sell directly to meatpackers, but transferred animals to another property without a history of environmental breaches – which, in turn, sold cattle to both companies.

In August 2019, Sidney Gasques Bordone transferred the animals from the farm where deforestation occurred to the Rio Azul Farm in Vila Bela da Santíssima Trindade, Mato Grosso. After that, Rio Azul sold hundreds of cattle to the Marfrig plant in Várzea Grande and to the Minerva plant in Mirassol D’Oeste, both in the same state.

Once again, Marfrig stated that controlling so-called ‘cattle triangulation’ between farms is not possible. “As of today, there are no tools that allow systematic control of this situation, but as previously mentioned, we have participated since the beginning in the development of the new monitoring protocol for livestock suppliers and we understand its importance and the transparency and evolution it provides to procedures,” the company said.

The two cases above are not the first reports linking Marfrig and Minerva suppliers to illegal deforestation. Even in the face of recurring problems, the bank’s policy on socio-environmental issues does not include specific measures for the livestock supply chain or for deforestation in general.

“The firm falls short in its policy regarding deforestation and the commodities that drive it,” according to the Rainforest Alliance, an organization that evaluated the company’s sustainability policies released last year. They recommend that “Morgan Stanley should align with the No Deforestation, No Peatland, No Exploitation (NDPE) model that is becoming standard among global agribusiness companies and increasingly banks.”

Amazon Watch climate and finance director Moira Birss says Morgan Stanley policies provides no clear indication that there is a set process for excluding financing for certain projects or companies if they don’t meet established criteria.

“There is no mention in the policy of monitoring of secondary and tertiary supply chains, which as I’m sure you know is crucial for combatting beef-linked deforestation in the Amazon.”

“Morgan Stanley’ policy specifically allows for controlled burning as a practice in agribusiness, which is unacceptable given that controlled burning is the primary cause of Amazon fires.” She also says that Morgan Stanley should follow the example of European investors that have been putting pressure on the Brazilian government to act in this regard and even withdrawing their investments.

In addition to being a shareholder in the companies, Morgan Stanley also provided financial services to Marfrig. According to a Global Witness survey published in 2019, Morgan Stanley underwrote a series of bond issuances worth an estimated $947 million for Brazilian beef trader Marfrig between 2014 and 2017. A spokeswoman said the bank had financed Marfrig, but noted it had not done so in 2018 or 2019. She insisted deforestation risks are analysed carefully.

“In that case, it has the ability to communicate directly and clearly with the companies that it will not extend new lines of credit nor underwrite loan facilities or bond issuances unless Marfrig and Minerva cease engaging in activities that contribute to deforestation,” Birss said.

This article by André Campos – Repórter Brasil, Piero Locatelli – Repórter Brasil was first published on Mongabay.com on 16 September 2020. Lead Image: Cattle ranching is the leading cause of deforestation in the Brazilian Amazon. Image ©Henrique Manreza / The Nature Conservancy.