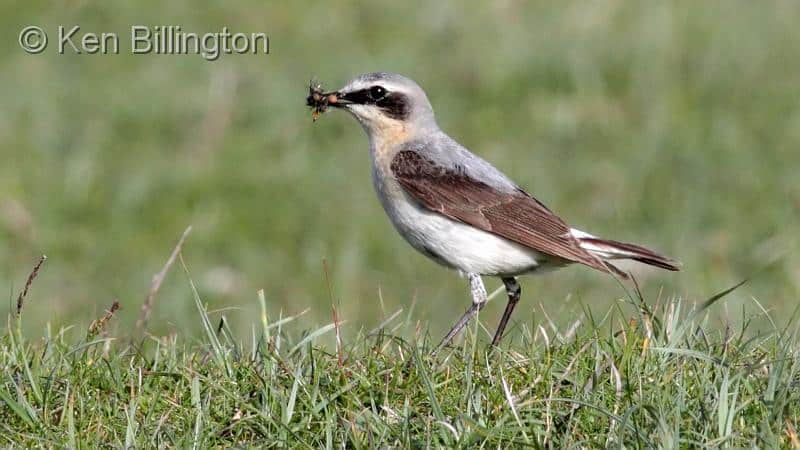 Every year, the northern wheatear songbird, weighing on average no more than two tablespoons of salt, flies from the Arctic region of the Western Hemisphere all the way to sub-Saharan Africa and back, according to a new study including a researcher at the University of Guelph.

The study, run by professor Ryan Norris, David Hussell from the Ontario Ministry of Natural Resources and a team of German researchers led by Franz Bairlein at the Institute of Avian Research, proves that this Alaskan migratory songbird regularly travels some 29,000 km across ocean and desert. Scaled for body size, this is one of the longest round-trip migratory journeys by any bird in the world.

“They are incredible migratory journeys, particularly for a bird this size,” Norris said. “Think of something smaller than a robin but a little larger than a finch raising young in the Arctic tundra and then a few months later foraging for food in Africa for the winter.”

Until recently, details about songbird migration remained unknown because geo-locators were too big or heavy to attach to such small birds. New smaller devices now allow scientists to track flights over several months and over long distances. The researchers attached 1.2-gram geo-locators by leg-loop harness to 46 northern wheatears in Eagle Summit in Alaska and Baffin Island in Nunavut. The devices recorded natural light levels twice daily for 90 days in December, January and February. The team retrieved four of the geo-locators to process the tracking data.

The researchers also analyzed winter-grown feathers from birds sampled in the Arctic. Chemical signatures in the feathers come from certain geographic locations, allowing scientists to learn where the birds spent the winter without directly tracking them.

The study found that individual wheatears spend the winter in northern parts of sub-Saharan Africa. Alaskan birds travel about 14,500 km each way, over Siberia and across the Arabian Desert to reach Africa. Birds from the eastern Canadian Arctic cross about 3,500 km of the North Atlantic, land in the United Kingdom, travel southward across Europe, and cross the Mediterranean Sea and the Sahara Desert. The birds fly up to 290 km daily on average.

“This is the only known terrestrial bird that physically links the two radically different ecosystems of the Old World and the Arctic regions of the New World,” said Norris.

This article was written by Wildlife Extra News