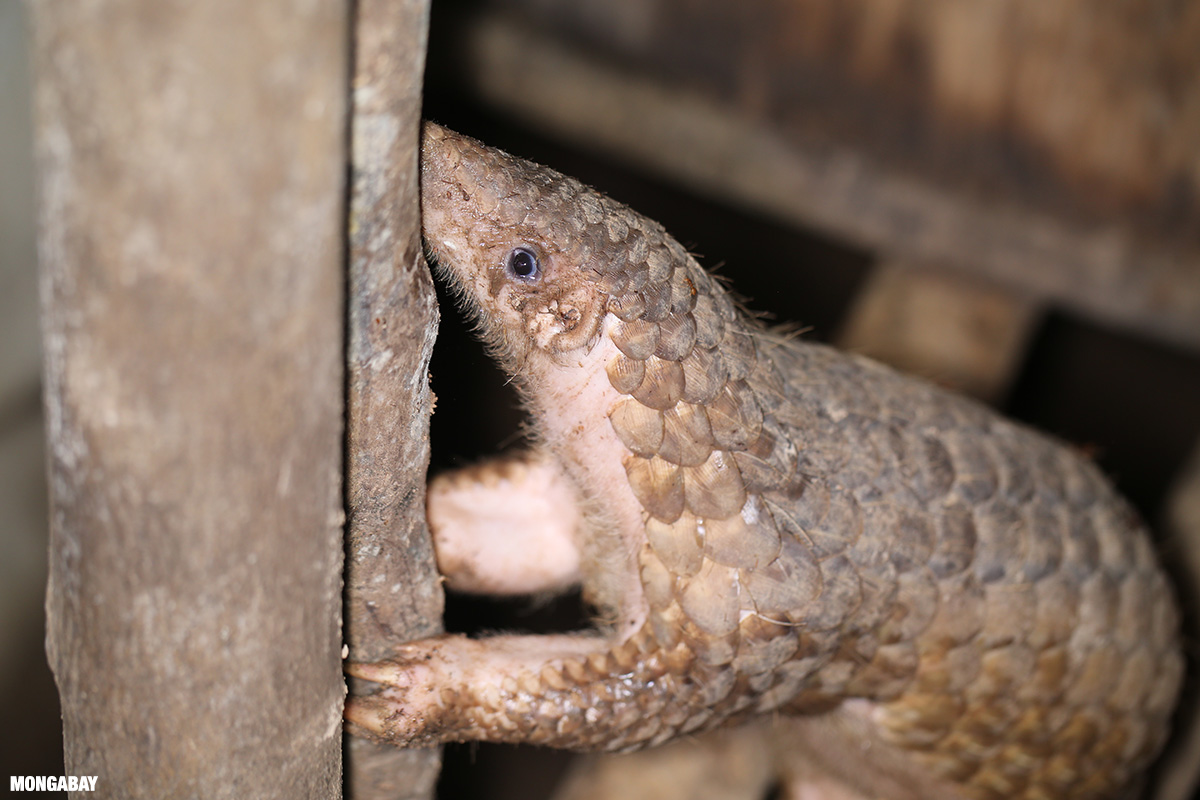 The death toll from the novel coronavirus outbreak, the disease now called COVID-19, crossed the 2,362 mark this week as confirmed cases surpassed 78,000, but it remains unclear how the virus arrived into human populations. Bats are widely believed to be the source of the new virus.

Some findings suggest it did not jump from bats to humans directly. Instead, pangolins, the group of scaly anteaters that constitute the most trafficked mammals in the world, are suspected to be the intermediary. China’s Xinhua News Agency reported last week that researchers had found the closest genetic match yet to the novel coronavirus infecting humans in a virus detected in pangolins. However, scientists have cautioned against jumping to conclusions before the research is published and reviewed.

“Finding the definitive host of SARS-CoV-2 will involve screening lots of animals, most likely different kinds of mammals until a very close match is found,” Benjamin Neuman, a virologist at Texas A&M University-Texarkana, told Mongabay in an email, referring to the virus by its official name. “The pangolin-derived sequences that we have are the closest so far to SARS-CoV-2 … but they still have around 3000 genetic differences from the virus that causes COVID-19.”

If pangolins did serve as an intermediary host, the illicit trade in these shy, solitary animals could have played a part in the crisis. Pangolins are trafficked for their meat and their scales, which are used in traditional Chinese medicine. In the wild, the scales protect the pangolins, whose only defense against predators is to curl up into a ball.

The international trade in all eight pangolin species has been banned since 2016 under the CITES, the treaty that regulates global trade in wildlife. From 2000 until 2013, it’s estimated that more than a million pangolins entered the illegal international market. China is a major destination for pangolins and pangolin products. Despite the ban, between 2016 and 2019, about 206 tons of pangolin scales were seized in 52 raids, according to the NGO Wildlife Justice Commission. It said these were conservative estimates. All existing pangolin species, belonging to the family Manidae, are threatened with extinction; three of the four Asian species — Chinese (Manis pentadactyla),Sunda (M. javanica) and Philippine (M. culionensis) —are listed as critically endangered by the IUCN.

“If the source of the COVID-19 outbreak was one of the eight species of pangolins, as the early signs seem to suggest, that would definitely involve the illegal animal trade,” Neuman said. “It is illegal under CITES to have, sell or buy pangolins without a special exemption, for places like zoos.”

Rare and endangered animals are often sold openly in wildlife markets in China, such as the Huanan Seafood Wholesale Market in the city of Wuhan, where the outbreak originated. However, it’s not clear yet if bats or pangolins were on sale at the market in December when the first cases were reported. That same month, Chinese customs officials made the largest seizure of pangolin scales, weighing 10 tons, in the city of Wenzhou, in China’s Zhejiang province.

Though identifying how the new virus was transmitted to humans will not necessarily aid containment of the ongoing epidemic, it could prove helpful in tackling future flare-ups of coronavirus-linked diseases. In the SARS (severe acute respitory syndrome) epidemic that gripped Southeast Asia in 2003, Asian palm civets (Paradoxurus hermaphroditus) were identified as the intermediate host. In the case of MERS (Middle East respiratory syndrome), it was camels. Bats are considered a reservoir for many viruses that could trigger disease outbreaks in humans. The viruses don’t sicken the bats, which have more robust immune systems than other species but make the viruses more virulent and highly transmissible.

No new emerging disease has been stopped in its tracks before entering human populations because there’s scant information about all the viruses that animals host, and it’s nearly impossible to predict which virus could make the leap.

What researchers are trying to do now is reverse sleuthing: screening many animals to find a match to the novel coronavirus. This would not just mean finding the genetic match for the virus but also being able to nail down the sequence of events showing that people came in contact with a particular animal and fell sick after their encounter. The fact that the illegal wildlife trade likely played a role makes it harder to pinpoint the actual transmission route because traders and buyers are less likely to share information openly with researchers or officials.

“I think the contraband nature itself, and the potentially very harsh repercussions for getting caught will make it difficult to directly find the source of the infection. It will take some careful detective work, and most probably someone will have to track the virus back to the country and area of its source in order to know for sure,” Neuman said.

On Jan. 30, China placed a temporary ban on the wildlife trade in the country. This affects not just wet markets like the one in Wuhan but also supermarkets, restaurants and online retailers. The outbreak has also led to scrutiny of China’s policies regarding wildlife trade at the highest levels.

At a Feb. 3 meeting about the control of the outbreak, Chinese President Xi Jinping said it was “necessary to strengthen market supervision, resolutely ban and severely crackdown on illegal wildlife markets and trade, and control major public health risks from the source,” according to the Chinese news agency Xinhua.

On Feb. 10, China’s legislature, the National People’s Congress, said it would update wildlife protection laws and regulations to “toughen the crackdown on wildlife trafficking,” according to local media reports. Xinhua quoted an official saying that “the supervision, inspection and law enforcement should be strengthened to ensure that wildlife trade markets are banned and closed.”

World Pangolin Day will be marked on Feb. 15, an opportunity to celebrate the unique animals and highlight their plight. What the attention from the suspected coronavirus link means for pangolins isn’t so straightforward. “We should be cautious about the messages we associate with these claims because the research has not yet been published,” said Dan Challender, from the University of Oxford’s Department of Zoology and head of the Pangolin Specialist Group at the IUCN. “The outcomes for pangolins could be positive or negative, or both, but caution is needed because we don’t actually know that pangolins were involved.” It could be positive, he suggested, if it deterred people from illegally trading in the pangolins.

In a statement, the IUCN Pangolin Specialist Group said that despite the uncertainty of the link between the species and the deadly virus, “ending the illegal trade in pangolins could contribute to mitigating potential health risks associated with consuming wildlife.”

This article by Malavika Vyawahare was first published on Mongabay.com on 13 February 2020.

CHINA MUST STOP THE EVIL THEY DO TO ALL ANIMALS. IT IS NOT ACCEPTABLE . TORTURE AND THE SLAUGHTERING OF SENTIENTS IS A CRIME AGAINST NATURE !!!!!

Well there we have it!