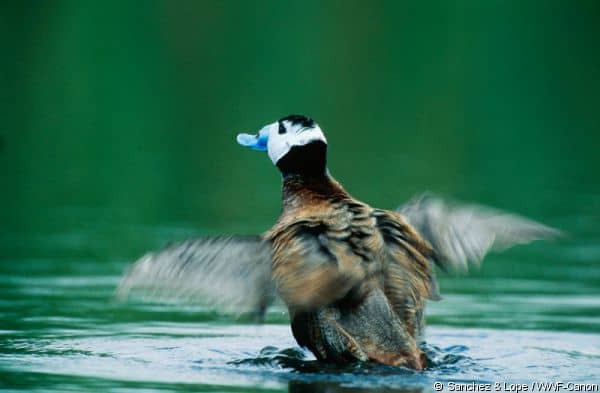 Just before the World Wetlands Day Ili River Delta and South Lake Bakhash in Kazakhstan were included in the Wetland of International Importance list.

Total area of the new Ramsar site is 976.630 hectares, which is about half of the size of Slovenia. The wetland is located in the southern part of Kazakhstan amid the Sary-Esik-Otrau and Taukum desert areas. Now this territory has been designated as Wetland of International Importance of the Ramsar Convention, signed on February 2nd 1972.

The Ili River Delta is the largest remaining natural delta of Central Asia. It connects the river with Balkhash Lake and is home to rich desert flora (427 species) and fauna (345 species), and also habitat of a large number of endangered species. Among them are goitered gazelle, marbeled polecat, white-headed duck, red-breasted goose, and ship sturgeon. More than 70,000 birds have been counted at the site, including greater than 1% of the global population of 8 bird species, such as the Dalmatian Pelican. Balkash Lake and the Ili River Delta are important fishery water bodies and the floodplains in the area provide productive haying lands and good pastures.

“WWF has chosen this particular area as key for tiger restoration program in Central Asia”, Olga Pereladova, Head of WWF Central Asian Program, says. “Designating this area as a Ramsar site is extremely important as it allows attract international attention to these ecosystems and help solve the threat of water inflow reduction caused by China’s plans to develop irrigation systems in its part of river valley”.

The new Ramsar site is located on the territory of three nature sanctuaries – Balkhash, Karoy, and Kukan. The Government of Kazakhstan plans to considerably raise the protected status of the area by joining the three sanctuaries into one national park.

Documents for the designation were prepared by WWF and were officially submitted to the Secretariat of the Ramsar Convention by the Government of Kazakhstan.

At present WWF in cooperation with the Directorate of the protected areas of Amur region of Russia is also promoting the inclusion of two Russian sanctuaries – Tashinsky and Amursky – in the Ramsar list.

The Amur River is a major flyway for migratory birds and home to 300 bird species. It is habitat to 96% of the remaining world population of the Oriental Stork, 65% of Red-Crowned Crane, and 50% of the White-naped Crane.

This article was written and published by World Wildlife Fund Russia