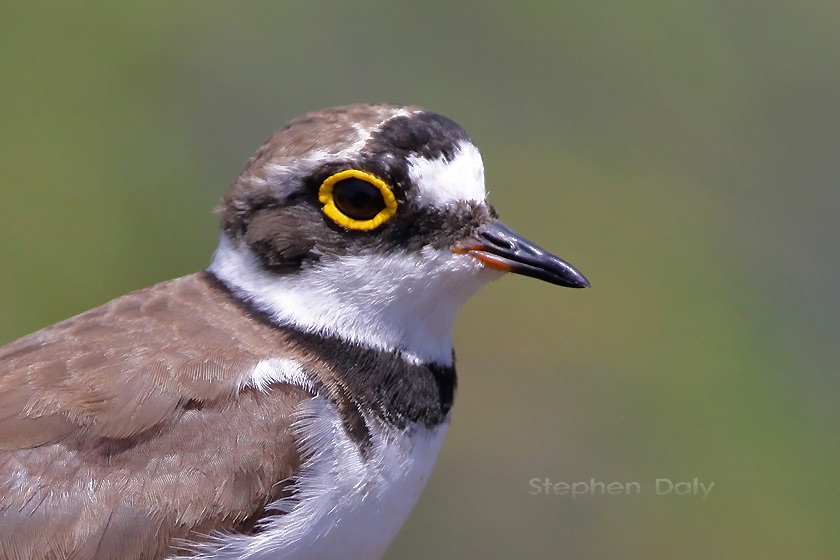 Good news that aerial crop spraying is now limited to only a few specific controls for health and agriculture. Natural sprays are used against mosquito control in La Janda although to be honest the problem with such insects is the same in the pine forests. Most of the fertiliser spraying that takes place is showering the rice-fields with small pellets of fertilisers like nitrate/urea.

Banned is aerial spraying with organophosphates, pesticides or weedkillers.The more powerful aircraft like this Boeing Stearman can cover larger areas and like the Piper Pawnees and both can land in a very short space on the many tracks around the area. 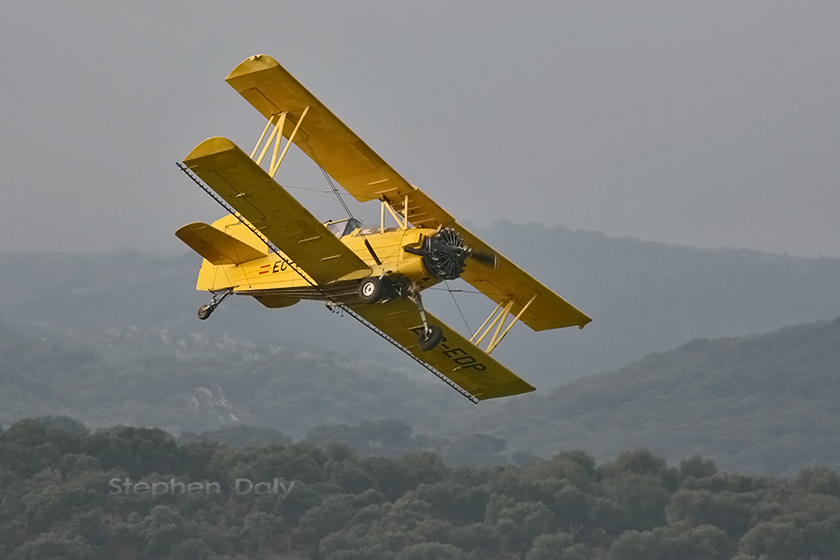 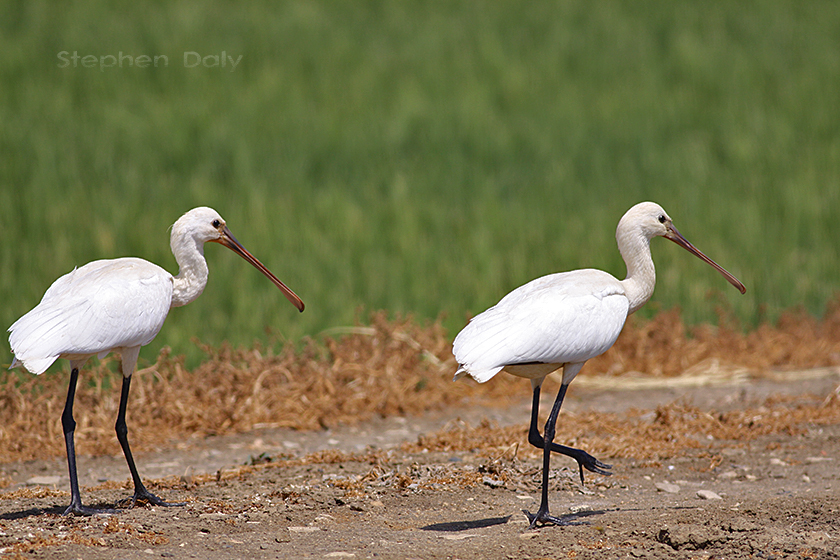 A lot of the breeding birds around the periphery of La Janda are now flying around the vast complex of rice fields. This year was a particularly good breeding year for Eurasian Spoonbills with over forty pairs successfully raised broods this year at Las Lomas. None bred there last year as it was probably too dry. 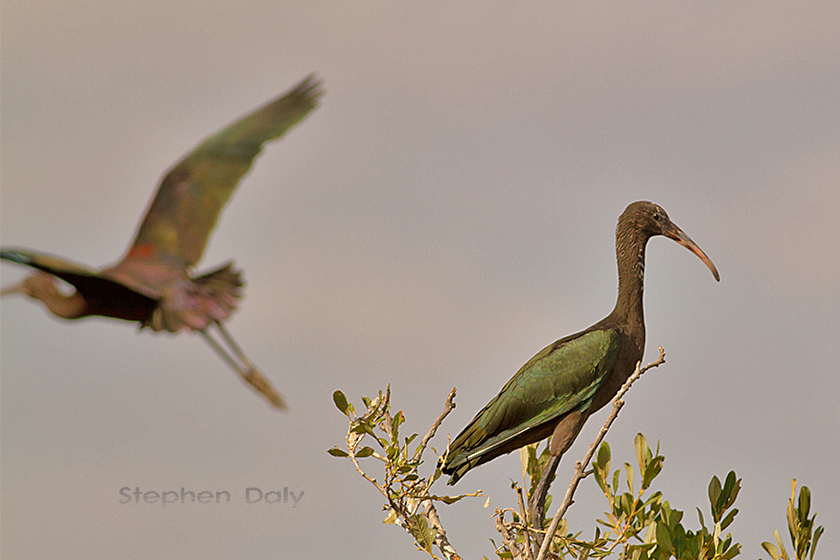 The increase in breeding populations of Glossy Ibis in Cadiz, Huelva and many other areas in Andalucía continues. Again this year there were over a dozen pairs in La Janda at the huge Cattle Egret roost. There may have been many more within La Lomas. 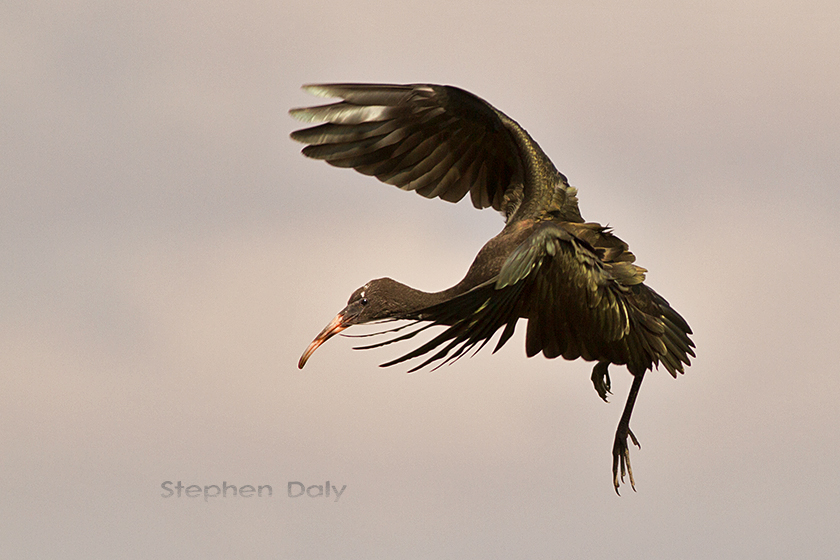 Some of the newly fledged Glossy Ibis have a distinct orange, pink and black bill. They soon loose these black markings.

This was a good year for Collared Pratincoles and here we see two recently fledged birds that are still being fed by their parents. Good numbers successfully bred at Barbate Marismas and at La Janda and beyond.

The Northern Bald Ibis colony raised a total of twenty-seven chicks at La Barca de Vejer this year. There is still one remaining chick there, looking a bit lonely but it’s being visited and fed by it’s parents each day and it’s bound to fly off soon and join the young birds that have been feeding on Montenmedio, the military zone (above) and over at the golf courses of Sancti Petri.

A Squacco Heron flies across the rice-fields 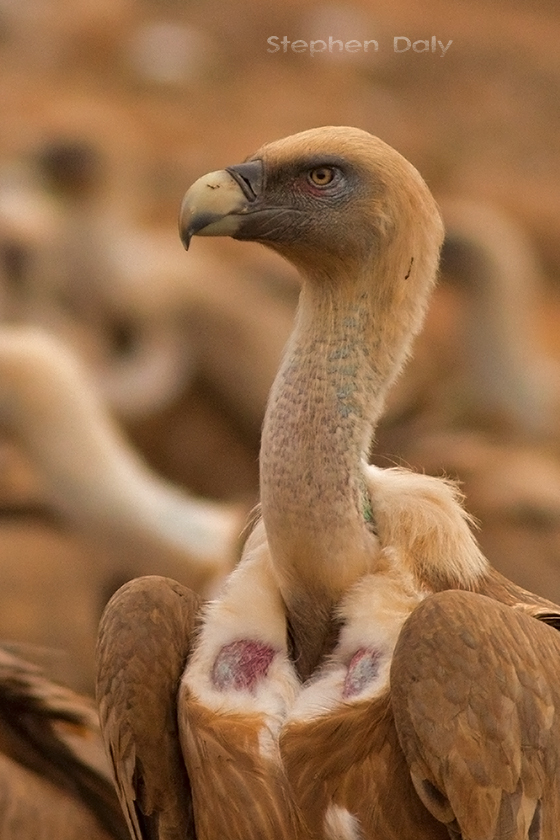 Hundreds of Griffon Vultures are being killed by wind turbines. Over two-hundred and forty are know to have died in a single year and this does not take into account the bird carcasses that are removed by foxes, genet, mongoose and other mammals that clearly profit from the high number of casualties. The reality about wind farms is quite simple. Birds, bats, dragonflies and wind turbines don’t mix.Why would you site one of the largest wind farms in Europe along the length of The Strait of Gibraltar?I don’t know of any bird casualties from the siting of solar farms here in Cadiz province. 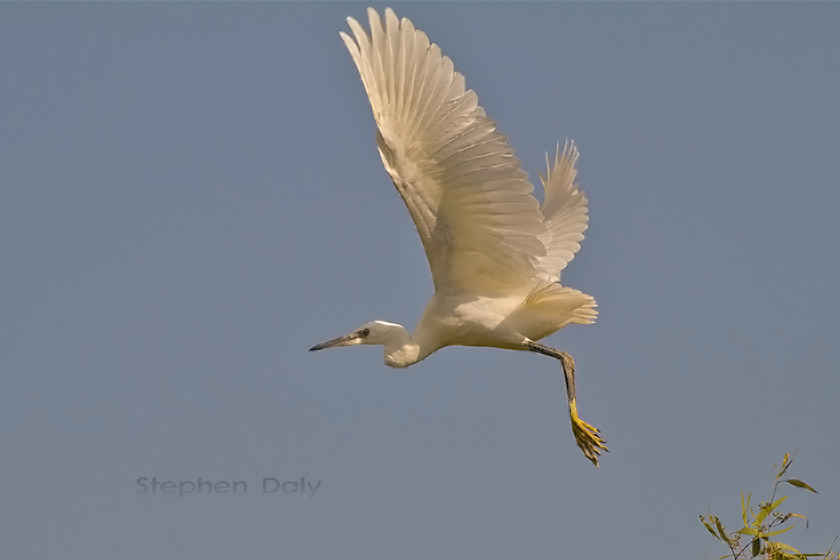 It’s good to see Little Egrets doing well within the Cattle Egret colony. There were a few Purple Heron nests too with some Squacco’s breeding.

A Melodious Warbler watches a darter

A few Montagu’s Harriers are feeding in La Janda but there will be more young birds and adults to see as the summer comes to an end and the migration starts. Many Black Kites and White Storks are already crossing to Morocco and this will continue as thousands of birds arrive on The Strait. 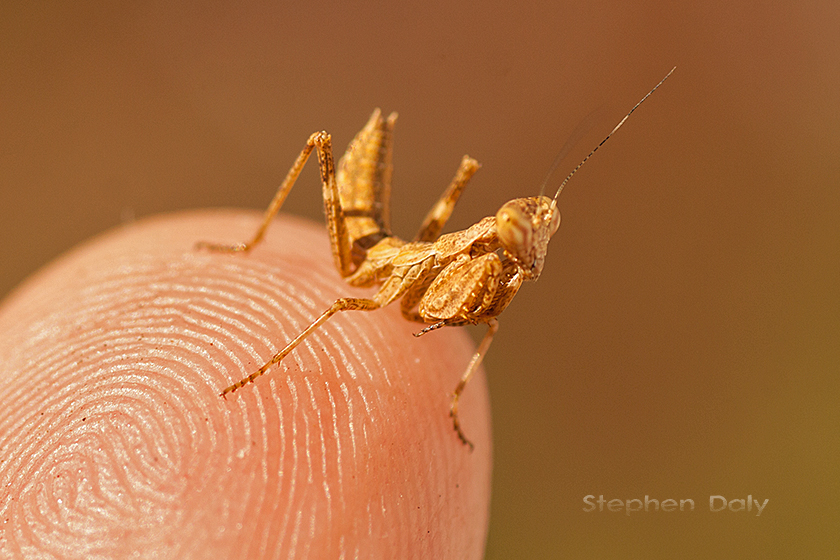 I photographed this tiny Praying Mantis nymph that was in our garden this week. Holding the camera in my right hand and keeping the mantis in focus on one of my fingers on the left hand was a bit tricky but I managed to pop off one or two reasonable shots.The Tamron lens that I use on my older Canon 50D is really great for macro photography and I’m so pleased with it’s performance.For the techies it’s is a Tamron SP DI AF 90mm f/1:2.8 Macro1:1 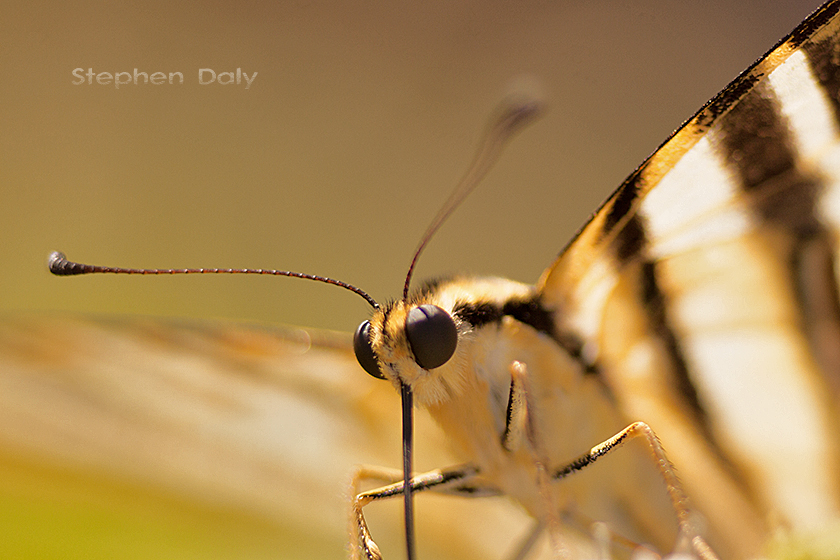 Here’s another shot with the same lens of a close view of the head, proboscis and antennae of a Scarce Swallowtail butterfly. 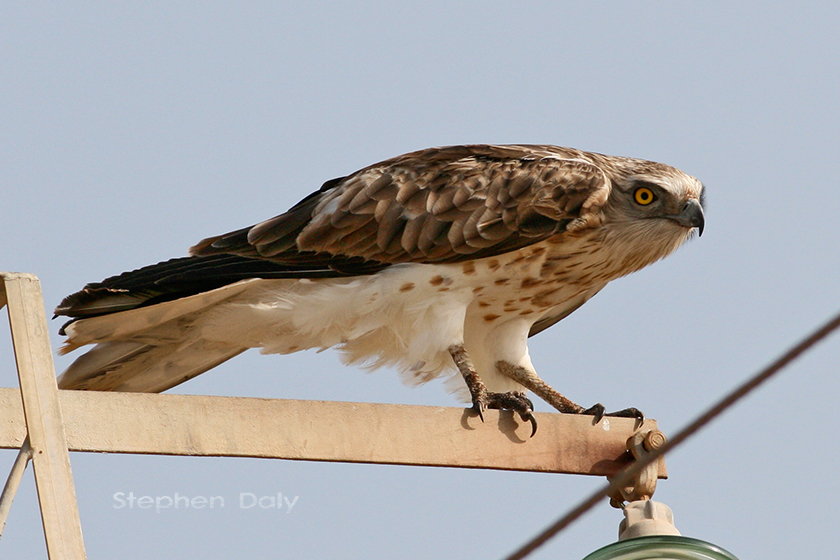 A good view of a Short-toed Eagle 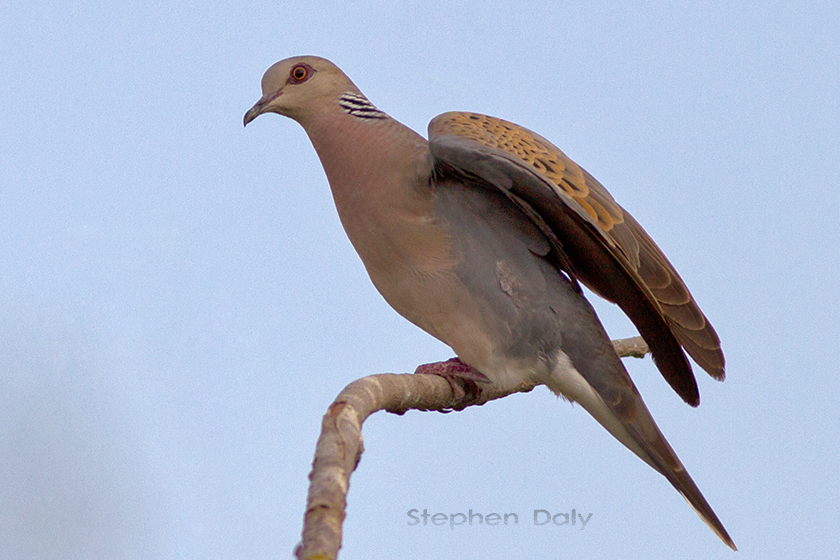 and a beautiful Turtle Dove 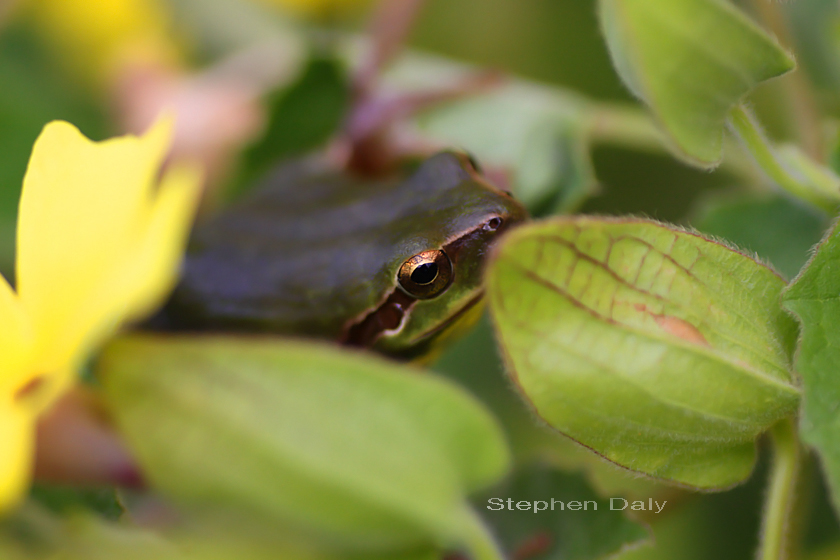 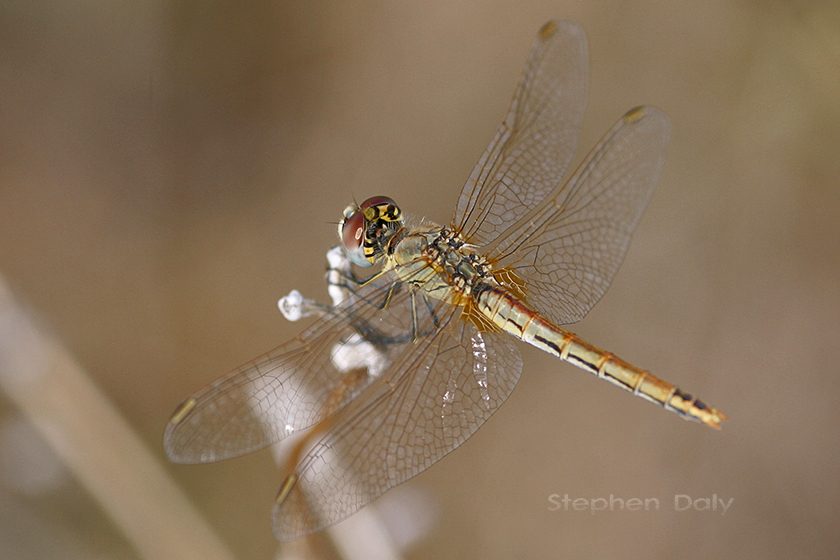 Huge numbers of Red-veined Darters are around. Here’s a female with the male below 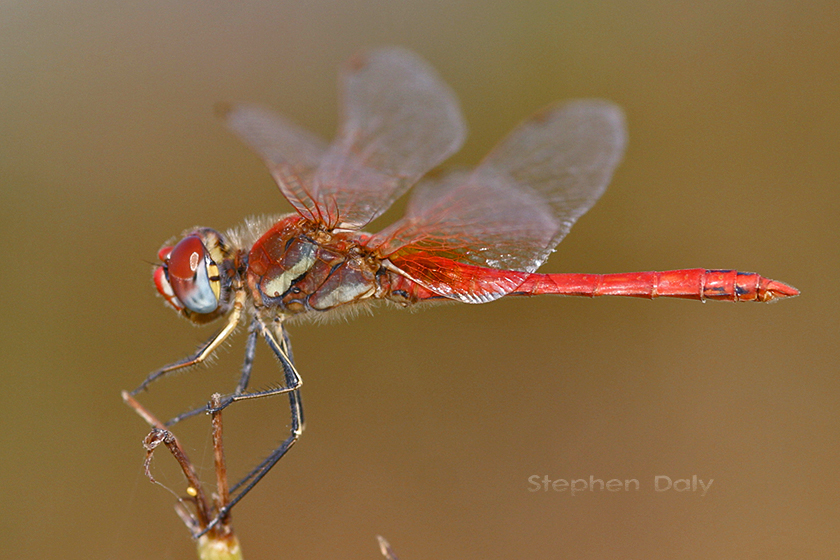 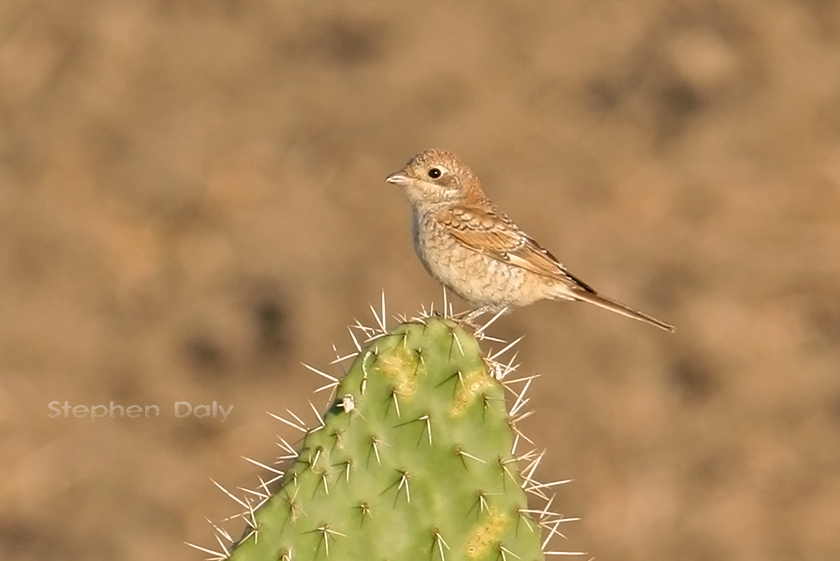 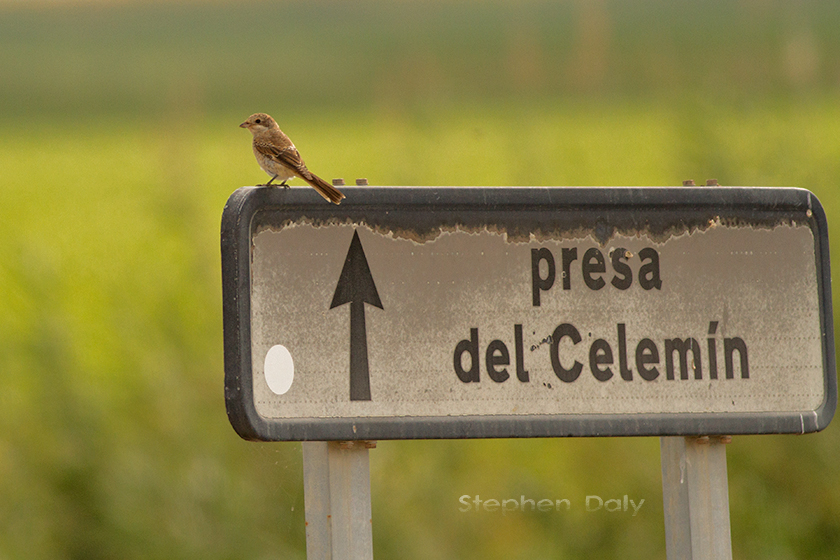 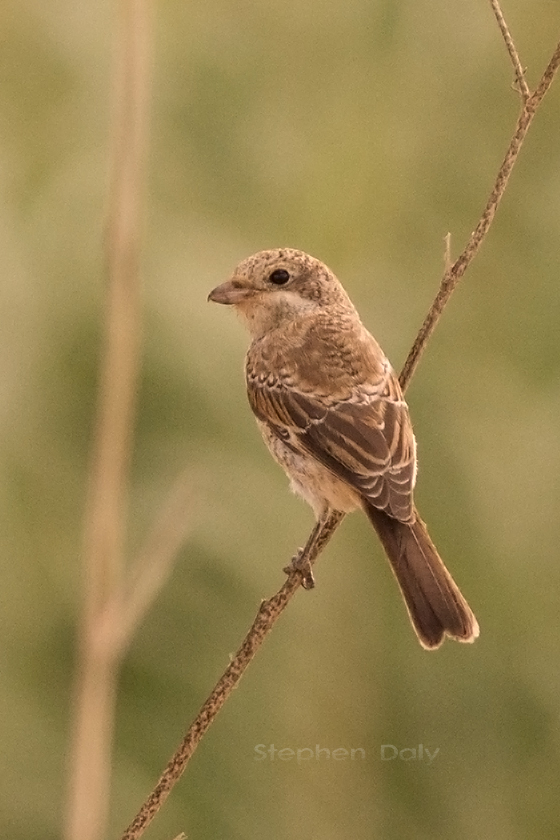