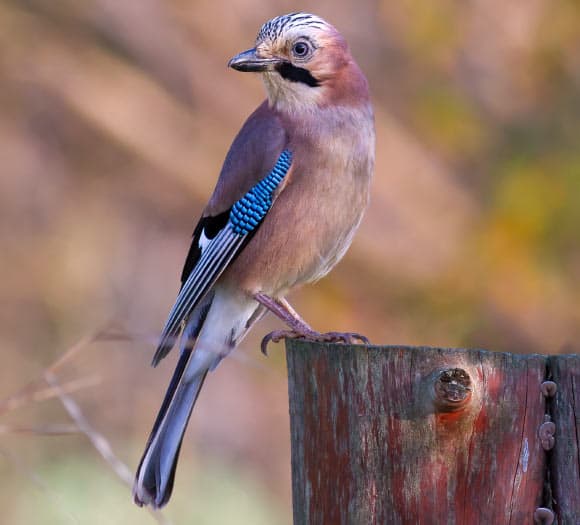 Male Eurasian jays, Garrulus glandarius, are able to disengage from their own current desires to feed female food that she wants, says a group of scientists led by Prof Nicola Clayton from the University of Cambridge, UK.

The ability to disengage from our own desire to cater to someone else’s wishes is thought to be a unique feature of human cognition. In a study published in the journal Biology Letters, Prof Clayton and his colleagues challenge this assumption.

Despite wanting something different to eat, male Eurasian jays can disengage from their own current desire in order to feed the female what she wants even when her desires are different to his.

Study first author Dr Ljerka Ostojić from the University of Cambridge explained: “we found that males could respond to the female’s desire even when their own desire was conflicting. That said, the males were also partially biased by what they wanted – a bias similar to one commonly found in human children and adults.”

In their study, the scientists tested 9 male-female pairs of Eurasian jays from two colonies during the breeding season, the only time when jays share food. To manipulate what food the males and the females desired, they used a phenomenon termed ‘specific satiety’ – after eating a particular food item to satiety, jays prefer to eat a novel food item that they are not currently sated on.

Once a day the females and males were placed in adjacent compartments with a mesh window in between. The male was then pre-fed either wax moth larvae or mealworm beetle larvae – both favorite treats for jays – until he did not want more.

At the same time, the female’s desire was manipulated by giving her the same food as the male, a different food from the male, or her usual diet. During the pre-feeding, the male had visual access to the female and saw her eat. At the end of pre-feeding, all food was removed.

The males were then given 20 choices between a single wax moth larva and a mealworm beetle larva which they could either eat, cache or give to the female. Not surprisingly, when the male and female birds’ preferences were the same, the male fed the female the food desired by both.

However, when the female’s desire differed from the male’s, then he took his partner’s wishes into account, often feeding her the food that she desired. This ability to ascribe to another individual an internal life like one’s own and at the same time understand that the other’s internal, psychological states might differ from one’s own is called state-attribution.

“As humans, we ‘put ourselves into someone else’s shoes’ in order to respond to what the other person wants. Although we are biased by our own current desires, we can inhibit these to put the wants and desires of another before our own. The current findings show that the jays can also do this. So what this research suggests is that a common mechanism might underlie ‘desire-state attribution’ in humans and jays,” Prof Clayton said.

This article was first published in Sci-News.com