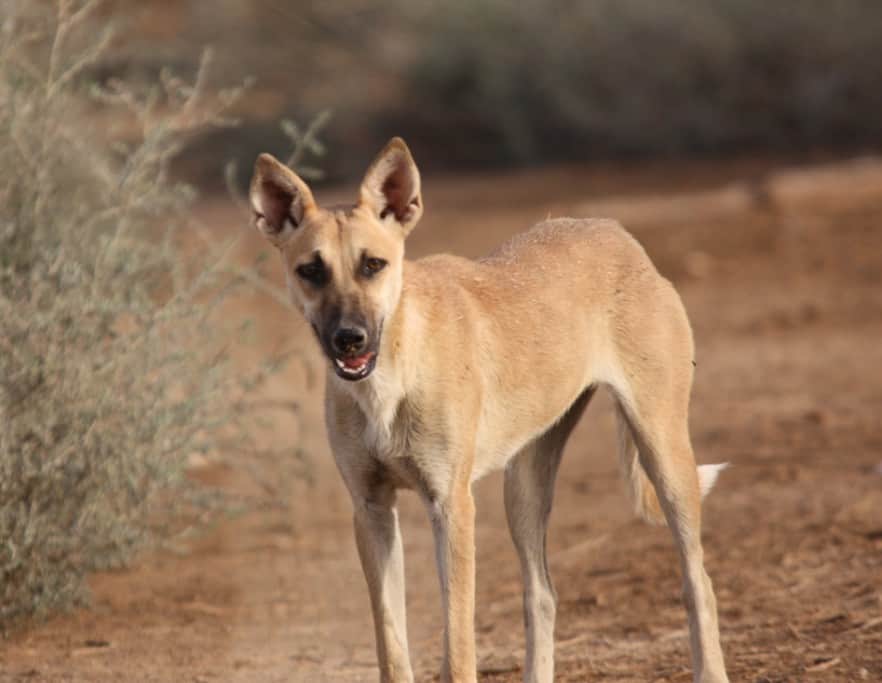 I was in a farm recently with a friend of mine and we were approached by the manager regarding some feral dogs which were becoming a nuisance. There were many sheep in open pens on the farm and it was the lambing season. The manager asked if we could ‘remove’ the animals as they were worrying the sheep. Having discussed the matter briefly I could see no option but to arrange to have them shot. After all, they were wild animals which would not be able to adapt to domestication and could definitely not be trusted around children.

On my next meeting with my friend he told me he spoke with his local religious adviser who asked him three questions 1. Are the dogs harming you personally?, 2. Are they likely to harm you personally? and 3. Have they caused any direct harm to anyone else? Needless to say the dogs got a reprieve.

What struck me about this incident was the fundamental difference between my attitude to the natural world as a scientist and my friends attitude who has a much more holistic view of the world than me. With the growth in NGOs and conservation bodies with an international brief we have a tendency to view the problems from our own perspective rather than from the perspective of the people who are closest to the issues. We apply norms of the developed countries to third world problems and wonder why they are not working.

The involvement of local communities in conservation programmes is more than just employing a local wildlife warden from the village. It requires us to roll up our metaphorical sleeves and get to grips with the complex relationships between local human communities and the wildlife they invariable know and appreciate.

We need to come out of our comfort zones and listen to the reality of the issues and appreciate that human society has amazingly complex relationships with nature and sustainable conservation solutions do not come from armchairs.

Brendan Kavanagh is a Zoology graduate from Trinity College Dublin. In Ireland he developed the ‘National Conservation Strategy for the endangered Grey Partridge”. Based in Bahrain, Brendan has established the first sustained bird ringing programme using the British Trust for Ornithology ringing scheme, has trained local Bahraini personnel, Wildlife Rangers from Saudi Arabia and conducted research on the Grey Hypocolius, a species endemic to the Middle East. He has ringed over 10,000 birds and amassed a significant data set on the morphology of migrants in the Gulf Region.

Brendan Kavanagh is a Zoology graduate from Trinity College Dublin. In Ireland he developed the ‘National Conservation Strategy for the endangered Grey Partridge”. Based in Bahrain, Brendan has established the first sustained bird ringing programme using the British Trust for Ornithology ringing scheme, has trained local Bahraini personnel, Wildlife Rangers from Saudi Arabia and conducted research on the Grey Hypocolius, a species endemic to the Middle East. He has ringed over 10,000 birds and amassed a significant data set on the morphology of migrants in the Gulf Region.

As a scientist, you should still know that removing the feral dogs would have been the right thing to do.  They are neither “wildlife” nor “nature”.  They are creatures that we introduced to an unnatural environment and it is our responsibility to correct our mistakes.  I have no doubt that this is the correct conservation solution, right from my armchair.  Or, are we to plant, relocate and create a new “nature”?  Just because a native religious leader thinks that an introduced creature or plant is a benefit does not remove the responsibility of a scientist to explain why it is not.

Thanks Fishlkmilk. As we say in Ireland ‘there’s more than one way the skin a cat’ (or in this case dog!). As scientists we can study the problem and identify solutions but this is only a part of the issues. The solutions involve more than just scientists however and it is here that we fall down in many cases. We are very poor at the delivery point in that we sometimes fail to take non-scientist’s view point into the equation. We fail to sell the message to the non-scientific public. As you rightly point out, it is ‘the responsibility of… Read more »

Very good post.  Thought provoking.  Wild creatures must be treated with the same respect we give our fellow humans.  They are not a “resource” or a “commodity.”  If we abuse, exploit or disrespect any of God’s creatures, we do the same to ourselves.

Thank you for your comments on my article Steven. My work with conservation is as much about working with people as with animals. The lack of understanding of the scientific facts coupled with a different concept of nature in their lives, makes dealing with people and conservation challenging. The animals are never the problem but the humans are definately part of the solution. BK

It’s a pity you didn’t get the chance to talk to his “religious advisor” and ask him a few questions.   Are these feral dogs only killing sheep or are they also killing endangered wildlife species in the area?  Are you aware that introduced (read feral) predators such as this are pushing native wildlife species towards extinction?  Are you aware that such feral animals may well be carrying diseases which can be transmitted to other species? Here in Australia numerous native species are suffering due to introduced animals going feral,  rabbits, foxes, cane toads,  the list goes on.   In the Hawaiian Islands feral pigs,… Read more »

Hi Kevin
Thank you for your interest in the piece on the feral dogs. My experience of these dogs is that they first clear out all the feral cats, then the native Daub Lizzards and any snakes they can find. They also hunt the tall grass areas at night for ground roosting birds. Thankfully there is no rabies in Bahrain but I dread the prospects if it arrives across the causeway with Saudi Arabia.