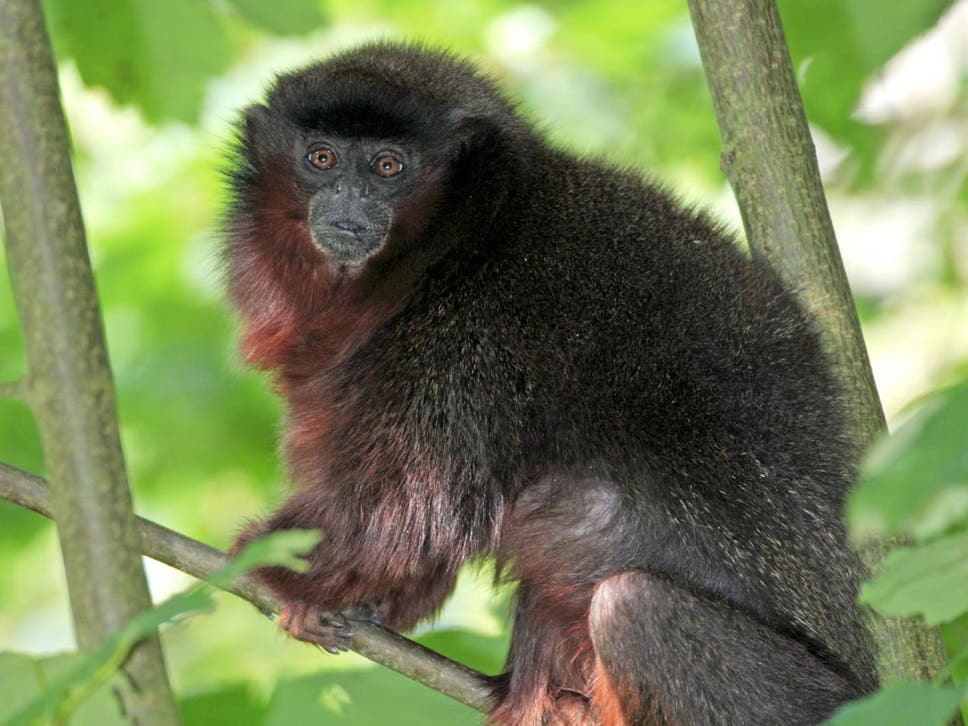 DNA analysis has revealed a “new” species of monkey that only survives today because its habitat is difficult to access and therefore hasn’t been converted for large-scale agriculture, reports New Scientist.

Writing in Primate Conservation, a team of scientists analyzed the traits of a group of titi monkeys rediscovered in 2011 in the Chapada dos Parecis, a plateau in southern Rondônia and western Mato Grosso that lies in the “Arc of Deforestation”, an area where vast swathes of forest have been cleared for cattle ranching and mechanized soy farms.

They determined that the monkeys in this area are sufficiently distinct from the closely related ashy black titi to be classified as a separate species.

They dubbed the primate Plecturocebus parecis after the name of the plateau.

While Plecturocebus parecis lives in an area of high deforestation, its habitat — transition forest between the wet Amazon rainforest and the drier Cerrado woodland — lies with within Juruena National Park and indigenous territories.

The steep sides of plateau have also afforded protection by making its habitat unappealing for large-scale deforestation that has happened elsewhere in the region.

For these reasons, the researchers recommended listing Plecturocebus parecis as Near Threatened on the IUCN Red List.