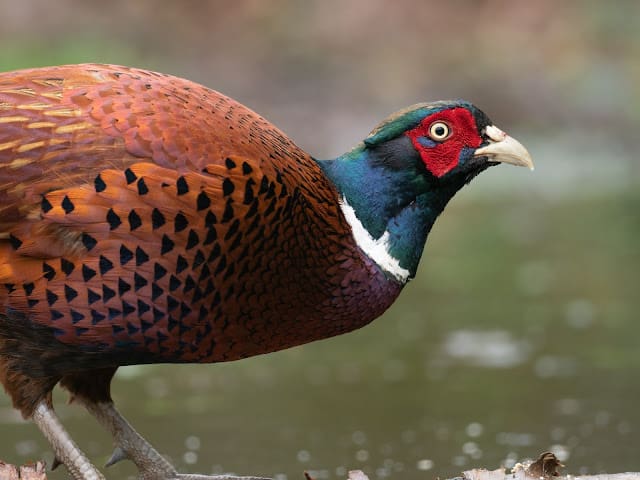 Sarah had brought for me, at Christmas, a photography course with David Tipling and so we all headed up to North Norfolk for the weekend. David is a recent convert from Nikon to Olympus and is now an ambassador for Olympus. The main aim for me was to glean some of his knowledge in using the Olympus set-up for bird photography, particularly in low light. Since switching from Canon to the Olympus OMD MK-1 Mark II, I had been struggling to get the results that I had been achieving with the Canon and so felt that I needed some guidance. David’s website can be viewed here, he runs a range of courses and I would thoroughly recommend booking with him if you are new to Olympus.

We travelled up on 7th arriving in North Norfolk at 15:00, to stretch the legs after a 4.5 hour drive we headed to Titchwell and walked out to the beach. There were large numbers of Brent Goose on the reserve but water levels were high and bird numbers low. On the beach I scanned the sea and picked up Red-necked Grebe, three Slavonian Grebe and a few Common Eider. On the beach were large numbers of Bar-tailed Godwit, Knot and Sanderling. At 16:30 with Sarah cold and Tobias tired it was time to head for the hotel and a much needed beer.

On Friday 8th I met David at 07:30 in dark, windy and fairly wet conditions and we drove to his woodland hide where we spent the first few hours of the day. Despite the poor weather conditions there were good numbers of birds coming into his pool and feeders and over the morning we had good views of many common woodland birds – unfortunately, the Marsh Tit which were so vocal around the hide only dropped down for brief visits. We spent much of our time working through the camera settings and becoming familiar with the menu’s and learning to shoot in the low light conditions.

We then went onto Cley where the wind was blowing a gale and, at times, the rain was almost horizontal. We spent some time studying the flock of several hundred Brent Goose along the Beach Road. At the beach we walked east along the shingle to see if we could see a Glaucous Gull that had been present feeding on a dead seal but unfortunately the bird was distant and roosting on the marsh. A flock of around 30 Snow Bunting gave some consolation but it was very difficult to photograph them in the high wind.

We had a brief lunch stop at Morston Quay where we were hoping for an obliging Spotted Redshank but instead there was an obliging Common Redshank. We headed in-land scanning the fields and eventually found a covee of 16Grey Partridge at fairly close range

We then went onto a small stream where David had been feeding a Water Rail, it wasn’t long before the bird appeared at close range but unfortunately the bird did not show for long, presumably due to the high winds. We finished the day at Holme Marshes Reserve hoping for a Bittern or a Barn Owl but saw neither. Despite the windy and occasionally wet day we had seen a few nice species and I had definitely found a new confidence with my Olympus set-up; now time to practice.

On Saturday we woke to a sunny day but the wind was even stronger. After a leisurely breakfast I convinced Sarah and Tobias that a short walk along the shingle at Cley to see the Glaucous Gull feeding on a dead seal was a good idea but when we arrived, not only was it nearly impossible to stand, but once again the gull was off on the marsh and was far too distant. I think even Tobias was upset at dipping seeing the gull feed on a dead seal. On the return walk a flock of some 70 Snow Bunting was some conciliation. We then headed inland to the road betweenWiveton and Langham where up to four ‘Tundra’ Bean Goose have been present with c.3,000 Pink-footed Geese since 5th February. We stopped route to watch boxing Hare’s which are always enthralling to watch. On arrival at the sugar-beet field where the geese were frequenting, there were a few birders present and I was soon onto a couple of Bean Goose. They were very easy to pick-out of the masses of Pink-footed Goose by way of their bright orange legs.

Pink-footed Goose – Between Wiveton and Langham

‘Tundra’ Bean Goose with Pink-footed Goose – Between Wiveton and Langham

Pink-footed Goose, note the Barnacle Goose at the top of the image, I failed to notice this bird and my images show two birds to be present – Between Wiveton and Langham

We then headed to Holkham where a flock of c.30 Horned Lark have been wintering, we parked on Lady Anne Drive, which is like a zoo now that the new visitor centre has been constructed. Sarah and Tobias wanted to stay in the car due to the wind so I walked swiftly to Holkham Gap through the crowds and quickly came across a small group of birders watching the Shore Lark. The birds were moderately close, maybe 20m away, feeding in the saltmarsh vegetation. Always great to see these stunning little birds. I watched them for around 15 minutes until the flock took off and flew north much further away from the path, in flight I counted 29 birds, the largest flock I had seen in the UK.

After dropping Sarah back at the hotel for a spa treatment, Tobias and I set-out to look for Barn Owl, he was really keen to see Barn Owl. We drove from Burnham Market and out to the coast road and fairly quickly I spotted a distant Barn Owl hunting the meadows to the north of the coast road at Burnham Overy Mill. The bird headed north-west and we followed it along the main road to Norton Hall Farm where we eventually had great views. Tobias was made up with this and wanted a toy Barn Owl to celebrate so we popped to Titchwell where we obtained said toy and also got good views of a Woodcock in the car park. We spent the last hour of the day driving the fields inland trying to get photos and more looks of Hare but despite seeing many we never found one close enough for decent photos. The highlight was a fantastic flock of around 5,000 Pink-footed Goose that we came across in fields north of Stanhoe, as we parked on the verge next to the fields the flock took flight and passed overhead, an amazing site and sound.

On Sunday we woke to heavy rain and so after breakfast we headed back and were home by 14:30 just in time to watch England thrash France in the Six Nations, a fine end to a highly enjoyable weekend.