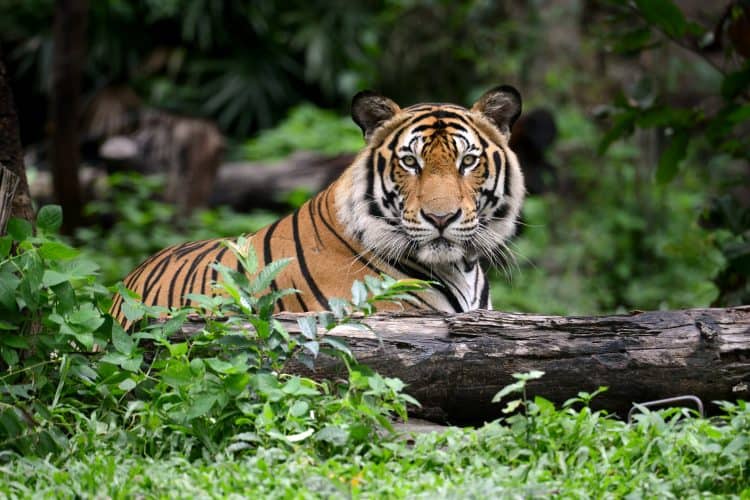 Tigers face threats from the illegal wildlife trade. Poaching is one of the main reasons the tiger population is so low. Yet many people get angry with tigers for being the wild animals they are.

Tigers should be protected even if they come into contact with humans because there are other ways of dealing with the conflict.

A mob of over 40 people beat a tiger to death and there is a heartbreaking video that captured it all. Apparently, the tiger in the video attacked nine people so she was hunted down by villagers.

They beat the tiger with sticks and bamboo canes. The tiger can be heard growling in pain as the people continue to beat her, yelling “charge.”

What’s worse is that after they got their revenge, they didn’t allow the tiger to be taken to the vet. According to Metro UK, the District Magistrate of Pillibhit Vaibhab Srivastava said “The tigress was assessed by the vets and they say it succumbed to its injuries.

The villagers didn’t allow the animal to be taken to the veterinary, had it arrived to the vets in time it could have survived.”

Authorities are tracking down those involved to hold them accountable for the brutal way they killed the tigress. When there is conflict between humans and tigers, the tiger should be captured and relocated rather than killed. If you agree, sign this petition!

This article was first published by OneGreenPlanet on 12 August 2019.

Lim Kooi Choong can you please stop adding friends that have no animal interests? One hadn’t even posted since 2015. Any more will be deleted without being checked

Only ignorant people kill what they don’t understand !!!!