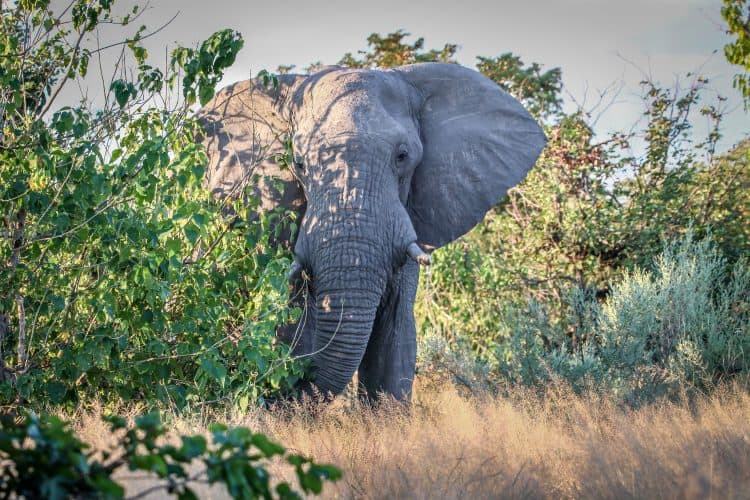 Botswana is home to one-third of the entire elephant population in Africa. Elephants are constantly in danger of poaching, habitat loss, and more human-inflicted threats.

That’s why humans should be doing all they can to protect them. Yet, Botswana has in the last year only threatened to harm their elephants more.

Botswana unarmed their anti-poaching force which in just a matter of months led to the largest scale of elephant poaching.

They also proposed using elephant meat in dog food and were among the five countries asking CITES to lift the ban on the ivory trade.

One graphic image has gone viral showing just how dangerous Botswana is for elephants without the protection they need. The photo shows a mutilated elephant whose head was hacked in two for his ivory.

The anti-poaching force used to protect the elephants with their shoot-on-sight mandate, but now the elephants are at risk of tragic incidents like this.

Elephants shouldn’t be killed this way for their tusks, which belong to them. Botswana needs to take action to stop poaching.

If they won’t restore the protections they used to have in place like the armed anti-poaching force, they should be implementing new regulations to help the elephants survive. Otherwise, the population will decrease as it has in other parts of Africa.

If you agree, sign this petition urging Botswana to protect their elephant population!

This article was first published by OneGreenPlanet on 26 July 2019.