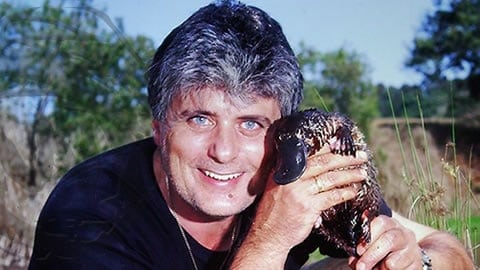 I never forgot several years back the spontaneous remark of one of my web readers from Texas saying that “I talked about the platypus like if this animal was still alive” and if this was correct she had lived with this erroneous conception for over 20 years.

Where others as I would show them this animal close up and in the wild, would burst emotionally crying as they had waited for so long for such closer encounter.

Finally, of course there is me!

Over 16 years (still now) spending hours, days, weeks months and finally years in the pursuit of the most enigmatic animal of all times – the Platypus. I still remember my early days back in 80’s, when my wife introduced me to the “Platypus” in Melbourne Healsville Sanctuary. She was saying, “look this animal is unique, found only in Australia, bla, bla, bla”, and my reaction was: “OK, next animal please”

Was not until I came to the tropics in the 90’s that my life turned around. I finally stopped, looked around and watched what nature had to offer, and the rest”was history”, I was hooked on Wildlife.

In those days, I owned and operated a successful ecotourism accredited & award winning wildlife tour business (before the Australian tourism got a turn for the worst) as I wanted to introduce to visitors to the tropics the amazing diversity in tropical fauna. This also attracted film crews, likeTiger Tiger, Ch4 UK; World Gone Wild, USA;USHYAIA France;Nick Baker – Wildlife Down Under (National Geographic & Discovery Channel) where I hosted the subject of the platypus and other local wildlife.

Now retired from that angle of touring, “you can take the man out of the bush, but not the bush out of the man” I gather momentum in delivering for the first time two documentaries on DVD. “The Platypus in The Tropics”has been the labour of extensive experience in the field.

I’m now among David Pareran award-winning Australian natural history film makerand SirDavidAttenborough that got to successfully view and film inside a platypus burrow and make a documentary based on the fact.

If you are interested in wildlife then you should get yourself a copy HERESoon to be released later this month – send us an email so you can be placed on the priority delivery.