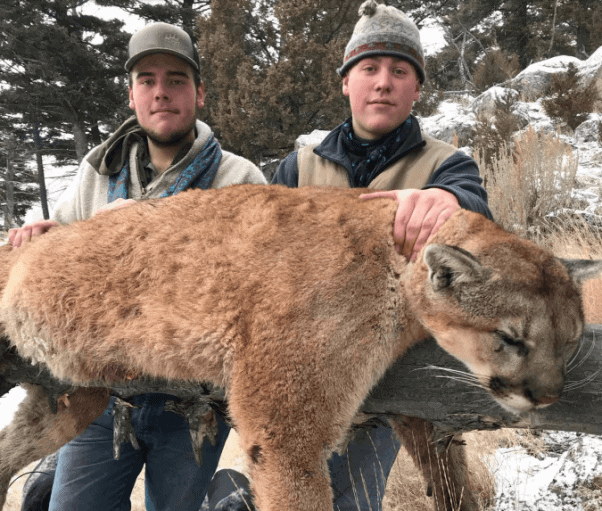 Dumb criminals make everyone’s jobs so much easier. Three poachers were arrested, convicted, and banned from hunting, fishing, and trapping worldwide for three years after they illegally killed a mountain lion in Yellowstone National Park and posted photos of their “trophy” on Facebook, Instagram, and Snapchat.

The social media trail made it easy for authorities to track down the three Montana men, who shot the adult male lion a reported eight times before finally killing him.

Despite their online boasting, the men reportedly backpedaled, gave different accounts of the incident, and made excuses when they were interviewed by investigators.

The men were also fined for violating the Lacey Act, which prohibits taking, killing, or selling wildlife from protected areas.

Neither their bragging nor subsequent backpedaling is surprising. Only cowards corner an outnumbered animal who is most likely just trying to escape and take turns firing shots at him for fun.

Trophy hunters can’t resist posting arrogant photos of themselves standing over slaughtered animals in an effort to win approval.

But no one is impressed.

Trophy hunters’ social media posts of their kills serve only two purposes: to make them the subject of an intense backlash and to save animal advocates as well as authorities a great deal of time and money in trying to find the culprits.

What You Can Do

This article was first published by PETA on 17 June 2019.