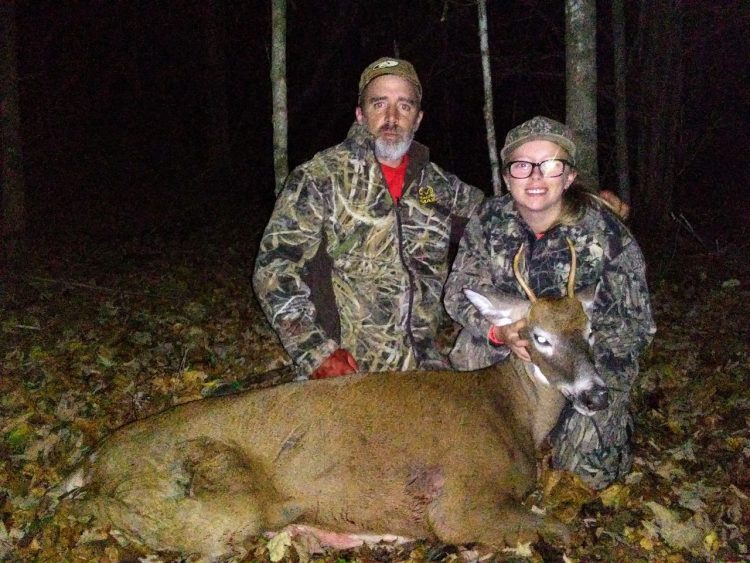 Among the proposals, the governor would lower the minimum hunting age for big game (deer, bear) with a firearm from 14 to 12, and expand the use of crossbows “in all big game seasons,” including the full length of the regular bowhunting season. (See page 128 of the budget bill)

But will these changes to hunting regulations happen?

“Many sportsmen would love to see these changes, but it’s not unusual that some of these things would be deleted during budget negotiations,” said Chuck Parker, president of the New York Conservation Council, a non-profit group that advocates for conservation and the state’s sportsmen.

Although such proposals have failed to gain traction in the past, Parker advised against complacency.

“Could this be the year? Kudos if the governor can pull it off,” he said. “If sportsmen want to see these changes go into effect, they should contact their local state lawmakers right now – and particularly, the majority and minority leaders in both the state Senate and Assembly. Just don’t sit back and let things just happen.”

The earliest these young hunters can go for big game with a firearm is 14. With a bow, 12.

“Expanding junior hunting will allow youth to learn the basics of being a safe hunter from a young age and will drive increased family participation in the outdoors,” the budget summary states.

Currently, junior hunters and their mentors must remain at ground level while hunting with a firearm or a crossbow. It’s Ok, though, for junior bowhunters to be up in a tree stand. The restrictions pertaining to firearms and crossbows would be removed under Cuomo’s proposal.

“With the popularity of two-person ladder stands and elevated hunting blinds, along with the availability of devices such as safety harnesses and ‘lifelines’ that connect the hunter to the tree and prevent a fall in case of an accident or tree stand failure, mentors have a variety of options to safely teach firearm handling and hunting skills to junior hunters from elevated positions,” the summary states. “”The idea is that shooting from elevated stands often helps to ensure that shots fired downward have a safe backstop (the ground).”

“This bill seeks to remove unnecessary restrictions on the types of implements that those youth hunters may use and the type of game they may pursue. Removing these restrictions will allow parents to teach their children important safety precautions.”

Currently, crossbows can be used during the last week or two of the regular bow hunting seasons in the Northern and Southern Zones, during the regular firearms season and in the late bow/muzzleloading seasons.

Allowing their use during the entire regular bow hunting season is big change and has been debated for the past couple of years.

“New hunters may prefer to learn to hunt with a crossbow than a firearm,” the budget summary states. “Expanded crossbow use in all big game seasons will allow increased participation by those who do not have the physical ability to handle a conventional bow or don’t feel comfortable using, purchasing, or carrying a shotgun or rifle.”

Crossbow users would be required to take a bowhunting education course in addition to hunter safety training under the new legislation.

Currently, crossbow hunters must merely read the crossbow hunting safety information in the DEC’s hunting guide and fill out a form (also in the guide) certifying that they’ve read the information, and carry it with them while hunting..

Officials for the New York Crossbow Coalition are encouraged by Cuomo’s proposal, noting that the state Department of Environmental Conservation’s recently proposed 10-year White-Tailed Deer Management Plan advocates their use during the full bow season. (page 73)

“New York Crossbow Coalition is encouraged with the Governor including crossbow full inclusion into archery season and eliminating arbitrary restrictions on width and draw weight in the Executive Budget proposal,” said Rick McDermott, of Pulaski, spokesman for the Coalition. “We also support the lowering the age to 12 for youth to hunt big game under adult supervision.”

The crossbow group’s website currently has a form letter voicing support for the changes that can be sent to state lawmakers.

“The sporting community needs to unite to make sure this remains in the final budget,” McDermott said.

This article was first published by New York Upstate on 21 January 2021. Lead Image: Alex Taylor, 15, shot this buck during the 2020 Columbus Day Weekend Youth Firearms Hunt while hunting with her father, Eric, in Whitehall in Washington County. She shot it with 243 rifle.

We invite you to share your opinion whether children aged 12 should legally be allowed to hunt deer and bear? Please vote and leave your comments at the bottom of this page.