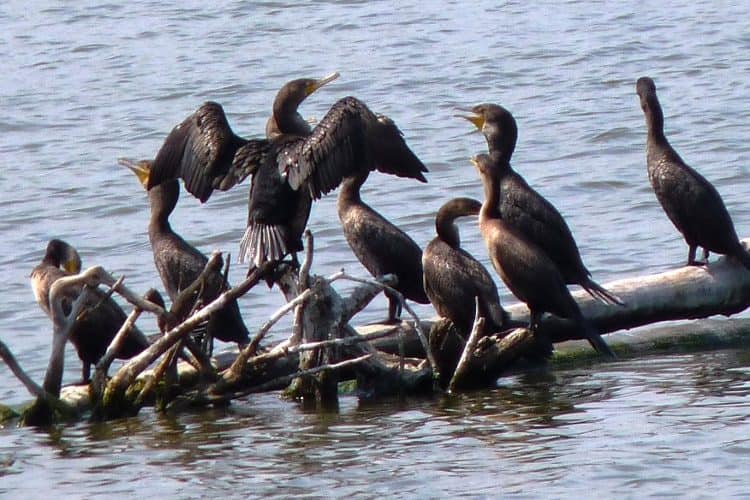 Cormorants are migratory birds and are therefore regulated under the Migratory Bird Treaty Act. However, recreational and commercial fishermen around the Great Lakes say growing populations have negatively impacted local fisheries.

Previously, managers were allowed to use lethal force to reduce the bird population in the Great Lakes. In 2014, the U.S. Fish and Wildlife Service extended the Public Resource Depredation Order for five years. In 2016, a federal judge vacated the order, saying it violated the National Environmental Policy Act, and ordered the USFWS to complete a new environmental assessment.

Soon after the assessment was released in November 2017, Rep. Jack Bergman, R-Michigan, introduced a bill (H.R. 4429) that would direct the Interior secretary to reissue the depredation order.

“Without the ability to effectively manage cormorant populations the livelihood of our recreational and commercial fishing industries is seriously threatened,” Bergman said during the hearing. “These industries are critical to our local economies.”

Tom Cooper, the USFWS Migratory Bird Program Chief for the Midwest Region, said that the 2017 assessment did not address the effects of cormorants on free-swimming fish due to a lack of scientific information. USFWS is currently collecting information from state and local stakeholders.

“Until this evaluation and potential NEPA review process is complete, the [Interior] Department supports legislation authorizing the take of problem birds through a temporary, short-term reinstatement of the depredation orders,” Cooper said.

Daniel Eichinger, executive director of Michigan United Conservation Clubs, said cormorants prefer fish around six inches or smaller. Primarily feeding on small or juvenile fish can affect annual recruitment for fish populations. Lack of recruitment has long-term effects on fisheries, and managers may not see the effects for more than a year.

Bergman’s bill was considered in a hearing with the House Federal Lands Subcommittee in February but has not been reported to the full House for consideration.

This article was first published by The Wildlife Society on 28 Jun 2018.

We invite you to share your opinion whether cormorants should be culled to protect local fisheries? Please vote and leave your comments at the bottom of this page.