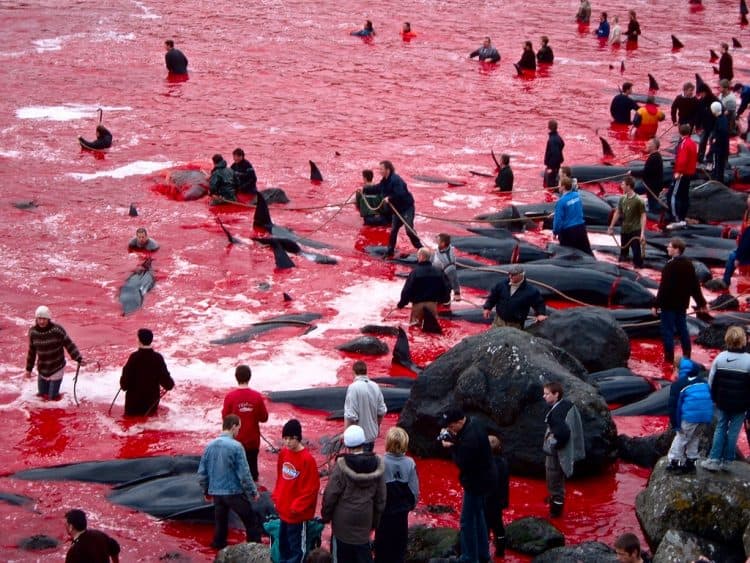 Animal rights activists have launched an unprecedented legal challenge to the slaughter of dolphins in Japan, claiming that fishermen are routinely violating animal welfare laws and exceeding government-set quotas.

The London-based organisation Action for Dolphins and the Japanese NGO Life Investigation Agency on Wednesday submitted evidence they hope will halt the annual dolphin hunts in Taiji, a whaling town on Japan’s Pacific coast, the Guardian can reveal.

“Dolphins are mistakenly viewed as ‘fish’ in Japan, and therefore domestic laws protecting mammals from cruelty have not been applied to them,” claimed Sarah Lucas, chief executive of Action for Dolphins.

The lawsuit, filed with the Wakayama district court, “asserts that dolphins are biologically mammals, and the cruelty inflicted on them in Taiji is “illegal under Japan’s own laws”.

The allegations made against Yoshinobu Nisaka, the governor of Wakayama prefecture, where Taiji is located, include that he has allegedly abused his power by issuing permits to fishermen who violate Japan’s animal welfare laws and catch quotas. It is unknown whether those allegations will be denied.

A prefectural government official declined to comment when contacted by the Guardian, saying it was unaware of the lawsuit.

The Taiji drive hunts gained notoriety after the release of the 2009 Oscar-winning documentary The Cove, whose graphic footage of dolphins being slaughtered with knives, turning the surrounding sea a crimson red, shocked audiences around the world.

If the challenge succeeds, those permits will be declared invalid, and the dolphin hunts in Taiji will not be allowed to continue, Action for Dolphins said.

“This isn’t about casting moral aspersions on Japan, but about compliance with the country’s own laws” said spokeswoman Angie Plummer. “We are trying to depoliticise the debate.”

“The method used to kill dolphins during the hunt is exceptionally cruel,” said Lucas, who was awarded 110,000 yen by a Japanese court three years ago after she was prevented from entering Taiji’s whale museum to check on the welfare of a captive baby albino bottlenose.

“A metal rod is repeatedly stabbed into the back of the dolphin’s neck and a wooden plug is inserted into the open wound to prevent blood loss. This means the dolphins die a slow, painful death, taking several minutes to bleed out or drown in their own blood.”

The suit also claims that fishermen in Taiji routinely flout catch limits set by the government.

It presents evidence that fishermen in the town have illegally caught more than 400 dolphins and whales in excess of their quotas in the past five years.

Under the Japanese legal definition, the quotas should include not only dolphins that are killed deliberately or sold to aquariums, but also those that are caught and released – sometimes after several days – and that die from collateral causes such as drowning or injury, the group claims.

“The irresponsible overhunting of hundreds of dolphins and whales has contributed to the near elimination of some species in Japanese waters,” Lucas said.

Yoshifumi Kai, a senior official with Taiji’s fisheries cooperative, said he had yet to read the lawsuit but denied that local fishermen exceeded quotas or killed dolphins inhumanely.

“Japanese authorities do not require us to count released dolphins as part of the official quota,” Kai told the Guardian, adding that dolphins killed for food were not left die prolonged deaths. “In most cases they die straight away, although that doesn’t happen 100 percent of the time. That doesn’t just apply to dolphins, though – the same thing happens to cattle.”

Some of the dolphins captured at Taiji are killed and their meat sold in supermarkets and restaurants, but the most attractive specimens are spared and sold to aquariums for up to tens of thousands of pounds each, according to Lucas.

In 2015, Action for Dolphins took legal action against the World Association of Zoos and Aquariums that resulted in 62 Japanese aquariums facing expulsion from the body unless they agreed to stop buying dolphins captured in Taiji. The town’s whale museum, however, quit the Japanese branch of the world association in protest and continues display and sell locally caught cetaceans.

Taiji’s fishermen insist they have no intention of ending the hunts, saying they are part of the town’s whaling heritage and a vital source of income for the local economy.

This article was first published by The Guardian on 13 Feb 2019.

We invite you to share your opinion whether Japan should be sanctioned for continuing the bloody slaughter of dolphins? Please vote and leave your comments at the bottom of this page.