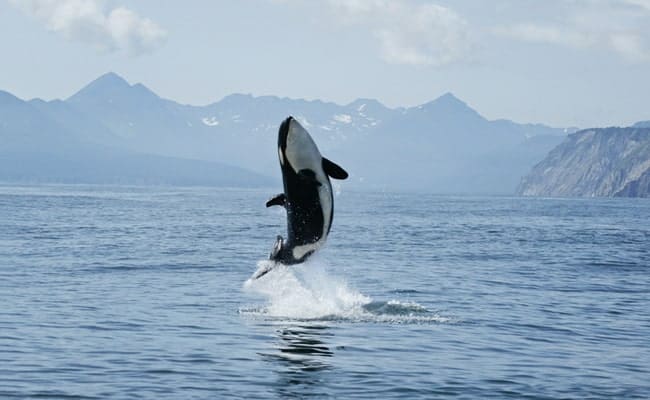 In a historic victory for whales and dolphins, France just passed legislation that animal advocates hope will ultimately bring their captivity to an end.

The new legislation bans captivity of whales, dolphins and porpoises, with exceptions for bottlenose dolphins and orcas who are already being held in aquariums, including those at Marineland Antibes, but it also bans captive breeding.

“Clearly, this means the end of breeding, trade or import programs, programs that maintain a deadly system, tearing apart the cetacean families that are exploited there. … this French advance is historic,” a coalition of organizations said in a joint statement (via Google Translate).

The new legislation also bans public contact with captive whales and dolphins, which will end programs that allow people to swim with them, and it will require facilities to increase the size of their enclosures if they want to continue operating. Any that do now have six months to come into compliance, and will have three years to expand pools.

“We applaud this decision by the Environment Minister which we hope will lead to the eventual phasing out of captive dolphins and whales in the country,” said Marine Connection Director Margaux Dodds. “[Environment MinisterSégolène Royal] has shown an understanding of the threats to the welfare of cetaceans in captivity and by bringing these new regulations into force and banning breeding, has taken measures to bring about an end to cetaceans being held in captivity – it is a great step forward.”

As the tide of public opinion continues to turn against keeping whales and dolphins in captivity, the industry continues to grasp at justifications for confining them and using them as performers. Yet despite its best efforts to convince the public that captivity is a necessary evil that is supporting education and conservation, more and more people and places continue to turn against it.

Instead, more people are acknowledging that confining these these highly social, intelligent and far-ranging creatures to tanks is inherently cruel and are instead looking for ways to protect marine mammals in their natural environments.

While the announcement from France is a major victory for the anti-captivity movement, animal advocates are continuing to work toward similar changes elsewhere.

We invite you to share your opinion whether more countries should ban breeding captive dolphins and orcas? Please vote and leave your comments at the bottom of this page.

That there should be any no votes is beyond comprehensible! How totally without conscience and respect for these amazing social animals!!! Now is the time to end captivity and allow these magnificent creatures a right to life and family.

YES, ALL countries should ban breeding captive dolphins, orcas and/or any other marine creature.

I pray for the Day all countries get on board and realize we need to respect and protect wildlife! they are just trying to survive us.!

AUSTRALIANS SAY NO TO SEAWORLD
http://www.change.org/en-AU/petitions/seaworld-australia-please-tell-seaworld-that-we-demand-the-closure-of-their-foul-aquaprison-sea-creatures-forced-to-do-tricks-in-swimming-pools-it-s-time-to-say-no-to-animal-cruelty-in-all-forms