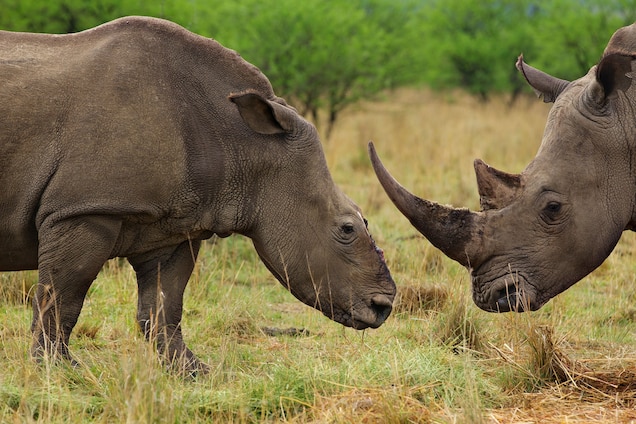 How do you disrupt the illicit rhino horn supply chain from Africa to Asia? That’s the question spurring a new investigation into rhino horn trafficking in China and Vietnam undertaken by the Elephant Action League (EAL), a Los Angeles-based conservation NGO.

Rhinos are being decimated by poaching. In South Africa, home to almost 80 percent of the world’s rhinos, more than a thousand have been slaughtered annually during the past four years. That’s 8,000 percent more than were killed a decade ago, in 2007. Last year rangers in Kruger National Park were called out to stop more than 2,800 incursions by poachers—roughly eight every day.

It has generally been thought that Vietnam is the main market for rhino horn, although little has been known about the traffickers and their links to countries of origin and transit. Until now, that is. The EAL report confirms that much of the horn winds up in Asia—but that China, not Vietnam, is the black market behemoth.

EAL’s investigation, conducted from August 2016 through June 2017, involved off-site research, intelligence analysis, and multiple undercover field missions to key locations in Vietnam and across China, with a focus there on provinces along the southern border: Guangxi, Guangdong, and Yunnan, as well as Henan, Fujian, and the capital, Beijing.

This confirmation that rhino horn is ubiquitous in China underscores how important it is for the country to take steps to shut down the trade, which is illegal, just as it has made strong moves to end trade in elephant ivory.

“As in the case of the elephants, the future of the rhino lies in the hands of China, and its willingness to enforce the law, and in the hands of the international community to apply pressure on China and Vietnam to stop this madness,” says Andrea Crosta, director of EAL and the author of the report.

“Unlike the illegal ivory trade, where to make real money you have to smuggle or sell hundreds of kilos of ivory, in the case of the rhino, with a wholesale price for raw horn of roughly 40 times more per kilogram than raw ivory, you need much less to make good money,” Crosta says. “So overall the volume of the rhino horn illegal trade in terms of pure quantity is much smaller than for ivory, yet the profits for traders are much higher.”

The hundred-page report, released today, reads a bit like a spy novel, with numerous quoted conversations (unattributed in this publicly available document) that give insights into the minds of rhino traffickers.

EAL details a web of traffickers, transporters, wholesale dealers, and traders that shows—by its very complexity—why stopping the trade is so difficult.

The investigators found that dealers in China typically don’t maintain an inventory but rather supply it on-demand to avoid detection. Dealers also use WeChat to connect with buyers and Alipay to process payments.

The names of key suspects and other evidence have been handed over to relevant authorities. “They can’t arrest these people just because it’s in our report, but it’s more than enough to trigger their own investigation,” Crosta says.

Some highlights of the report:

Watch: Baby Rhino Rescued A Week After Being Shot and Orphaned

Dec. 7, 2016 – Watch this daring rescue of a wounded and orphaned rhino. After its mother was killed by poachers, the baby rhino survived a serious wound and lack of milk for a week in the wilds of South Africa. Rescuers from Care for Wild Africa and Working With Rhinos were able to capture and care for the rhino, and are confident that it will make a recovery.

EAL has handed a 200-page confidential intelligence brief to law enforcement agents in China, Vietnam, Interpol, and the United States. The brief contains case files on 55 rhino horn traders and traffickers in China and includes videos and other evidence.

“This is the most important outcome of this investigation,” Crosta says. “We’re not talking about a guy selling a bracelet or cup, but high level traders—people capable of importing and selling many raw horns and products.”

This article was first published by National Geographic on 18 Jul 2017. Lead Image: An attack by a poacher left this rhino in South Africa hornless. More than a thousand rhinos there have been slaughtered for their horns annually during the past four years. Photograph by Brent Stirton, Getty Images, National Geographic Creative.

We invite you to share your opinion whether the illegal rhino horn trade should be shut down? Please vote and leave your comments at the bottom of this page.