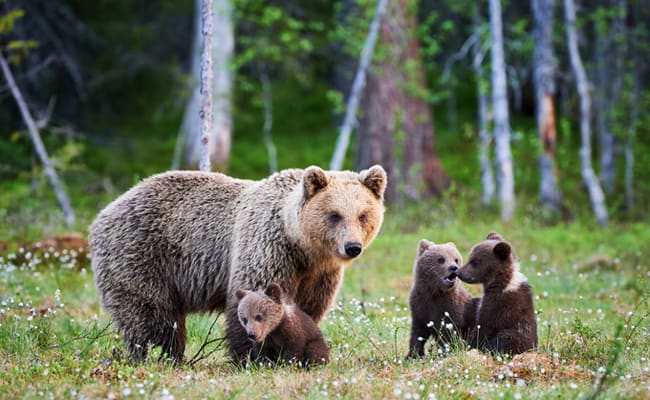 Conservationists are finally celebrating an epic victory after decades of fighting to protect grizzly bears in British Columbia.

In August, the government announced its commitment to ending grizzly bear hunting in the Great Bear Rainforest and throughout the province.

While the news was welcomed at the time, major concerns were raised about a loophole that would have allowed hunters to continue killing grizzlies for sport if they claimed they were being killed for their meat.

Now, however, following a public comment period, that loophole has been closed. Trophy hunting has been banned entirely throughout the province, with an exception for First Nations who hunt for food, social, or ceremonial purposes, or treaty rights.

“Through consultations this past fall, we have listened to what British Columbians have to say on this issue and it is abundantly clear that the grizzly hunt is not in line with their values,” said Doug Donaldson, Minister of Forests, Lands, Natural Resource Operations and Rural Development.

The grizzly bear hunt is over. Finally, after a decades-long battle, these animals will wake up in the spring, free from the persecution of trophy hunters. P/C: Sam Edmonds

Some continue to argue that these hunts, and trophy hunting in general, are a necessary management tool, and that the money brought in from permits benefits conservation. But grizzly bear advocates have continued to challenge those arguments, and have raised awareness about how cruel, unethical and unsustainable these hunts really are, especially for a large carnivore who already faces a number of other threats.

They’ve also argued that trophy hunting poses a serious threat to opportunities for bear viewing, which has been shown to be worth far more to the economy than allowing people to kill them for fun.

Several Care2 petitions have been started asking Canada to ban grizzly bear hunts, including one that garnered more than 230,000 signatures.

Thanks to the efforts of dozens of conservation organizations, First Nations and members of the public who supported a total ban, British Columbia’s iconic grizzly bears will no longer be senselessly killed for nothing more than a trophy.

Now that the pressure from trophy hunting is off, efforts will be focused on protecting grizzlies from other threats, including habitat loss, to ensure their survival, in addition to promoting coexistence with them and opportunities to see them and other wildlife in their natural habitat.

For more on how to help support protection for grizzly bears and other native carnivores in British Columbia, check out the Raincoast Conservation Foundation, Pacific Wild and Wildlife Defence League.

We invite you to share your opinion whether the trophy hunting of Grizzly Bears should be banned nationwide? Please vote and leave your comments at the bottom of this page.