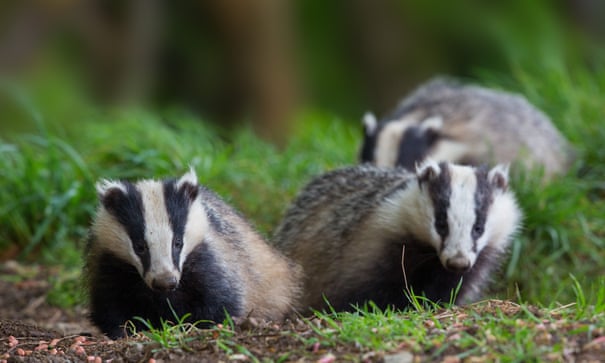 Nearly 20,000 badgers were culled this autumn as part of the government’s attempt to reduce bovine TB in cattle, in what critics called the largest destruction of a protected species in living memory.

The 19,274 dead badgers is almost twice as many as last year after 11 new cull zones were added to a swath of the West Country worst-hit by bovine TB. While some badgers were trapped before being shot, the majority – 11,638 badgers – were killed by free shooting, a method judged inhumane by the British Veterinary Association.

The Department for Environment, Food and Rural Affairs (Defra) hailed the cull as a success and said it would be expanded to more areas next year. Farming minister George Eustice announced the authorities would also increase the regularity of testing cattle for bovine TB from annually to six-monthly in high-risk areas.

But wildlife campaigners said the cull failed to meet its original targets and Defra could only claim it was a success because after a month of culling they drastically reduced the target number of badgers to be slaughtered in 10 of the 11 new zones.

Dominic Dyer, chief executive of the Badger Trust, said: “The badger cull is the worst example of incompetence, negligence and deceit at the heart of the government. To spend over £50m of public money killing tens of thousands of badgers without any reliable evidence this will lower TB rates in cattle is a national disgrace.

“If [environment secretary] Michael Gove truly wants to be remembered for putting animal welfare and wildlife protection at the top of the political agenda, he should announce an immediate halt to badger culling and a wide ranging review of this disastrous, cruel and costly policy”.

The effectiveness of culling badgers on reducing bovine TB in cattle is disputed, but Defra cited a recent academic paper showing there was less cattle TB in cull zones in Somerset and Gloucestershire after two years of culling compared to equivalent areas of countryside.

Farming minister George Eustice said: “Our comprehensive strategy to eradicate bovine TB is delivering results. We are introducing more frequent testing of cattle to find and stamp out disease more quickly than ever before, to add to our tough restrictions on cattle movements to stop disease spreading.

“We are also addressing the disease in wildlife and it is encouraging to see early research shows badger control is having the expected results in driving down levels of TB.”

In the paper published in the journal Ecology and Evolution, the academic authors warned that “it would be unwise to use these findings to develop generalisable inferences about the effectiveness of the policy at present” given only two years of data and uncertainty over precisely what causes fluctuations in cattle TB.

Their data also revealed a possible “perturbation effect” with comparatively more cattle TB in a 2km band outside the Somerset cull zone – potentially caused by the shooting disrupting badger social groups and causing them to roam more widely.

Culling badgers began in two “pilot” areas in 2013 and has since been expanded to 19 further zones in Cornwall, Cheshire, Devon, Dorset, Gloucestershire, Herefordshire, Somerset and Wiltshire.

Shooters in one area of Dorset killed the most badgers – 3,450 – but the original target set at the start of the 2017 cull was for a minimum of 5,175 badgers to be killed.

Jay Tiernan of Stop of the Cull said: “It’s disturbing to see culling being rolled out further, even though every year they fail to reach the targets they set themselves.”

Tiernan also questioned Defra’s claim that there were no “significant” incidents of risks to public safety, citing three allegations of shots being fired dangerously close to anti-cull protesters, including one incident where shots were fired near a lawyer and his 13-year-old daughter in Devon.

Anne Brummer, chief executive of Brian May’s Save Me Trust, said she was “appalled” by the culling, and said her charity’s support for innovative new testing methods on one Devon farm showed that bovine TB could be removed from a chronically-infected cattle herd without killing badgers.

She said the research referred to by Defra showing apparent declines in bovine TB in two cull zones was “no more than poor guesswork”.

She added: “Defra needs to stop producing data that is not worth the paper it is written on and actually publish the facts. The cull has failed farmers, cattle and badgers. It’s ill-conceived, full of bad practice and we need too move on together to tackle the real enemy – bovine TB.”

Cattle TB continues to rise in England, with the premature slaughter of 29,000 cattle in 2016 costing taxpayers more than £100m a year, mostly in compensation to farmers. The government’s 25-year strategy to eradicate bovine TB also includes grants to encourage landowners and wildlife groups to vaccinate badgers to create a buffer zone between the highest and lowest-risk disease areas in England.

This article was first published by The Guardian on 21 Dec 2017.

We invite you to share your opinion whether the UK should finally abandon its controversial badger cull? Please vote and leave your comments at the bottom of this page.