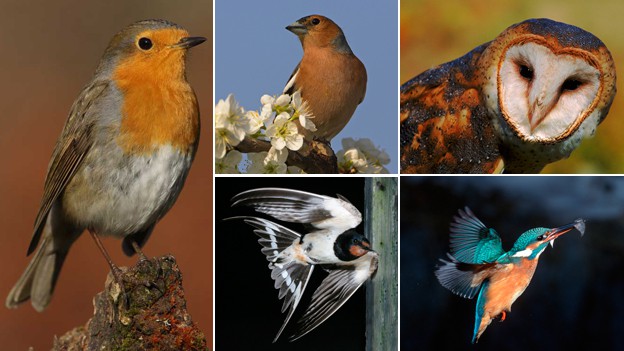 Birds with red, orange or chestnut feathers are more likely to suffer from eye damage, researchers have found. Scientists discovered the link after analysing the lenses in the eyes of 81 different species of bird. Birds known for their bright flashes of colour, such as robins, were found to be more prone to cataracts.

Dr Ismael Galvan from Paris-Sud University, who led the study, said the results could have implications for other species, including humans. A cataract is when the clear lens of the eye becomes cloudy, limiting the passage of light and affecting vision. “Vision is of paramount importance for birds, and birds with cataracts are likely to have limited ability to hunt, forage or perceive visual [signs] used in communication,” Dr Galvan told BBC Nature.

The study, published in the journal Comparative Biochemistry and Physiology, Part A, is the first to study cataracts in wild animals. Professor Graham Martin, an expert in bird vision from the University of Birmingham, suggested that eye damage in birds may have not been considered previously, because comparing a large sample of birds’ eyes was such a considerable challenge.

“The eyes are one of the first things that deteriorates when a bird dies,” he explained. “I’ve seen cataracts in birds myself, but how prevalent they are and their distribution across different species has not been looked at before.” Hobby help

To ensure they were studying fresh specimens, Dr Galvan and his team worked with taxidermists to investigate the lenses of birds they had collected for preservation. They discovered that a particular pigment linked the species that suffered from cataracts. The pigment, called pheomelanin, is the same one that is responsible for red hair and freckles in humans.

Exposure to ultraviolet (UV) radiation is cited as one of the causes of cataracts, and because birds fly in open skies, they are exposed to high levels of UV. Although some species have previously been found to have antioxidants that prevent UV damage, birds with reddish colourings have less of this protection.

“The production of pheomelanin consumes part of an antioxidant that plays a key role in the protection of lenses from cataracts,” Dr Galvan explained. The team hopes the results will stimulate further investigation into the links between pigments, antioxidants and lens damage.

“Our study may have implications for understanding [the] patterns of cataract prevalence in humans and other species,” said Dr Galvan. Prof Martin believes the results could also encourage bird ringers to add eye quality to the list of data they collect on birds.

This article was written and published by BBC Nature News