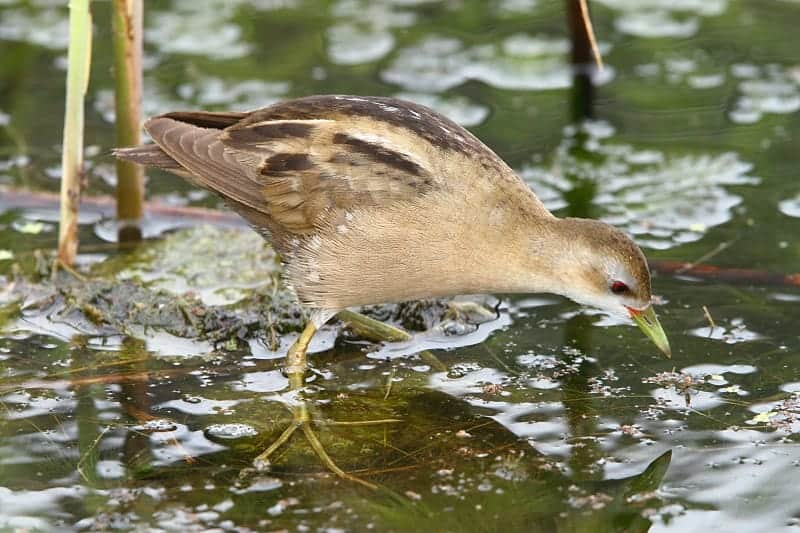 The news took South African birders by storm! On Thursday 22 March, Trevor Hardaker, a prominent South African birder and rarity tracker, announced that a Little Crake had been found the previous day by Gillian Barnes in Clovelly Wetland near Fishhoek, a southern suburb of Cape Town. This is not far from Cape Point, Africa’s most south-westerly projection. At time of posting, this female bird was still showing extremely well at the site, spending her time actively feeding, often right out in the open, and even approaching her admiring fans to within a few yards. Hundreds of birders have flown from across South Africa to marvel at this little beauty and she is providing hours of entertainment for birders and non-birders alike (the non-birders seem to also find the birders rather amusing, not sure why…?!). Clovelly residents are using this opportunity to highlight some of the conservation issues in the area including a recent sewage spill in this wetland and they are to be lauded for their efforts as well as their hospitality to these innumerable visitors!

So what makes this sighting so special? Little Crakes breed in reed beds from Central Europe westwards to Kazakhstan and western China, migrating southwards to India, the Middle East and North Africa. In Africa, Little Crake is not often reported, but is most frequently encountered in countries north of the Sahara, with Ethiopia producing the bulk of subSaharan records. As with many other rallids (crakes, rails etc), Little Crake is usually very secretive, darting off into deep reed beds at the first sign of disturbance, so it is definitely an under-recorded species. Vagrant records come from The Gambia, Senegal, Uganda Kenya and Tanzania, with only one previous record south of the Equator, at Ndola, Northern Zambia in 1980. So this bird is thousands of miles south of its most southerly known location and even further from its normal range. “Reversed migration” is the most likely reason for its welcomed arrival at Clovelly. This is a genetic abnormality whereby a bird migrates in the opposite direction of where it should be going, in this case south instead of north, due to an impairment of the individual’s “reading” of the Earth’s magnetic fields, (which is what most long-distance migrants use for navigation). 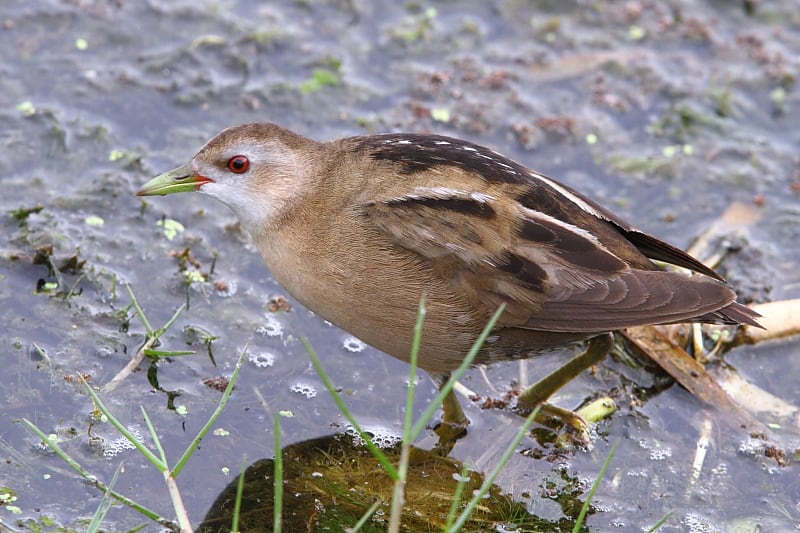 Many people are asking what will happen to this bird. Of course we will never know for sure unless a satellite tracking device is fitting (an unlikely scenario). My guess is that the bird will stay for a while as it seems to be finding adequate sustenance and is relaxed, but once the Cape winter storms strike it will probably move off, and in all likelihood it will continue southwards and get lost out at sea. However, it may more happily remain at Clovelly for years to come, as other vagrants have done (such as the Little Blue Heron, a transatlantic vagrant on the west coast of South Africa), or it may recalibrate and migrate northwards to find a mate and breed! 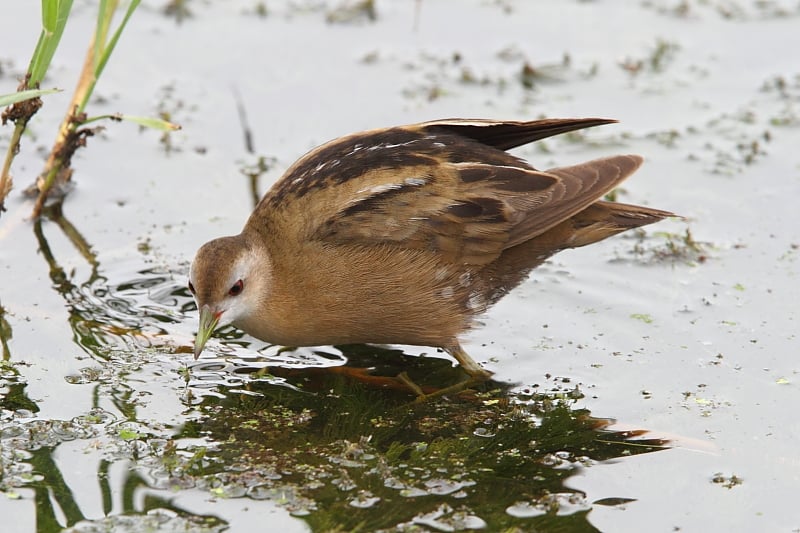 Regardless, at present this Little Crake is providing a superb opportunity for non-birders to interact with birders, see the pleasure they gain from watching a bird, share their excitement, look through their binoculars and scopes and admire the images taken by photographers when they pass their cameras around after a particularly good shot! 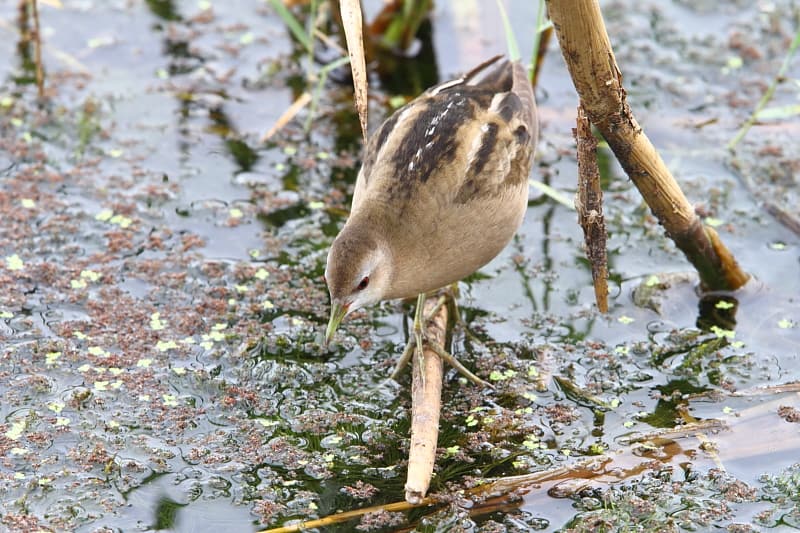 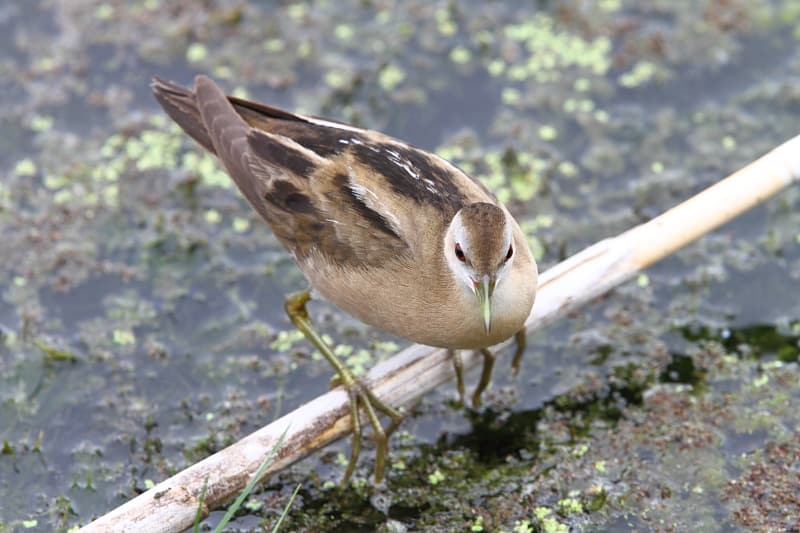 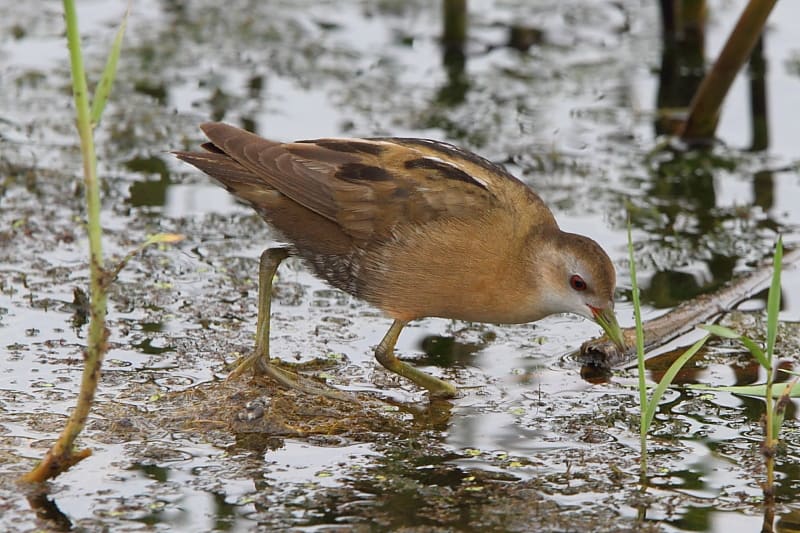 All images of Little Crake by Adam Riley

Hi Frans – well done on another superb subSaharan Little Crake record from The Gambia and thanks for pointing this out!

February 25, 2012, was one of my most lucky birdwatching days, as I saw and could photograph a Little Crake south of the Sahara, where records of this species are scarce. Place: Darsilami, Wester Division, The Gambia (www.pbase.com/image/142401166 & http://www.flickr.com/photos/snarfel/6843187508). Therefore, great was my surprise to read your report of a female Little Crake in Fishhoek, a place I visited often in the 1980’s on my usual birdwatching trip to Kommetjie. Thanks for this very exceptional record and your beautiful pictures.

Thanks for the encouraging comments Marichal and Dave!

Thank you Ken! David Hoddinott and I flew down to Cape Town especially to see this bird, and it was well worth the effort, she is a beauty!

Adam, superb images of your unusual visitor to Fishhoek. But Pietermaritzburg is more than 1,000 km from the Cape. Did you fly down there specially or just happen to be in the area? It makes a great story. Congratulations on this exceptionally well-illustrated article.