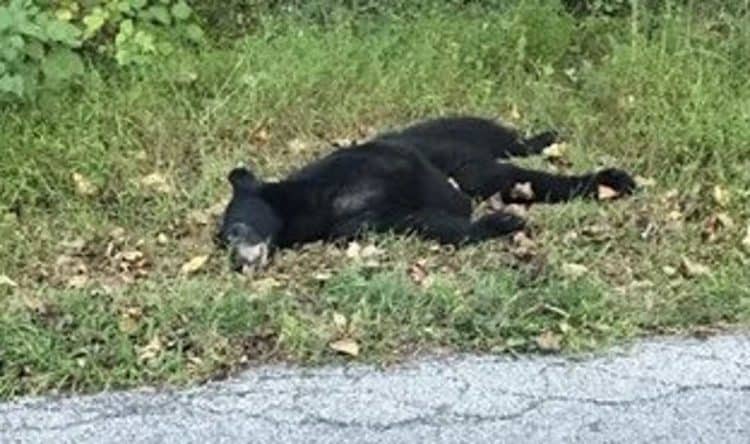 A Springettsbury Township man has pleaded guilty to shooting a black bear that authorities said suffered for six days before being euthanized by a police officer who found it lying alongside a road.

“Presumably, no one but the defendant knew it had been shot until (the officer found it),” Travis Lau, communications director for the Pennsylvania Game Commission, told The York Dispatch.

Milton Donald Miller, who authorities said goes by M. Donald Miller, was cited Sept. 30 with the first-degree summary offense of unlawful taking or possession of game or wildlife, according to court records.

He pleaded guilty to the offense on Oct. 8 and was fined $1,500 by District Judge Barry Bloss Jr., court records state. The offense comes with a fine of between $1,000 and $1,500, according to Miller’s citation, filed by game commission warden Justin Ritter.

The bear was found by a Springettsbury Township officer who was on patrol, according to township Sgt. Brian Wilbur.

“He was barely alive,” Wilbur has said. “He was technically breathing but near death. He was obviously suffering.” The patrol officer shot the bear to put it out of its misery, according to the sergeant, who said it’s not uncommon for officers to euthanize deer and smaller wildlife that are struck on the road and badly wounded.

That was the morning of Sept. 20, according to police, who found the bear in the 1900 block of Williams Road, in the grass off the roadway. But the bear was actually shot six days earlier— about 10 p.m. Sept. 14, according to Lau.

Bear attacks in Pennsylvania are rare, according to the game commission. For more information about living with black bears, visit the state game commission’s page at https://www.pgc.pa.gov/Wildlife/WildlifeSpecies/BlackBear and click on the reference link.

Miller, of the 1900 block of Williams Road,confessed he shot the bear because it was at his bird feeder, according to Lau.

Reached by phone for comment on Oct. 4, Miller told The York Dispatch, “It’s none of your business, and I have nothing to tell you.”

Wilbur said the adult bear was on the small side and that the officer initially assumed it had been struck by a car.

This article was first published by The York Dispatch on 7 November 2019.