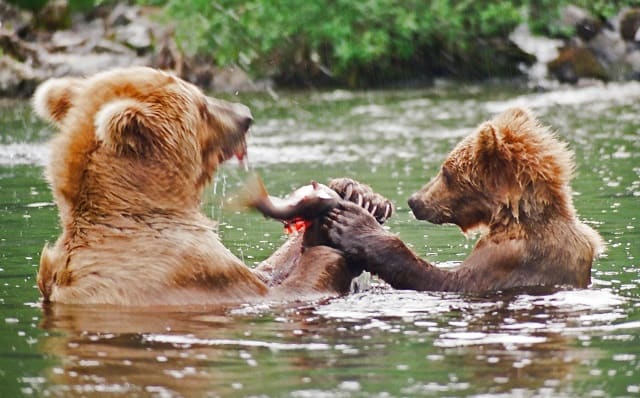 In a huge victory for wildlife, Anglo American, one of the two companies seeking to build Alaska’s controversial Pebble mine, is dropping the project in the face of growing public concern over the mine’s impacts upon wildlife and Native communities in the Bristol Bay region.

The Pebble mine would be the largest open pit mine in North America and it would threaten the greatest wild salmon fishery on earth.

There is no doubt that salmon are the economic, cultural, and ecological linchpin of the Bristol Bay region, supporting a$1.5 billionannual commercial fishery that employ 14,000 workers. Additionally, recreation and tourism spending in Bristol Bay brings $90 million annually to the state in the form of taxes and licenses.Native communities in the Bristol Bay region have relied on the healthy salmon fishery for subsistence fishing for thousands of years. The salmon defines their culture as well as their spirituality.

Ecologically, salmon are the keystone species of the region–providing food to a vast array of wildlife, including bears, eagles, whales and microorganisms.

According to a recent draft Environmental Protection Agency report, the Pebble mine would destroy almost 100 miles of salmon streams and thousands of acres of wetlands even if there were no catastrophic accidents. In addition, failures of a pipeline carrying the copper concentrate or a tailings dam holding the mine waste could poison salmon with acid producing compounds or copper.

The Fight Isn’t Over Yet

National Wildlife Federation, our partners, and our supporters are now one step closer to stopping this tremendously ill-advised mine. With your help NWF has submitted over 50,000 comments urging EPA to protect wildlife from the mines. It’s not too late to tell them you oppose the project.

But there’sstill more work to be done. The other partner, Northern Dynasty, is still vowing to push forward with their plans. We need your help.