Climate change, depletion of natural resources, destruction of whole ecosystems… We are facing massive environmental crises. The only solution is to transform the way we live. To shape a sense of environmental consciousness, educators have already developed a variety of programs. They spread conservation messages among people and create awareness for them to act. Here […] 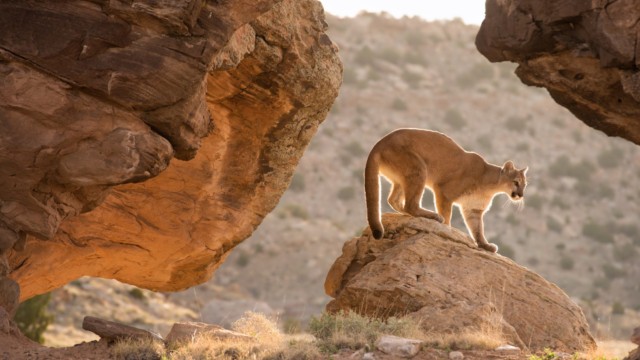 The mountain lions are under threat of extinction from inbreeding because the freeway restricts their ability to roam and broaden their gene pool. The survival of California’s mountain lions is a step closer following renewed fundraising efforts to build one of the world’s biggest wildlife bridges in the state. Spanning the 101 Freeway, it will […]

Tampa Bay is facing a potential environmental catastrophe that could jeopardize decades of efforts to improve water quality and wildlife habitat for manatees, dolphins, fish, and sea turtles. An ongoing leak at the former Piney Point phosphate plant site has already released more than a hundred million gallons of industrial wastewater directly into the bay. […]

DENVER (March 30, 2021) – “This new science should ring alarm bells whether or not you have heard of sagebrush or the sage-grouse,” said Brian Rutledge, director of the National Audubon Society’s Sagebrush Ecosystem Initiative. “These birds are found across 11 Western states and are a reliable indicator of how other wildlife and the greater […]

GREAT FALLS, Mont. – On Friday, the U.S. District Court in Montana struck down the basis for the Trump administration’s massive oil and gas leasing plans on more than a million acres of public lands in key habitat for sage-grouse, an iconic bird species of the Western United States. The Trump administration attempted to gut […]

DENVER – The American public, along with conservation and sporting organizations, submitted yet another round of comments today on six Draft Environmental Impact Statements (DEIS) prepared by the Bureau of Land Management (BLM) in an effort to overturn bipartisan science-based plans approved in 2015 to protect habitat of the imperiled Greater Sage-Grouse. As the primary […]

March 2020 marked a somber anniversary. Three years ago, the Trump administration announced its so-called “energy dominance” doctrine, which, as the name implies has put energy development as the priority for our public lands. Since then, the administration has tried to lease a whopping 24.5 million acres of public land—land that is meant to be […]

In March, when the Trump administration released a new set of land-use plans that rolled back a collection of 2015 restrictions on oil and gas drilling across 9 million acres of the Greater Sage-Grouse’s most important habitat, environmental groups immediately sued to get the plans thrown out. They also asked for a court order to […]