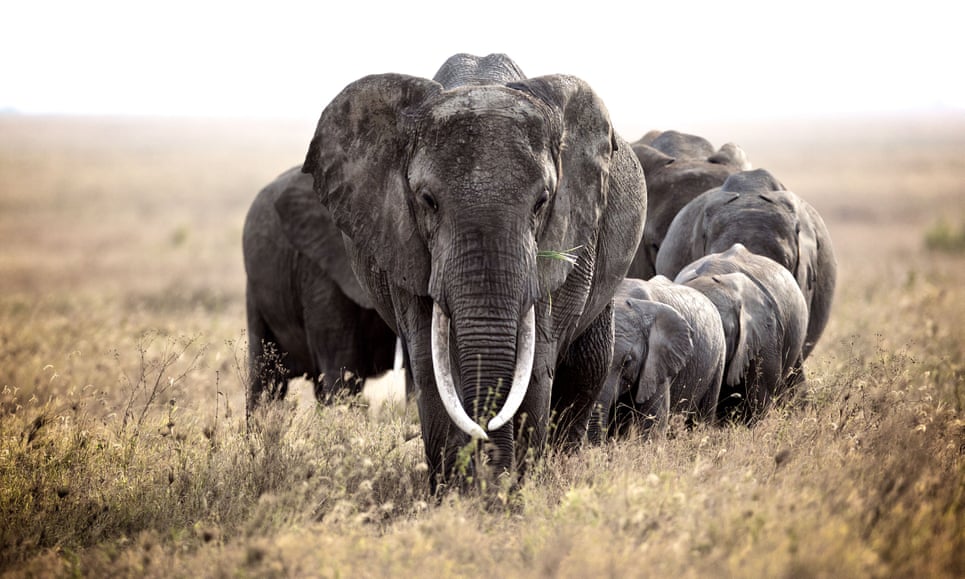 For tour guides in Tanzania, the results of a continental elephant census showing that the country had lost two-thirds of its herd in five years and become Africa’s ivory trading hub came as no surprise.

They’d tried to prevent tourists from seeing the melting skins and drying bones littering the Selous ecosystem in southern Tanzania for years. But they couldn’t mask the shots heard from safari camps in a reserve once known as “the elephant capital of the world”. Last year it was named in the journal Science as Africa’s poaching hotspot, and a Unesco world heritage in danger site.

“When you hear the gunshots next to the camp, you know that they’re [elephants] being finished,” said one safari guide in Tanzania’s commercial capital, Dar es Salaam, who spoke on condition of anonymity.

As people cried foul over Cecil, a 13-year-old lion shot to fame by a holidaying Minnesotan dentist in Zimbabwe, the slaughter of five elephants by Tanzanian poachers in Kenya’s Tsavo park passed almost silently.

In Tanzania, it is not hunters who can freely take home trophy elephants, but illegal poachers, who have decimated herds in the Selous. Leaving behind mainly baby elephants waiting for tusks, they’ve followed disappointed safari-goers to Ruaha, Tanzania’s second greatest pachyderm-heavy area.

“At every camp in Ruaha we’ve either heard shots, seen poachers or elephant carcasses,” with the latter even spotted at the park gates that ivory flows out of on the back of motorbikes, in ambulances and on public buses, said the guide.

Sirili Akko, executive secretary of Tanzania’s Association of Tour Operators said: “We have to create international pressure on the countries which are defined to be the market for the ivory and other wildlife products, as now, the lions are going the same way.”

Like Tanzania’s huge trade in heroin, that floods its shores in small boats, ivory is a “syndicated business”, Akko says, made up of “untouchables” that can’t be named.

Tanzania’s home affairs minister says that exports are falling as police crack down on the trade, but admits that rampant corruption means many “close their eyes when they should keep them open”.

Last month, the European Union banned the import of hunting trophies from Tanzania as stock and quotas could not be verified, while president Barack Obama practically banned ivory sales in the US.

But in Tanzania, where tourism is the biggest foreign exchange earner, bringing in around $2bn (£1.3bn) a year, officials have tried to stymie negative reports about plummeting elephant populations. Past claims that there aren’t enough bodies for the mass murders calculated by experts, have resurfaced to try to bury an issue.

“These counts have been done scrupulously,” says conservationist Iain Douglas Hamilton , who did the first aerial count in 1976.

His methods are still being used today. But while he was counting Tanzania’s “boundless elephants”, today’s pilots are navigating “a bloodbath for elephants”.

That same year, Ruaha’s elephant numbers reportedly tumbled by 60% from 20,000 to 8,200. The government has demanded a recount.

British safari guide Paul Ticker, who lives at the gateway to Rungwa-Ruaha’s parks says that its elephants are “clamouring together” in the area that tourists visit – roughly 2% of the reserves.

“They’re all there and they’re hugely stressed”, he says.

Forced into dysfunctional families and early adulthood because of the lack of older male tuskers, Ticker says that young bulls in Ruaha are hitting “ musth ” early and trying to mate. Others are showing distress through “temporal streaming” – weeping from a gland at the side of their heads – or by destroying habitats.

In 2012, intelligence sources gave Tanzania’s president, Jakaya Kikwete, a list of high-profile business people and politicians involved in the poaching. But it has quietly vanished.

In 2013, Khamis Kagasheki, minister for natural resources and tourism, named four ruling-party MPs linked to poaching and spoke of “rich people and politicians who have formed a very sophisticated network”.

He was fired after a military campaign to stop poaching – which Kikwete announced at a London summit of more than 40 countries held last year in London on wildlife crime – was mired in human rights abuses.

Meanwhile, “the Chinese are really moving in” to Ruaha, says one local conservationist, who thinks that trade in lion teeth and claws is roaring “but hasn’t really hit the radar yet”.

Many fear that poachers will move to Tanzania’s renowned Serengeti next, where inaccessibility has allowed elephant numbers to increase in recent years.

A deal to evict over 40,000 Maasai to make way for a paved highway through paradise and a private hunting ground for UAE royalty was halted.

But as international protest focuses on well-known parks or famous lions, new laws in Tanzania criminalising the publication of embarrassing numbers ahead of October’s elections could further silence the slaughter of Tanzania’s elephants.

This article was first published by The Guardian on 20 Aug 2015.