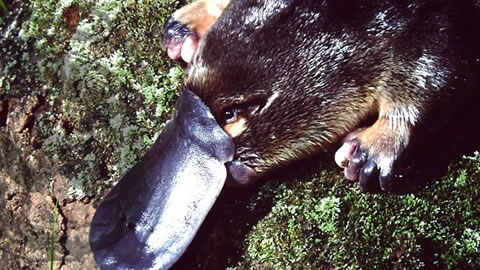 It will be erroneous to presume that platypuses are abundant, in fact there is no current number to date that could confirm a realistic population number, but only the vast large estimates between 10 thousand to 100 thousand platypuses may be in existence.

Counting platypus, or platypuses is a very difficult task, even trying to deploy volunteers to do the task in a single length of a waterway is just an impracticable logistic attempt plus the positive fact that the same animal will be counted several times over by almost everyone.

Platypuses are present in the Eastern Australian coastline waterways from Cooktown in North Queensland to Victoria and the northern part of South Australia a distance over 4,500 km, not including the waterways areas in the whole of Tasmania and Flinders Island.

So if you want to establish how many platypuses exist in you waterway, try this simple and tried way by me:

3 count every single animal that you see in your walk either when it surfaces or dives, make sure you have a positive match and not a sighting from a freshwater turtle, a water rat, a fish splash or water ripples (and don’t stop to watch the animal)

4 when you finish the walked area, save your noted numbers (then go back and start watching the animals if you so desire, and yes they will be there for you)

5 then do a quantity graph for each month and you will see also the highest representation of the animals presence on each single month.

Would you like to know the latest interesting platypus facts like, life inside their burrow, how they choose their nesting burrow, who does what? in a platypus burrow and more.

Then get yourself a DVD copy of the newest documentary in the life of this planets most unique animal.

PLATYPUS in the Tropics DVD – (Main DOCUMENTARY) Exempt From Classification

DVD Media disc is a “Double Sided” disc and has been formatted to play both PAL & NTSC broadcast TV signals, Worldwide and All Regions. TV Aspect ratio is 16:9, Audio Stereo.

This is the first time that a documentary has focused entirely upon the annual lifecycle of the Platypus. The film provides an intimate, close-up perspective of Platypus life never before attained.
The camera follows the Platypus as it swims, dives, feeds, grooms, deals with drought and flood, mates, digs burrows, carries nesting materials, builds a nesting chamber and raises its young.
This Australian produced documentary is the first to encompass the tropical platypus life, a milestone in understanding the “world’s most bizarre creature” in tropical Australia.
Approximate running time 40 minutes

Plus Bonus Documentary LIFE Beneath the Canopy