Migration: Black Kites are the first raptor to migrate and cross The Strait of Gibraltar. The skies will continue to be filled with them slowly moving down towards Tarifa and if the wind is too strong for them to cross to Morocco there will be a huge build up as more and more arrive in the south. 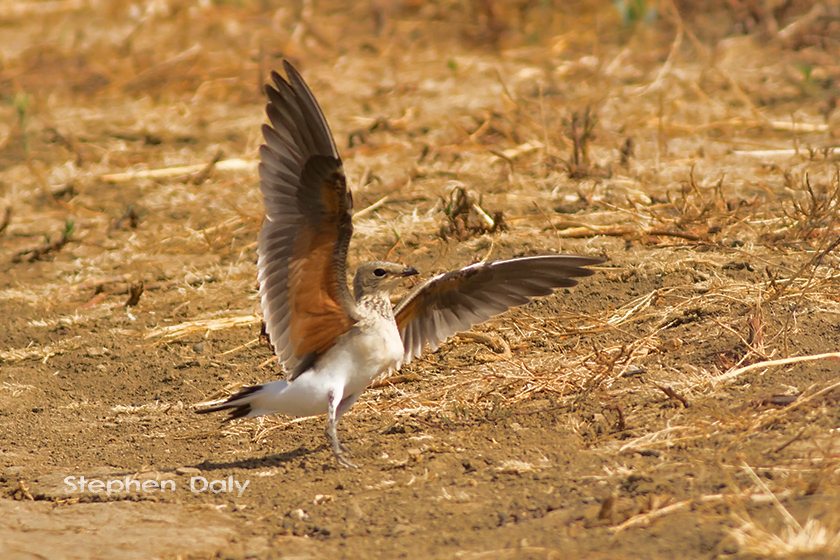 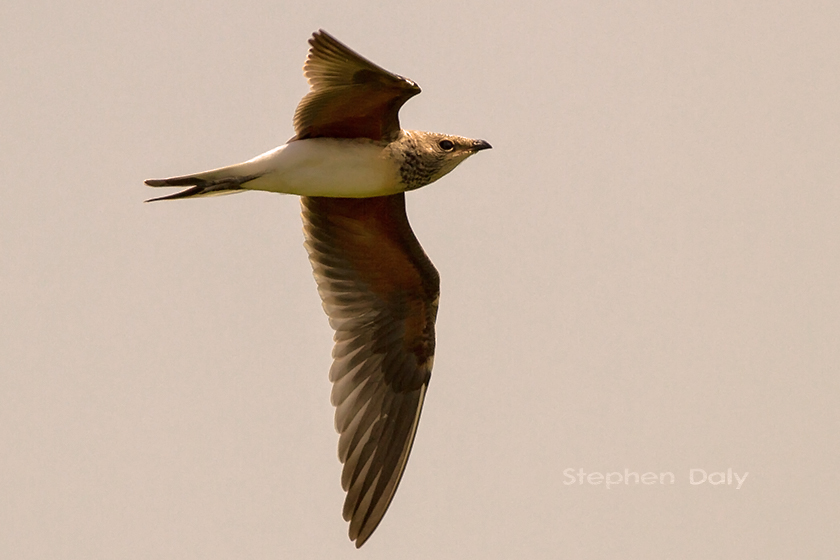 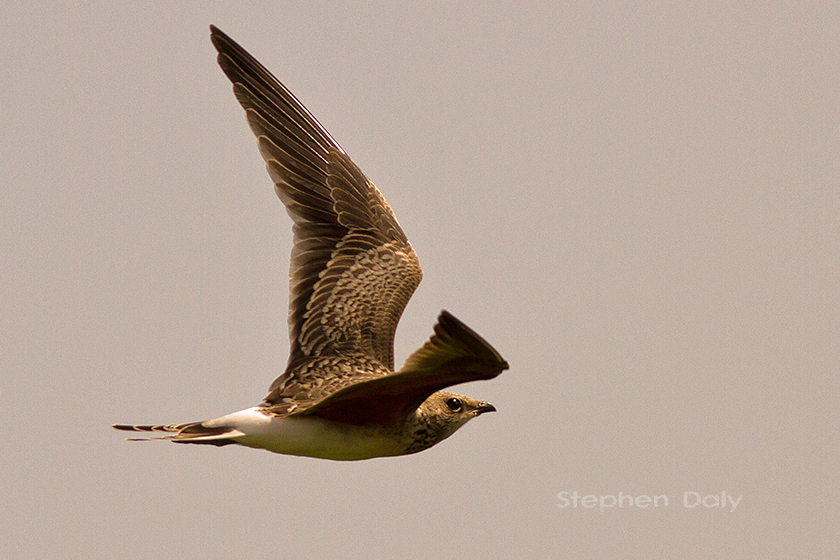 Breeding Birds and Migration: I went down to La Janda early yesterday morning to check out this year’s newly fledged Collared Pratincoles that are still feeding and sticking close together. Most of the adults have moved on and the youngsters have a good food source with hundreds of different flying insects. As they hone up on their flight and hunting skills, weather particularly wind strength and direction will dictate how long they stay around the rice fields before flying through Morocco. More pratincoles will arrive here from other areas and by the end of September most of these very special summer birds will have gone south to Africa. 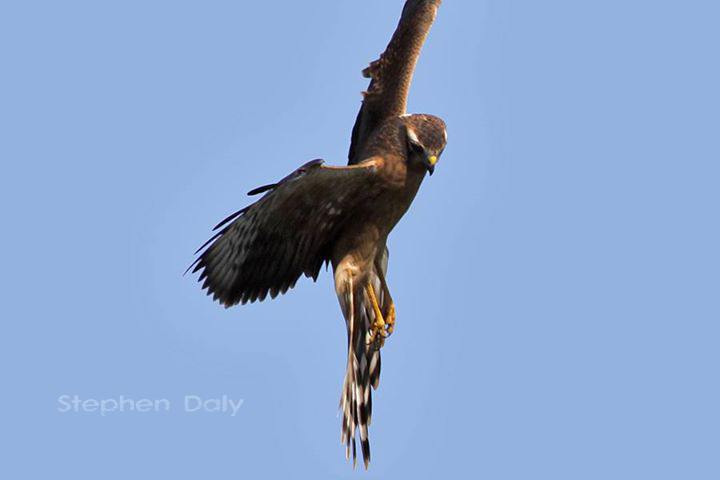 Bird Behaviour:This is an unusual photo flight shot of a first year Montagu’s Harrier turning quickly hunting dragonflies during he month of August. These athletes can turn on a sixpence at incredible speed and pounce on any sustainable living thing to keep them alive. Survival is instinctive and these delicate raptors can sustain themselves on a minimum of seven or eight large grasshoppers or dragonflies per day. If a young unsuspecting smaller bird is caught then this will sustain the raptor for a little bit longer.Watching them learning to hunt and survive on their own is a fascinating and exhilarating experience here in La Janda. 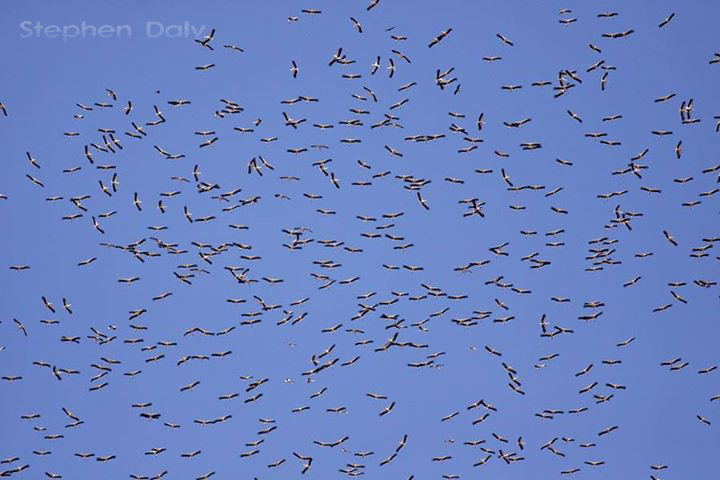 Learning to Fly: This is the best time to see newly fledged and older White Storks thermalling and learning about soaring and gliding. I have many photos of this fantastic spectacle over the last 12 years.I had a day off day the other day and as we are right on the edge of the Barbate Marismas they seem always to be over our swimming pool. These huge summer thermals, giant bubbles of hot air, build up as the sun rises higher in the sky and soaring birds like White Storks get higher and higher. 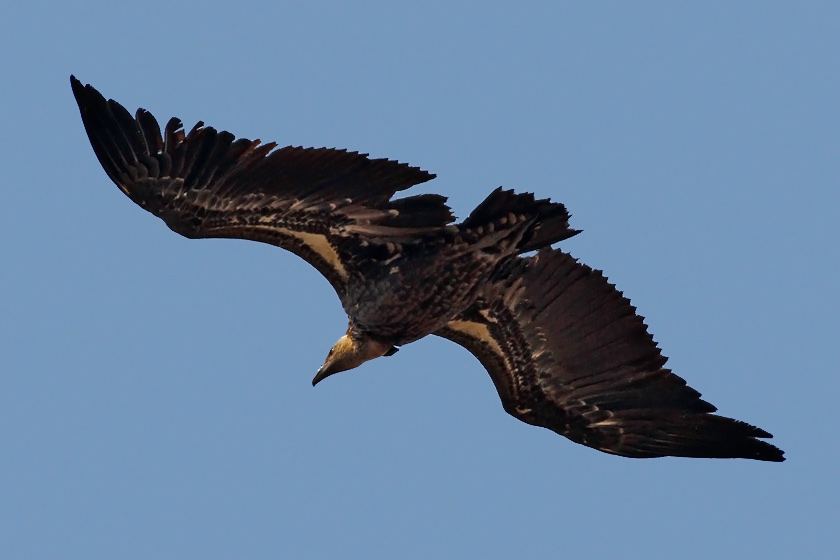 Rare Birds: It’s that time again when we can expect to see Rüppell’s Vultures (below) heading north to Cadiz province to look for food with thousands of other scavenging Griffons and if we are really lucky we could spot a White-backed Vulture as well.Keep those birding eyes peeled. 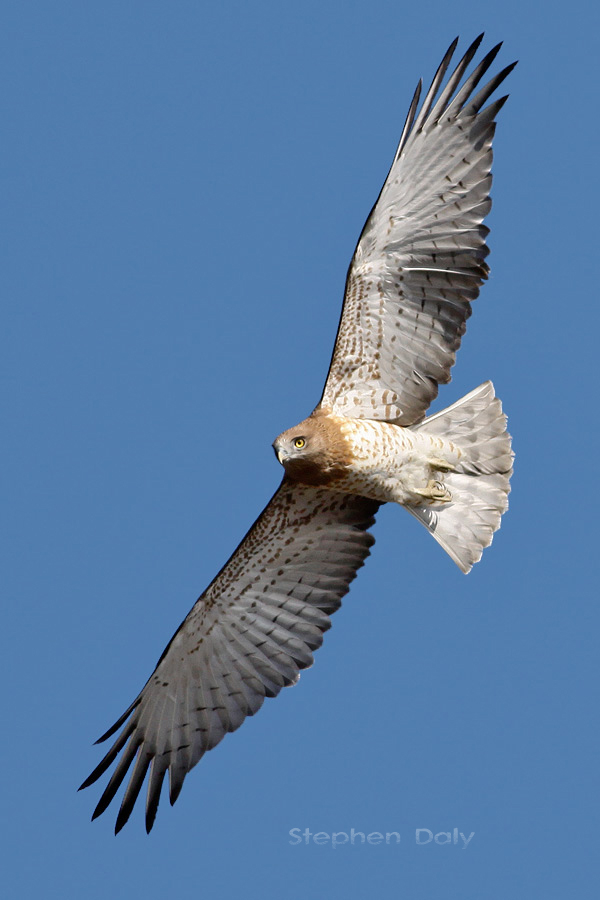 Evolution: Short-toed Eagle out looking for reptiles.One of the evolutionary characteristics of the medium sized bird of prey is that it has specially adapted talons or ‘toes’ that can seize and encompass reptiles without any danger of them wriggling free. 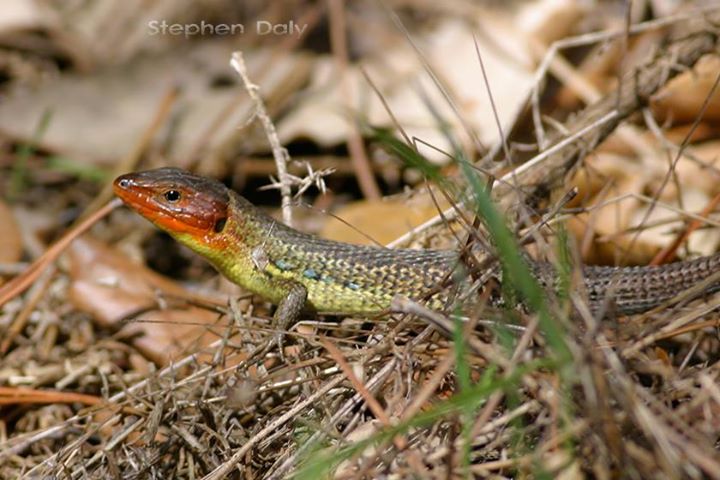 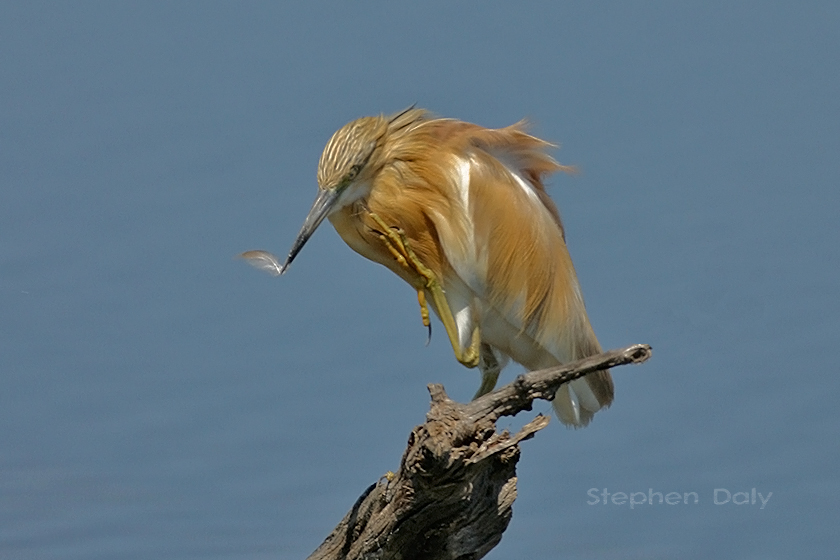 Wetlands: A Squacco Heron preening.Purple Heron, Little Bittern and Glossy Ibis are feeding in the rice fields with thousands of Cattle and Little Egrets. Most of the Cattle Egrets will stay although like the other species mentioned here, some do cross and feed on the many estuaries and wetlands all down the Moroccan Atlantic coastline