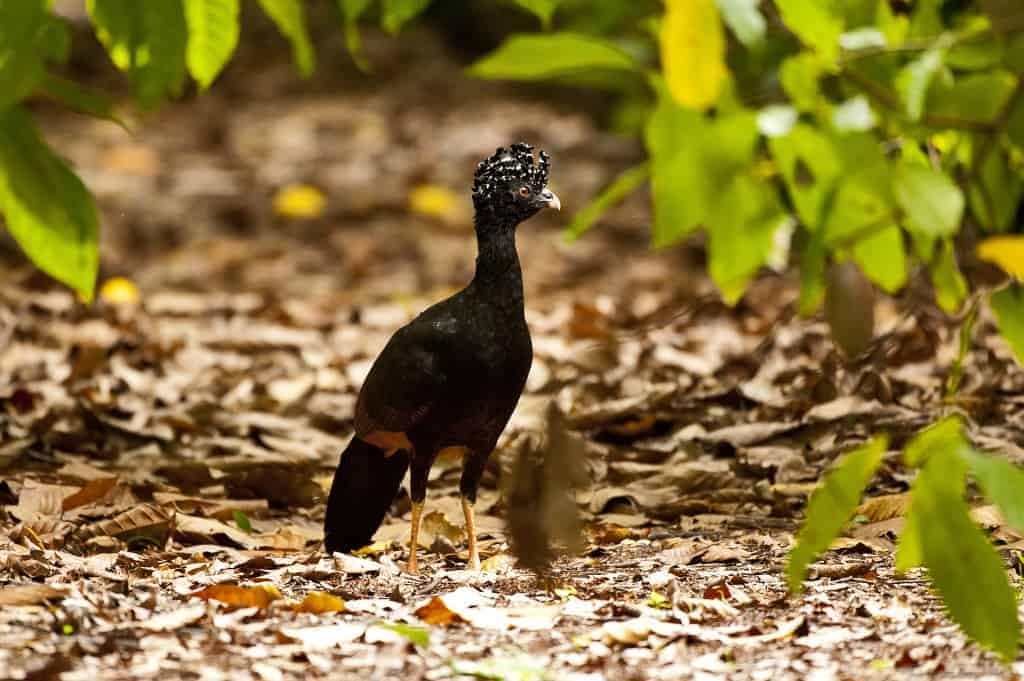 The Red-knobbed Curassow is an endangered species from Brazil. Once inhabiting the Atlantic Forest, it is very hard to find nowadays. Its population is decreasing due to hunting and deforestation. Some of them can still be found in the preservation units of Espirito Santo. Leonardo Merçon found a whole group of Red-knobbed Curassows nearby the Biological Reserve of Sooretama, at the ecological farm Fazenda Cupido e Refúgio.

He was after the bird during one of his expeditions to the reserve. While walking the farm the rustling of leaves under the trees of a cocoa plantation gave them away. A family of six or seven birds. They have found their place living in peace amongst humans. They are welcome guests at the farm.

But to be honest, they are the real native inhabitants of the Atlantic Forest, because they have been there before humans claimed their land. It might not be too late for our endangered species if we set examples and live our lives in harmony with nature.

TheRed-knobbed Curassow in the picture is a female showing her beautiful white-dotted comb.As suggested by its common name, the male has a largely red bill, but this is lacking in the female.

I hope that the fragments of Brazilian mato atlantico can be saved they harbour many species some only found there.