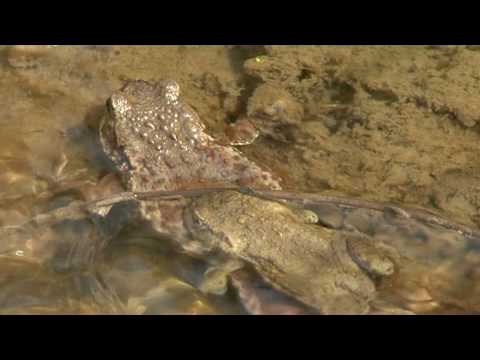 These Common Toads were filmed on April 24th, rather late considering that toads emerge from hibernation around February/March and head straight to ancestral ponds to breed, following the same migration route each year. Males are smaller than females and many stop on the migration route waiting for the females to arrive so they can hitch a ride. Spawn is laid in strings and wrapped around plants.