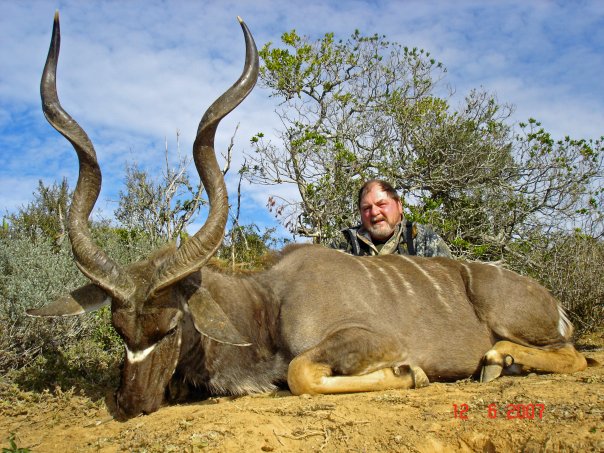 The British businessmen helping to organise bloodthirsty trophy hunts in South Africa have been unmasked in a new book.

Trophy Hunters Exposed, Inside the Big Game Industry describes how the men arrange for clients to shoot animals including elephants, lions, and rhinos.

The book was authored by Eduardo Goncalves, founder of the Campaign To Ban Trophy Hunting, and comes as the government awaits the results of a consultation on whether to ban hunters from importing any animals killed back to Britain.

There is no suggestion that any of the businessmen has done anything illegal, but recent years has seen growing public outcry amid campaigns against hunting as well as viral images showing trophy hunters posing with the bodies of animals.

Among the men named is David Watt, 72, from Doncaster, who works as international client coordinator for Nduna Hunting Safaris.

Through Watt, customers can pay £240 to kill monkeys and up to £2,800 to shoot larger game. They can also arrange to kill Africa’s Big Five – lions, leopards, black rhinos, elephant and Cape buffalo – or to use packs of dogs to hunt wild cats.

Pictures show Watt himself posing with a variety of slaughtered animals. Speaking to the Times, the former oil and gas executive said: “If a client wants to hunt a lion we can arrange it but we adhere to strict ethical rules and would never hunt anything endangered.

“The hunting does a lot of good for animal conservation and provides for the local community.”

The black rhino is currently considered critically endangered. Another Brit named in the book is Alex Goss, from Shropshire, who owns and manages a hunting company named Blackthorn Safari.

Pictures online show him stood with the bodies of recently-killed crocodiles, hippos, buffaloes, and lions.

Mr Goss did not provide a comment to the Times, but his website states: “Habitat, research and wildlife law-enforcement work, all paid for by hunters, help countless non-hunted species.”

These are just some of the animals trophy hunters can arrange to kill and examples of the prices they pay.

Also featured is Paul Roberts, 78, who runs J Roberts and Sons Gunmakers in West Sussex and claims to have shot the last rhino ever imported legally into the UK.

He told the Times he doesn’t hunt anymore but added that any future ban on trophy hunting “won’t do any good whatsoever and will do a lot of harm”.

Another of the men identified in the book is thought by animal rights activists to be the only British-born person to have killed each of the Dangerous Seven animals – the Big Five plus crocodiles and hippos.

Campaigners refute claims by hunters that the money generated by the practice helps to protect endangered animals.

“Trophy hunters are not experts in animal conservation. They enjoy shooting the animals for the thrill of it,” Goncalves said.

“An animal that’s been bred in captivity and hunted in an enclosure, they are tame, not wild.

“If the hunting reserves were turned over to nature tourism it would be a lot better for conservation.”

This article was first published by The Sun on 25 May 2020. Lead Image Source: David Watt, 72, from Doncaster, who works as international client coordinator for Nduna Hunting Safaris