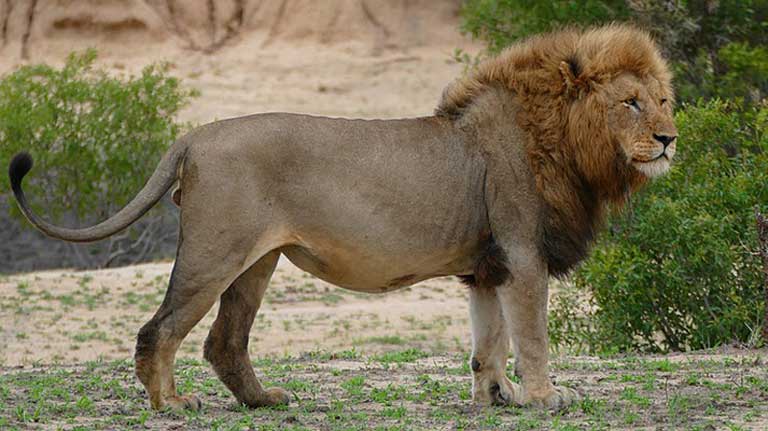 Just weeks after the Trump administration announced a new policy allowing the importation of dead African elephant and lion parts by U.S. trophy hunters, a group of environmental and wildlife conservation NGOs has filed a lawsuit alleging the move goes against recent court rulings.

Around the same time, Born Free USA filed a second lawsuit against the Interior Department, demanding further information regarding the members of the Trump administration’s newly-formed — and already controversial —International Wildlife Conservation Council (IWCC). Analysts say the group is stacked with pro-trophy hunting members and those with ties to the gun industry.

Earlier this month, the U.S. Fish and Wildlife Service (USFWS) announced it would stop making trophy hunting decisions on a country-by-country basis as had been done at times in the past, but instead look at each application individually.

A case-by-case “may sound proper on its face,” Prashant K. Khetan, the CEO and general counsel for Born Free USA, said. “But, in reality, this process will allow for permits to be issued for the importing of trophies while ignoring salient facts, and there will be little ability for groups like ours to challenge those permits.”

Born Free USA is of one of the litigants, along with the Humane Society of the United States (HSUS), the Center for Biological Diversity, and Ian Michler, a safari guide and photographer. Their lawsuit contends that the new decision to look at trophy hunting on case-by-case basis should be thrown out because it goes against a recent federal appeals court ruling requiring a public comment period on new rules. No such comment period was conducted before implementation of Trump’s case-by-case trophy hunting plan.

The latest tactic by the USFWS “is to try to avoid public and judicial scrutiny by pushing these controversial decisions behind closed doors,” said HSUS attorney Anna Frostic. “Our lawsuit demands that the agency stop catering to the trophy hunting industry and make transparent and well-supported decisions, as required by federal law.”

The lawsuit also takes aim at the USFWS finding that “Zimbabwe has the capacity to sustainably manage elephant or lion hunting,” Frostic said. Long considered one of the world’s most corrupt countries, Zimbabwe underwent a bloodless but destabilizing coup last November —the same month that the USFWS reopened the importation by U.S. citizens of elephant trophies from that country.

A spokesperson for the Department of Justice would only comment by saying they are “reviewing the amended complaint.”

The IWCC: advisory or advocacy council?

Born Free USA has launched an additional lawsuit against the federal government, precipitated, the group says, when their request for more information about the IWCC under the Freedom of Information Act was ignored.

The USFWS “has stonewalled us for months, ignoring both the statutory deadline as well as one that it set by itself,” Khetan, CEO of Born Free USA, said. “They also gave us all kinds of contact information, which is either defunct or they ignore. So we were forced to sue.“

The IWCC, according to Born Free USA and other critics, is packed with trophy hunters, people with ties to the National Rifle Association (NRA) and gun industry, and non-experts. Research by the Associated Press has uncovered evidence that all 16 members already believe that conservation of Africa’s mammals requires legal trophy hunting.

“The council is a who’s who of pro-hunting individuals,” Khetan said. “You have to question why a council like this, if it was intended to be impartial and fairly assess whether there are conservation benefits to trophy hunting, would include the President of [Safari Club International] and, perhaps more shockingly, someone from the NRA… If you actually look at the individual members, it is disturbing to know that taxpayer funds are going to pay for these folks to travel to a meeting where they get to discuss how great hunting and killing animals is.“

In many ways, however, the IWCC is exactly as advertised.

When announced last November, the council’s role was billed as advising the government “on the benefits that international recreational hunting has on foreign wildlife and habitat conservation, anti-poaching and illegal wildlife trafficking programs, and other ways in which international hunting benefits human populations in these areas.” In other words: it was meant to convince the government that trophy hunting aids conservation –apparently ignoring contrary evidence or any nuance to that view.

However, 20 environmental and wildlife groups wrote in a letter that the IWCC membership may in fact be flouting the law. The groups say the IWCC goes against the Federal Advisory Committee Act, which requires such councils represent multiple points of view and not be overly influenced by so-called special interests.

The IWCC holds its first meeting

Masha Kalinina, an International Trade Policy Specialist with HSUS, attended the first meeting of the IWCC on March 16. She said she was struck by the fact that a council meant to advise the government on conservation seemed to know very little about the serious poaching crisis happening right now in Africa.

“The members asked very basic questions that showed little depth of knowledge, either asking the USFWS presenters to repeat information on their slides or seeking clarity on the exact numbers presented,“ Kalinina said. “One member, Steven Chancellor, himself said that ‘We need to continue to be educated on these issues.’ For a Council that is supposed to advise the Administration on ways to support conservation efforts, it should have been the other way around.”

Kalinina also said that IWCC members repeatedly referred to African nations as “third world countries,” which she called “an outdated and possibly offensive term to these nations.”

She noted, “there is an air of arrogance in this.”

Little substantive happened in the first meeting, according to Kalinina, except for the formation of subcommittees, including one focused on conservation.

“We are deeply troubled by the fact that the 2018 ‘Huntress of the Year’ Denise Welker has been appointed to Chair the Conservation Subcommittee,” said Kalinina. “Her only qualification appears to be the ability to travel the world and pull the trigger on some of the [planet’s] most endangered wildlife.”

The AP reports that Welker is a seasoned trophy hunter, having shot an elephant, leopard, eland, and a musk ox in various countries.

The Department of the Interior failed to respond to a Mongabay request for more information about the IWCC.

The lawsuits and IWCC’s first meeting all come on the heels of the government’s back-and-forth, on-again-off-again, policymaking regarding trophy hunting begun at the end of 2017. Just days after the Interior Department announced in November its plan to open up elephant trophy hunting in Zimbabwe and Zambia, President Trump halted the policy’s implementation, calling trophy hunting a “horror show.”

Trump then doubled down on his tweet in an interview with Piers Morgan.

“I turned that order around. You know, that was an order. I totally turned it around,” the president boasted. “Were you shocked that I did it?”

President Trump added, “I didn’t want elephants killed and stuffed and have the tusks brought back into this [country].”

Four months went by before a new USFWS policy was put in place, i.e. the consideration of applications on a case-by-case basis.

“Federal wildlife officials seem to be thumbing their nose at President Trump after he called for an end to the horror show of trophy hunting,” Tanya Sanerib, international program legal director at the Center for Biological Diversity, said.

FEEDBACK: Use this form to send a message to the author of this post. If you want to post a public comment, you can do that at the bottom of the page.

This article by Jeremy Hance was first published by Mongabay.com on 26 Mar 2018.