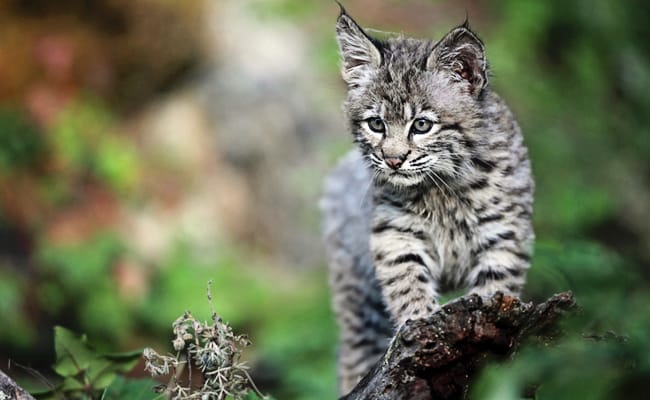 Thanks to overwhelming public outcry, wildlife officials in Indiana have withdrawn a proposal that would have opened the state’s first hunting and trapping season for bobcats in nearly 50 years

Bobcats were already nearly hunted to extinction by the mid 1900s, and were finally listed as endangered species in the state by the late 1960s. Hunting them has been banned ever since, and that protection has helped them rebound.

Earlier this year, the Indiana Department of Natural Resources (DNR) proposed opening a hunting and trapping season for bobcats, which would have been the first in decades.

After the proposal was released, hundreds of people attended public meetings, and submitted comments, while more than 81,000 people signed a Care2 petition asking the DNR not to open season on bobcats.

Conservationists feared it would undo the progress that has been made to help them make a comeback, and argued it would be nothing more than commercial exploitation for their fur that would benefit small interest groups. Serious concerns were also raised about the lack of science to back up this proposal, and how hunting and trapping would hurt a small population of bobcats that’s still fairly fragile.

Now, everyone who spoke out on their behalf is celebrating a major victory.

Before anyone could even vote on the proposal at a Natural Resources Commission meeting, the DNR’s director Cameron Clark announced that the proposal was being withdrawn.

“As we all know, that is a rather sensitive topic to a number of people and we have heard from you and appreciate the interest and always appreciate people getting involved in the process,” said Clark. “We feel we need to work more with our constituencies on sensitive issues like this.”

The existing rule that protects bobcats from being hunted will remain in place, but they weren’t the only ones saved here.

The agency also withdrew a proposal that would have required wildlife control offers to kill all coyotes, opossums and raccoons they caught, which will allow them to continue with catch-and-release programs.

“Clearly the thousands of comments that came in made quite a difference in this case,” said Erin Huang, Indiana state director of the U.S. Humane Society. “They know that we’re all paying attention and that we’re listening and that we care about these wildlife issues and there are thousands of non-consumptive users that want to see our wildlife protected.”

Hopefully this victory for bobcats will be followed by many others that protect native carnivores from being exploited for amusement, trophies and personal gain.

This should not even be a question if the USA is truly civilised!!

Not for this topic – mistake

Hope they are prepared to ENFORCE this law.

Thank God Bobcats are safe from hunting. Many thanks to all concerned for this very wise and honourable decision. God bless you all and the cats.