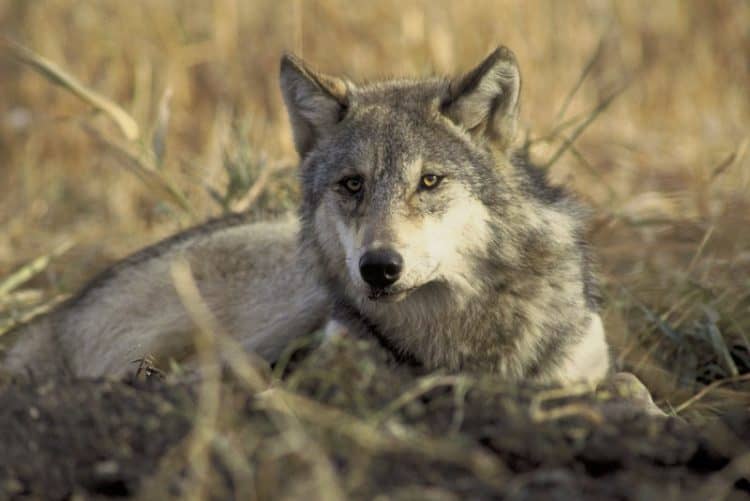 OLYMPIA, Wash.— The Washington Department of Fish and Wildlife issued a new order today authorizing the killing of one member of the Wedge wolf pack in Stevens County — the latest in a long series of kill orders in this area.

This may leave just two surviving wolves, according to the department’s annual wolf report released in April.

“The Department of Fish and Wildlife wrongly thinks it can shoot its way into coexistence with wolves,” said Amaroq Weiss, West Coast wolf advocate at the Center for Biological Diversity. “The department’s relentless wolf-killing in northeast Washington shows exactly why the state needs new, enforceable rules for handling livestock-wolf issues, especially in areas of chronic conflict.”

In June the Washington Fish and Wildlife Commission denied an administrative petition filed by the Center and allies seeking rules with enforceable requirements for the department and livestock operators to use appropriate nonlethal measures before killing wolves. The petitioners today appealed the denial to Washington Gov. Jay Inslee.

Since 2012 the state has killed 31 wolves. Nearly all were killed for conflicts on public lands, and 84% were killed for the same livestock owner, who has failed to adequately protect his livestock.

The original Wedge pack was destroyed by the state in 2012 on behalf of this livestock owner. Since the area is prime wolf habitat, it was immediately reoccupied by wolves. Most of the predations on which this new kill order is based were on cattle belonging to this same livestock owner.

The department has known of the Wedge pack’s existence for years yet had not been working with affected livestock operators in the area to institute proactive measures to deter conflict. This contradicts the Wolf-Livestock Interaction Protocol, which the department uses to guide decisions on whether to kill wolves for predations. The protocol includes expectations that nonlethal deterrents are in place before kill orders are issued and must have been in place prior to any initial predations.

The predations that preceded today’s kill order involved a total of 12 calves owned by two different livestock operators. In each instance the circumstances described by the department demonstrate that nonlethal deterrence measures had not been in place, or were improperly employed, and that calves have been left mostly unmonitored.

For instance, despite claims of daily human presence or range riders monitoring cattle, injured calves were not discovered until days after the injuries were sustained. In the latest incident some injuries had been festering for a week. On one pasture a range rider was deployed after a first predation had already taken place, but foxlights, which are used to scare wolves away, weren’t installed until after a second predation event had occurred.

In another instance, though several different nonlethal methods were claimed to have been employed, the most effective measure for the 800-acre private pasture where an injured calf was found would have been constant presence of range riders. Yet in the 26 days preceding the injury, the department indicates that range riders were used for only six full days and eight partial days, and it appears no range riders were present when the injury took place.

The Center’s June petition to the commission also sought to make certain high-conflict areas in prime wolf habitat off-limits to killing wolves. The rules would have replaced the guidance in the protocol.

“Year after year, the department has failed to craft strategies to address high-conflict areas that are prime wolf habitat,” said Weiss. “The distressing failure to break this destructive pattern shows why the commission needs to make rules to protect Washington’s wolves and livestock.”

This article was first published by The Center for Biological diversity on 23 July 2020. Gray wolf. Photo courtesy of John and Karen Hollingsworth, USFWS Image is available for media use.