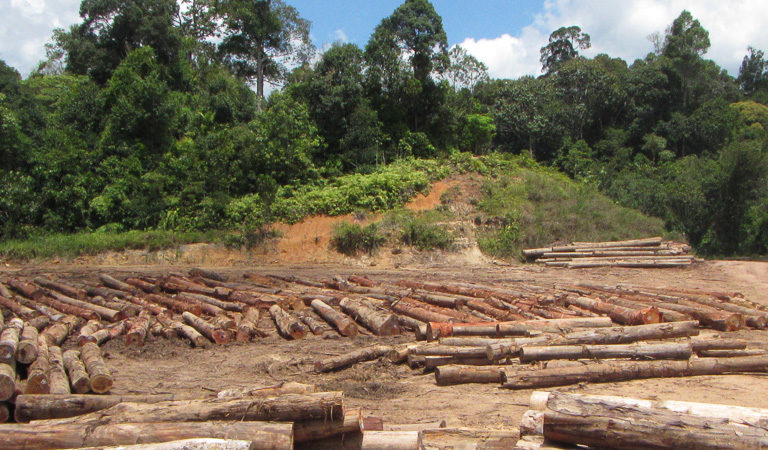 The world has long associated plummeting populations of Southeast Asian wildlife with news of forest degradation and poignant images of deforested lands. Recent studies, however, bring to light another human practice that’s been driving the decline of wildlife numbers in these ecosystems.

Researchers from the Leibniz Institute for Zoo and Wildlife Research (Leibniz-IZW) in Berlin, in cooperation with WWF-Vietnam, WWF-Laos and the forestry department of the state of Sabah in Malaysian Borneo, carried out a study showing that illegal hunting may be a bigger threat to mammals and ground-dwelling birds than forest degradation.

The research, published Oct. 30 in the journal Communications Biology, compares camera-trapping records from logged forests in Malaysian Borneo with a protected eco-region in the Annamite Mountains of Vietnam and Laos where illegal hunting is rampant. The results show a more precipitous loss of species and wildlife populations in the Annamites than in Borneo.

Researchers chose the two rainforest study sites as they have similar habitats. Their recent history, however, has a few noteworthy differences. While widespread logging has degraded many forests in Borneo, the island has faced less hunting. By contrast, the Annamites have experienced exceedingly high illegal hunting, but its forests are structurally more intact.

Both forest degradation and hunting threaten wildlife, but the latter has reached extreme heights in recent years.

“In one protected area complex, the Hue and Quang Nam Saola Nature Reserves, in central Vietnam, forest rangers collected more than 110,000 wire snares over the course of a few years,” Andrew Tilker, one of the lead authors of the study, a Ph.D. student at Leibniz-IZW and Asian species officer at the NGO Global Wildlife Conservation, said in an email.

“[T]his didn’t lead to any noticeable reduction in the overall snaring pressure. It is possible to collect hundreds of snares in a single day’s walk through the forest. In one protected area that we worked in, people have hunted out almost all mammals larger than a rat or squirrel and now busy taking out the last small mammals. It is complete faunal collapse.”

Snaring has pushed many species that live only in the Annamite Range, such as the antelope-like saola (Pseudoryx nghetinhensis) and the Annamite striped rabbit (Nesolagus timminsi), to the brink of extinction.

Snares are as rife as they are easy to construct, most commonly using cheaply available material like motorbike and bicycle brake cables. Hunters come from local communities, larger regional towns and the bigger cities alike to supply the thriving illegal wildlife trade in the region.

“There is little, if any, subsistence hunting in the Annamites,” Tilker said.

Hunters and wildlife traders may send a few high-value species, like pangolins, to major cities or export them to foreign markets. But most of the animals that are captured go to local wildlife markets or are sold directly to restaurants as bushmeat.

“Bushmeat is something of a status symbol in Vietnam and Laos,” Tilker added. “Put simply, if you are a wealthy upper- or middle-class person in Vietnam, and you want to show off to your friends, you go to a bushmeat restaurant and order wild meat.”

Confirming and adding to related studies

Previous research in Southeast Asia has similarly warned thathunting is a more severe threat than deforestationand thatthe use of snares is driving species to extinction. The current study, in which the researchers quantified the severity of the threats, confirms these results.

“Our camera-trapping effort, which scales across 1,000 square kilometers [386 square miles] in both [the Annamite Mountain and the Bornean] landscapes, is much larger than the spatial scale of earlier studies,” Andreas Wilting, a scientist at Leibniz-IZW and co-author of the study, said in an email. “[T]his really helped us to assess biodiversity across entire forest reserves and protected areas.”

Data from such large areas allowed the researchers to estimate which species are either completely missing in a region or occur at such low numbers that they could be considered locally extinct. Wilting added that the study also shows that species that are more resistant to hunting have lower populations in the hunted landscapes than in the logged landscapes.

In addition, the study also shows that habitat-related elements that are observed for comparison, such as canopy cover, are not accurate predictors for species occurrences in hunted regions. That means that some species might occur even in habitats for which they’re only marginally suited — if they are protected from hunting, Wilting said.

“Conceptually and scientifically, this is an important finding,” he said, “as we often assess species distributions based on suitable habitat (that is, forest cover) and hunting related factors are ignored, partly because they are very difficult to capture and are region specific.”

“These results show that logging concessions can be safe havens for mammal and bird communities, particularly if sustainable forest management protocols are applied, following principles of forest certification standards,” Mashor Mohamad Jaini, director of the Sabah Forestry Department, said in a statement.

Equal attention to deforestation and hunting

“Clear policy directions and high-level political commitment in relation to wildlife crime, be it high-value wildlife products such as ivory and rhino horn for international trade, or bushmeat trade within the country, needs to be secured to ensure long-term persistence of these species,” Rawson said in an email.

Tilker said the complex problem of snaring needs to be addressed from multiple angles. The crisis calls for a reduction in demand for wildlife products, strengthening enforcement in protected areas, and conducting education and outreach activities to raise awareness among the general public.

“[O]bviously, this is important,” Tilker added. “But maintaining forest cover is, by itself, not enough. It is possible to have pristine but nonetheless empty tropical rainforest.”

Wilting agrees. “We need to see a shift within the large-scale development aid and governmental funds from ‘forests/habitat protection’ to actual biodiversity protection,” he said.

This article by Nanditha Chandraprakashis, a writer with a passion for wildlife, climate change and environmental conservation, was first published on Mongabay.com on 9 December 2019.  Find her on Instagram: @ayellowmoon.

Why innocent animal are killing, what purpose.

The only good hunter is a dead one.Hunt the hunters!

ALL hunting should be illegal