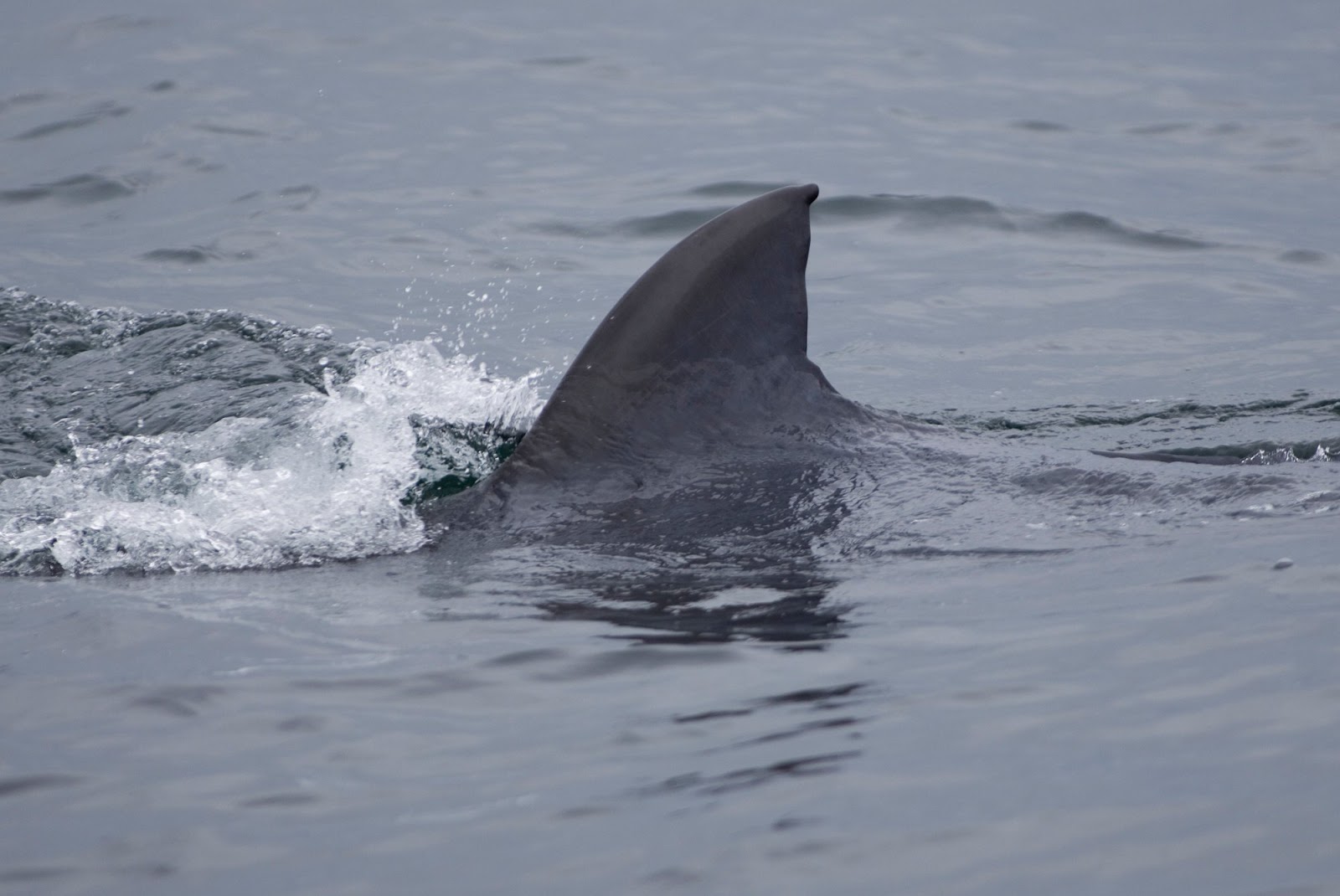 The whale watch operator Sea Life Surveys based on Mull has been covering areas of Hebridean waters since 1982 with the main focus being minke whales which arrive in the summer season to take advantage of the abundant food supplies.

Part of Sea Life Surveys’ work, along with taking groups out to experience the fantastic marine life, is research and photo identification work of minke whales by taking pictures of their back and dorsal fins which tend to have unique shapes, markings and nicks.

This can help build a picture of individual behaviour and movements of the very much under-researched northern minke whale.

In 2002 a whale, encountered and photographed, was easy to distinguish because of its triangular shaped fin with a ‘knobble’ on top.

There was only going to be one name for this newly-identified whale.

For the next eleven years” Knobble” would be recorded every season, apart from 2005, and generally seen in the same traditional feeding grounds. This was evidence of the whales being site-faithful every year after a potential migration of thousands of miles.” Knobble” was a very sociable/inquisitive whale as cetaceans can be in general. He/she would quite often approach the Sea Life Surveys’ vessel, giving everyone on board a great view.

In the 2013 season with Sea Life Surveys, Knobble was encountered 12 times from May to August and the most frequently sighted whale again. We got to the stage where his/her name would be mentioned constantly, even more so than Orcas. Myself and fellow guides Ruth and Rabs got so aware of Knobble’s dorsal fin shape that when he/she surfaced close enough, we could recognise it with the naked eye and immediately shout…”Knobble!”

The story of Knobble was further enhanced when he/she made the national papers about a return to local waters for an 11th year. A good write up was published in the Scotsman, Daily Record and the Press & Journal.

From my experience there is a lack of awareness that great whales are consistently seen in British waters and I think the story of Knobble can help promote this as well as be used as an example of the research undertaken. Its also a great inspirational story for children to capture their imaginations and bring out their wild sides to spark a lifetimes love of nature. You never know we might see a Knobble children’s book in the future, based on true events!

Migration is one of the big fascinations with the natural world and know one knows the movements of British Minke whales in the winter months. Some could stay in waters nearby, others could head south to warmer waters or maybe north in range of whaling vessels in Icelandic / Norwegian seas. What we do know is that the same whales arrive back at their preferred feeding grounds as just is the case with many migratory species around the planet. It creates huge reward and fascination when a ringed / tagged Swallow arrives back to your garden from Africa to the same nest site as the previous year but when you can identify a nine/ten metre illusive wild whale doing this it is pretty special…or should I say Special K…nature at its best!